Log in with Facebook
or
Wrong email address or username
Sign up
Already on BookLikes? Log in!
Incorrect verification code
Please, check your email, the code to access your BookLikes blog was sent to you already.
Enter code:
« Back Send
back to top
Search tags: amy-hatvany 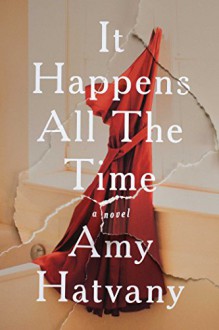 Excellent portrayal of why we need to see predators as human beings; because they are -- complete with their own justifications, reasons, understanding. A rapist is not a shady-looking stranger. A rapist is the "nice man" or "freckle-faced neighbor" -- all rapists are "nice boys" (or nice girls) to someone. Until we get this through our heads, we'll never stem the tide of violation.

This book is about consent. About consent between friends, and how two people can see one interaction in powerfully different ways. It may be a tough read for some, and it's certainly not the greatest book I've ever read, but it's a good one.

I have been loving Amy Hatvany for a while. I was glad to see her newest offering that takes a hard look at rape between childhood best friends, Amber and Tyler. I think that she did a very good job showing both Amber and Tyler's POV and even showing how Amber wasn't the "perfect victim" and why it doesn't matter. Via other characters we get Amber being buoyed up with being told she was not at fault, it be nice in real life if most victims got this kind of support from family and friends.

"It Happens All the Time" begins in medias res. We have a character named Amber holding another character named Tyler at gunpoint. Tyler seems to know why Amber is holding a gun on him, but it takes us a bit to get there.

Amber is home from her senior year of college, hesitant about seeing her childhood friend Tyler. The last time they saw each other, they argued since she accused him of being jealous of her new relationship. Amber is happy though that Tyler has seemed to let things go, and when she pops up engaged, she starts to wonder if she is ready to get married or not.

Tyler has been in love with Amber almost as soon as he has known her. He's jealous of her new relationship and starts jumping for joy when Amber comes home for the summer and starts flirting with him. His ship comes in (so to speak) when he finally thinks he and Amber are going to be a couple after finally having sex. The problem is that Tyler thinks what happened was consensual, Amber in her POV does not. When Tyler realizes that Amber believes he raped her (oh he did btw) he goes through regret, anger and a lot of self justification.

Besides these two characters I have to applaud Hatvany having in some great secondary characters. I do have to say though, Tyler's father was one note and cartoonish in some aspects. But I have to say it was great having Tyler's parents in here doing the whole, of course my son did nothing wrong, and your daughter shouldn't have been drinking crap. How many times are rape victims attacked for daring to drink, wear short clothes, and shit just be out among a group of men.

I loved Tyler's partner who gave him crap as soon as he realized what Tyler did and gave him no quarter. Amber's parents were fantastic and very believable about being angry and not knowing what to do about their daughter who is spiraling in so many directions.

The writing I thought was top-notch. Hatvany does such a good job with both characters voices and always does another great job of including real life thoughts/comments that are made by victims and perpetrators as well. Amber blames herself for drinking, flirting, and kissing Tyler. Tyler doesn't see himself as a rapist, he chalks this up to Amber being like those girls/women who drink too much and then want to blame alcohol and the guy for their choices. FYI, Tyler made me wish he come alive so I could knee him repeatedly. I think this book is a good discussion topic for a book club or other groups who want to discuss consent in this day and age since we still have people (men and women) not getting it.

I do have to bring up the fact that there is also discussions of Amber having a former eating disorder that rears its ugly head again after she is raped. And you can see that Amber still has an obsession (somewhat) of what she eats and how often she exercises.

The setting of this book takes place in Washington state. Sadly, you don't get to read much about the location during this book besides Amber looking to relocate to Seattle and one day become a sports medicine doctor for the Seahawks.

I don't think I can say this book had a happy ending per se, but you can see that Amber is going to do what it takes to become stronger without relying on a man again to make her feel that way.

Wow. Very good. I don't even know to say. What a timely book due to the media focus on sexual harassment and rape right now. 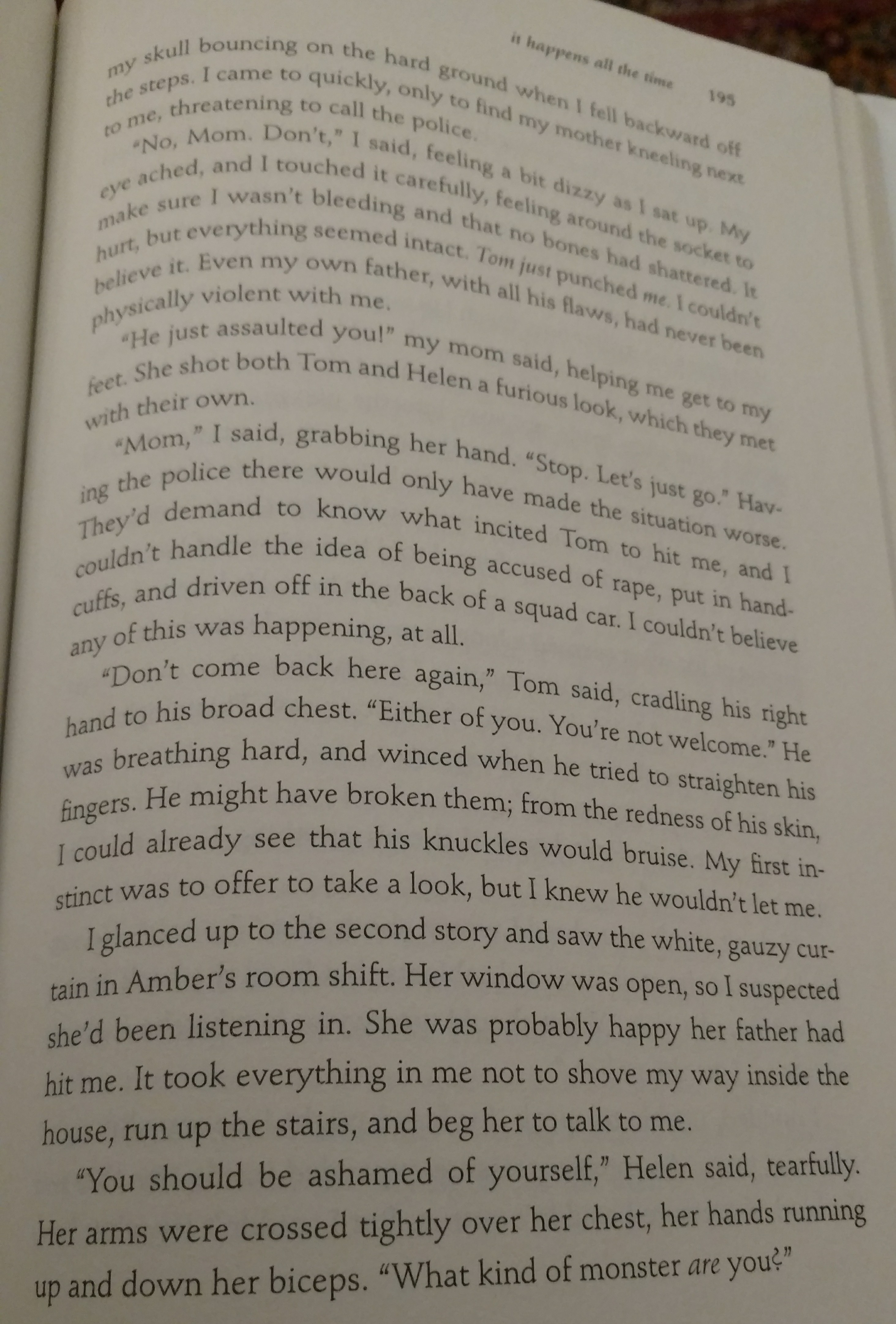 Most women are raped by men they know. Amber is raped by her best friend Tyler who has been in love with Amber for years and feels that she's making a mistake by being engaged to someone else. After an evening of drinking and kissing and dancing Tyler starts to think that maybe finally Amber sees him as the right guy for her. But when Amber says no and doesn't want to continue further, Tyler rapes her. 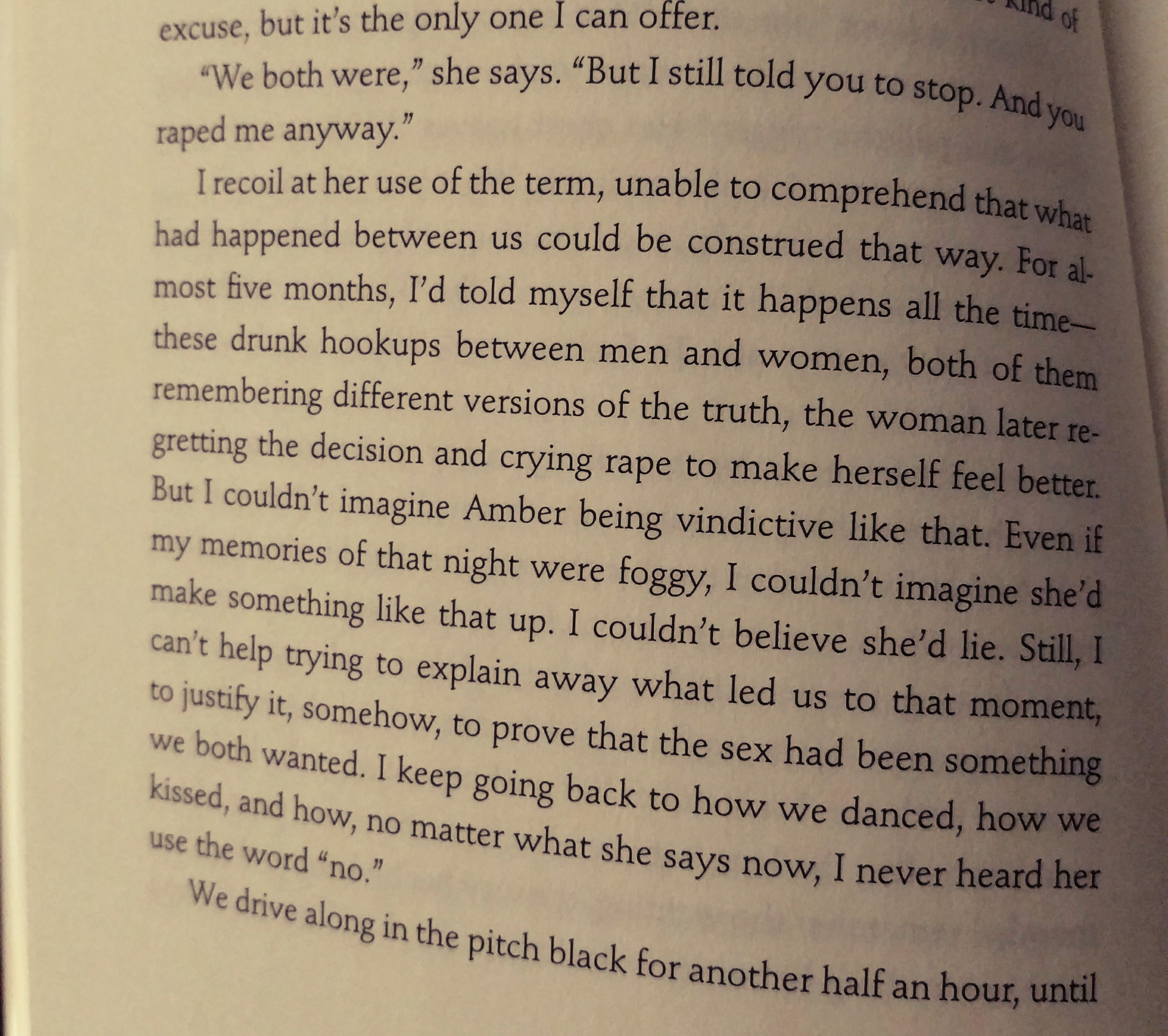