Log in with Facebook
or
Wrong email address or username
Sign up
Already on BookLikes? Log in!
Incorrect verification code
Please, check your email, the code to access your BookLikes blog was sent to you already.
Enter code:
« Back Send
back to top
Search tags: andalucia 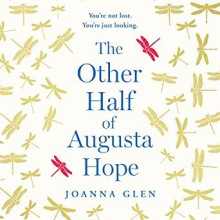 Thanks to NetGalley and to HarperCollins UK/The Borough Press for providing me an ARC copy of this book that I freely chose to review.

This is an achingly beautiful book, one of those books that you read and don’t want to finish because… well, because you know you won’t find many, if any, quite like it. And certain experiences are there to be savoured.

The story starts with Augusta, one of a set of twins (her sister, Julia, was born on the 31st of July, therefore her name, and she was the second born, already on the 1st of August…) living in Britain, whose parents bought the first house in their neighbourhood, and who lead extremely conventional lives (their choice of names for their daughters seems to be the most adventurous thing they’ve ever done). Augusta —who narrates the story in the first person— and Julia are very close, although they are polar opposites (they look different, their attitudes to life are different, and other than their mutual affection, and their interest in Diego, a Spanish boy who moves to the same street, they seem to have little in common). Augusta loves words, reading the dictionary offers her comfort, her favourite poem is one about a pedlar [‘The Pedlar’s Caravan’ by William Brighty Rands], she sees herself travelling the world in a colourful caravan, when given the choice, she takes up Spanish at school —I love her teacher, Mr Sánchez— and starts chasing “el duende” (a concept difficult to translate, but something aficionados to flamenco music, singing, and dancing refer to when the experience of a performance reaches beyond aesthetic pleasure and enjoyment and transcends that, as if speaking directly to the soul), and decides to study far away from home, at Durham University. Her sister, by contrast, wants to make their parents happy, loves to live in their small town, become a nursery teacher, and marries her first boyfriend (the aforementioned Diego).

Augusta picks a country, seemingly randomly, just because she likes the sound of it, Burundi, keeps track of the events there, and she feels compelled to keep a big folder of notes on any interesting news item she comes across about Burundi (because, let’s face it, Burundi does not often make the news). Something happens during a holiday in Spain when they are teenagers, which Augusta is no party to, and the whole family, especially her sister, seem changed by the experience, but they don’t tell her anything, and that makes her feel even more of an outsider.

At the beginning of the book, I assumed that the other half of Augusta was her sister, but I was wrong (although yes, there is some of that as well). Some parts of the novel, alternating with those narrated by Augusta, are narrated by Parfait, a boy, slightly older than Augusta, from Burundi. He has six siblings, and his life couldn’t be more different to Augusta’s, although readers will pick up similarities as well (the love for words and learning, the eagerness to travel and move away, although here easier to justify due to the circumstances his family and the whole country are going through). He also meets a wonderful Spanish character, a priest, Victor, who inspires him. As we read, we start to make connections and the magic of the book envelops us. But, don’t be mistaken. The book is magical, lyrical, beautiful, full of poetry (Augusta loves Federico García Lorca’s poems and his plays, and there are many references and points of contacts with Yerma, La casa de Bernarda Alba (The House of Bernarda Alba), and Bodas de Sangre (Blood Wedding), and there are also references to other poems, cante jondo songs, music, dance, and paintings), but terrible things happen as well to the characters, and although not described in detail (they happen “off-the-page”), they are hard and heart-wrenching. Some we are fully aware of at the time, some we only get to know in their entirety much later on. Like much of Lorca’s work, this is a book about death, grief, loss, and about topics as current as war-torn countries, migrants and refugees, race relations, Brexit, and families. But, there are wonderful and funny moments too, many touching ones (I did cry more than once reading this novel), and, well, the main character’s surname, Hope, is pretty becoming to the story as a whole.

Augusta is a fabulous character, and so are all her family, and Parfait and his, and also the friends they both meet in Spain. (Oh, and Graham Cook and his family. They are priceless). The two narrators are, in some ways, mirror images of each other, or even better, like the positive and the negative of the same image, in old-style photography. None of the characters are perfect, (well, Parfait fits his name well), but all, even the secondary ones, are complex enough, with their good and their bad things (of course, we see them through the narrators’ eyes, but the two narrators are not trying to deceive us here, and this is not a story of unreliable narrators, at least not intentionally so. They might be mistaken in their judgements or impressions, but they never try to lead the reader down the garden path). The places, especially La Higuera, the house in Andalucia and the town around it, become characters in their own right, and the writing is fluid, and gorgeous. The ending is also pretty wonderful, in case you were wondering.

I highlighted so much of the book that it was almost impossible to choose something to give you an idea of what the writing is like, but I’ve tried. In the first one, Augusta shares an anecdote that beautifully illustrates the different approaches to life of the two sisters.

We were given tricycles, mine, yellow, and Julia’s, pink. Julia drew chalk lines on the drive and spent the day reversing into parking spaces. I rode out of the drive, turned left, curved around to number 13, at the top of the crescent, twelve o’clock, crossed the road precariously to the roundabout and drove my trike into the fishpond singing ‘We All Live in a Yellow Submarine’.

There are places —aren’t there? Places which are so full of feeling you hardly dare return to them.

‘Do you think our brains will gradually evolve to hold less and less information? And soon we’ll be Neanderthals again but with iPhones?’

‘I suppose that could be a good definition of love,’ I said. ‘Crying for another person —like their pain is yours.’

In sum, if you love quirky and wonderful characters, you want to read about Spain, Burundi, and poetry, you enjoy beautiful writing, and you don’t mind having a good cry, this is the book for you. Personally, I can’t recommend it enough. And I look forward to more novels by this author. 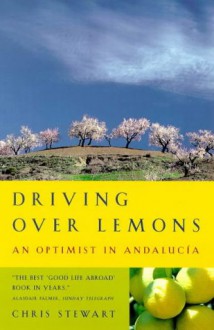 I really enjoyed this book until the end...and then it just kind of stopped! I was like, what just happened?? But it was a fun look at this family's life in Spain.
Like Reblog Comment

Hah - how serendipitous. As dear M unfolds Stewart's laid back tales, dear Auntie gives us the fraudio.
Like Reblog Comment