Log in with Facebook
or
Wrong email address or username
Sign up
Already on BookLikes? Log in!
Incorrect verification code
Please, check your email, the code to access your BookLikes blog was sent to you already.
Enter code:
« Back Send
back to top
Search tags: ariadne-oliver-5 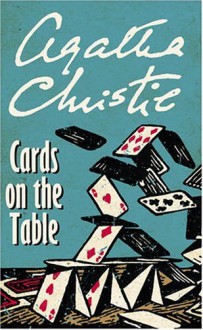 I know that there was some discussion around buddy reading Cards on the Table next. Given that we are already into the month of June, we can either plan to read in late June, or wait until July. 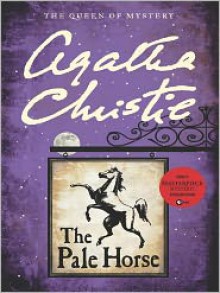 The non-Poirot or Jane Marple books are usually hit or miss for me. However, Christie does a great job with this one. The book is slow moving at first. We follow a man named Mark Easterbrook who narrates the majority of the book. Initially we don't exactly know what's going on, we just know that there are some deaths that are somehow linked to a place called "The Pale Horse." It took me til about the 20 percent mark to get really into the book. I liked Easterbrook and was delighted with Mrs. Oliver for popping up too. She gets strong armed to sign some books at a village fete by Easterbrook and makes mention of not liking fetes after what happened at the last one she was at (Dead Man's Folly).

"The Pale Horse" follows Mark Easterbrook (who appears to be a historical writer or novelist....still unclear on that) who seems to be drifting through his life. He has a steady relationship with a woman named Hermia who he is slightly fond of, but who he finds dull. When he witnesses two young woman tousling over a young man at a coffee bar; he finds out one of the woman's names (Thomasina Tuckerton known as Tommy Tucker) and learns later that she died after reading her obituary. The book then shifts to Father Gorman who is called to give last rites to a woman who is dying. Whatever he learns disturbs him so much he goes off and writes down names. Too bad for Father Gorman that someone ends up murdering the man, not realizing that he tucked the list of names into his shoe. When the police are called up, they are flummoxed about the list of names. They realize some of the names are of people who have died, but have died of natural causes. Then we switch back to Mark and him getting pulled into the investigation.

There are a lot of characters in this one, but Christie does a great job with all of them I thought. I liked Mark. We get some reveals about his backstory that surprised me. I did like that when he ends up realizing where The Pale Horse is (near one of his relatives) he acts as if he isn't interested in going there after what many of the inhabitants say about the three women who work there. When he realizes that Hermia is not taking his concerns seriously, he goes to the local vicar's wife who believes him and also ends up getting assisted by Mrs. Oliver who gives him some suggestions about forming a partnership with Ginger Corrigan (a young lady he met when he initially came to visit his relatives).

I really enjoyed Ginger a lot. Her and Mark definitely realize something is up with The Pale Horse and refuse to just let the police do their investigation.

I also liked how Christie did foreshadowing in this one. We have Mark, Hermia, and Mark's friend and his date talking about MacBeth and the three witches and how unrealistic they are when you get into their speech and how actors portray them. I liked how Mark's friend said what would be more scary would just be three ordinary women in a village who many have come to fear. When Mark meets Thyrza Grey, Sybil Stamfordis, and Bella Webb, I got why he felt uneasy around them. Here are the three modern witches that his friend warned him about and Mark becomes afraid they do have real power to cause someone to get sick and die.

The writing was very good and I have to admit that I didn't see the ending coming at all. Per usual, smartly done by Christie.

Ariadne has not shown up yet. We have been witnessed to a fight between two women over a man though. And the narrator (so far) is Mark Easterbrook who appears to be a novelist and is dismayed at how dirty young women look nowadays. When Mark reads an obituary of one of the young woman who was in the fight (Thomasina Tuckerton known as Tommy Tucker) he wonders what happened.

I just realized I can read this for the book portion of Dia de los Muertos!

Book: Re-read an old favorite from a now-deceased author, a book from a finished (dead) series, or a book set in Mexico.