Log in with Facebook
or
Wrong email address or username
Sign up
Already on BookLikes? Log in!
Incorrect verification code
Please, check your email, the code to access your BookLikes blog was sent to you already.
Enter code:
« Back Send
back to top
Search tags: arthur-eddington 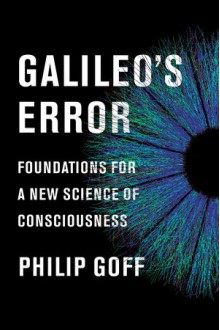 Somewhat past the half-way point now, this book is becoming fascinating. I’ve read four thought experiments and am ready to tackle panpsychism, whatever that is. I expect I’ll find out in the last hundred pages. Panpsychism wasn’t discussed in his undergraduate philosophy classes, Philip Goff tells us. Learning of panpsychism rekindled the author's interest in philosophy. With renewed interest he began graduate studies. No surprise here. Dualism clashes with everything scientific, while extreme Materialism considers consciousness to be an illusion.

What reignited Goff’s interest in philosophy was his discovery of “Analysis of Matter” published in 1927 by Bertrand Russell. The astronomer, Arthur Eddington immediately embraced the book. Sadly, Russell’s ideas lay dormant after World War II. Goff is helping to revive them.

“Pointer readings” is how Eddington described scientific knowledge. Science never defines the intrinsic nature of anything. Instead, it only reveals “causal relationships” and “physical constituents.” Such a tool can never describe consciousness or any non-material object. A broader tool is needed. And here begins the panpsychism argument.