Log in with Facebook
or
Wrong email address or username
Sign up
Already on BookLikes? Log in!
Incorrect verification code
Please, check your email, the code to access your BookLikes blog was sent to you already.
Enter code:
« Back Send
back to top
Search tags: author-laurell-k-hamilton 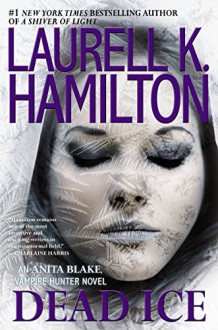 DEAD ICE was an enjoyable read, though if you are looking for this book to be more plot than relationship focused then you’re out of luck. Most of this book is about Anita and her fellas trying to find a balance because things have changed. Don’t get me wrong, I did enjoy the focus on the relationships – though, I have to confess that I reached about three-quarters of the way through and I was beginning to worry what was going on with the mystery plot.

The relationship dynamics in the book are as interesting as always, it was nice to see Anita so comfortable with Jean-Claude thinking back to how they were at the beginning of the series. Hamilton provided some interesting new (and old) twists on the relationship dynamics, and I’m really hoping one will pan out the way I’d like as I think it has been a while coming – alas, I will probably have to wait at least another year to see.

There is a lot going on in terms of relationship dynamics in this book, and I really enjoyed watching all the different threads unfold. I particularly enjoyed the scene at the beginning of the book (which was printed at the end of AFFLICTION) where Anita is with Sergeant Zerbrowski as I think Hamilton writes the friendship/work colleague relationship the two have brilliantly. There were a few other scenes that I think Hamilton wrote skilfully, but as I don’t want to give away spoilers I cannot go into detail – or give hints. Sorry. But I also cannot leave them unremarked upon, and this is the best I can do.

The ending of DEAD ICE was nicely done; Hamilton draws the line through the mystery of this book, but leaves the ending open enough that I am dying to get my hands on the next book which she hasn’t even started yet. Such is the joy of keeping up to date with a series that is still being written. But at least Hamilton adds to her series annually, and I cannot thank her enough for that! 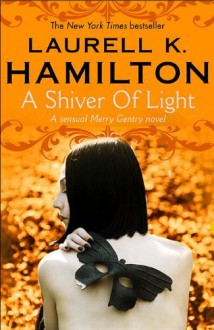 A SHIVER OF LIGHT is the latest installment of Laurell K. Hamilton’s MERRY GENTRY series. A SHIVER OF LIGHT takes place several months after the end of the previous book in the series, DIVINE MISDEMEANORS, with Merry due to give birth only days away. Life is, of course, never easy or quiet for America’s only faerie princess.

I cannot belive that it has been five years since DIVINE MISDEMEANORS was released. It seems like the eighth MERRY GENTRY book was released a long time ago, and yet at the same time it feels like no time has passed at all. I am a fan of Hamilton’s take on The Fair Folk, so I have been looking forward to getting my hands on a copy of this book for a while. Hamilton’s alluring monsters and their politics are fascinating to watch on the page.

A SHIVER OF LIGHT wasn’t quite what I was expecting from Hamilton, which isn’t to say the book didn’t blow me away – it did – but for me personally it didn’t quite have the magic of the previous books in the series. I think a lot of that was down to the fact that A SHIVER OF LIGHT focuses much more on the interpersonal relationships of the characters, rather than court politics or a murder mystery as the previous books do. As such, sometimes I felt that the transition between chapters felt a little choppy and oddly balanced.

As always Hamilton did a brilliant job conjuring the world and characters. I actually quite enjoyed how Hamilton handled the introduction of children to her narrative. It felt very believable, and it was interesting to see how the characters adjusted to the change in their lives. There isn’t actually a lot of sex in this book because of this – Hamilton keeps a healthy dose of realism in this, I think.

There isn’t much of a plot arc to A SHIVER OF LIGHT, it’s much more of a character arc which considering it has been five years since we’ve had a new adventure in this world was a little disappointing – hey, I’m always up for more pages ;) – but still compelling to watch unfold. The ending of the book blew me away – honestly, I’m still reeling a little! But there was almost a note of finality to it, like this might be our last adventure with Merry and her men.

If you have enjoyed Merry’s adventures so far, then I don’t think you will be disappointed with A SHIVER OF LIGHT. It is a brilliant addition to the series.