Log in with Facebook
or
Wrong email address or username
Sign up
Already on BookLikes? Log in!
Incorrect verification code
Please, check your email, the code to access your BookLikes blog was sent to you already.
Enter code:
« Back Send
back to top
Search tags: blah 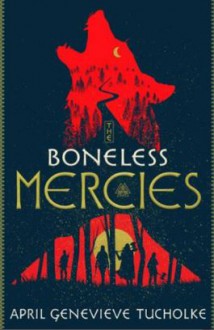 Starting out this book held so much potential. The first few pages had me sold and I was sure that I had found my next great read. Well, boy was I sure disillusioned! A common theme that became increasingly obvious was the lack of diversity. Which is already one of my biggest peeves, when it comes to modern fiction. It's 2019 at this point it is highly unrealistic that every character is heterosexual! Like come on now, it's highly unbelievable that given all the cultures within the book; that everyone is straight. Plus the blatant way the author has to point out that their straight is even more puzzling, as to why that is needed.

While there were some points within the stories that I enjoyed, such as learning about each character's background and the section with the Sea Witches and the Cut-Queen. The brief backstory is all we as the reader get, and there's not a lot more depth than that. I wanted to see more than just the base of what we got. A lot of the characters were just very bland, it feels like there was little to no character development. The pacing of the story was rather slow, but when it came to the action scenes everything was over too quickly and came too easily for the characters. Plus it takes half the book to get to the actual plot which is wrapped up just as quickly as all the rest of the scenes. I spent half of the book being so done with it all, but I was already that far along so I didn't want to drop it. By the end of it, I was just relieved to be done with it, and that is not a fun feeling upon finishing a book. 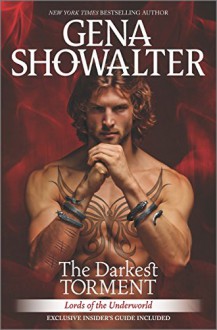 The Lords of the Underworld are among my top ten favorites series of all time. I love the world that came from Showalter's amazing mind. She keeps my attention, and makes me hate the between books times.

This one is possibly my least favorite book. I feel the characters were not as developed as in the other books. This lacked the WOW factor for me. I want to read about swords, harpies, demons, angels... This was not what I expected. The writing seem subpar to what I have grown accustomed to from the previous books. Almost to the point where I wonder, ghostwriter? Hopefully the next will be better, This is short so, I went into this not expecting much of a story. Everything g that happens is: pouson, rescue, sex, poison again, big kick, sex. Bleck! Boring characters, which all I know about them is that one is an elf, one can do a karate kick, and they like to fuck. Plus half a star cause at least the sex was hot, even though if I had to judge the character's intellegence I would compare it to that of a rabbit. I said rabbit because they like to screw a lot too. Waste of time.

If, after I am not hurting, I change my mind about this later I will change this review. I doubt I will though. 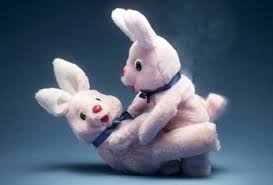 TW's: for those who are squeamish about ongoing talks about blood
(like myself -_-)

Sorry, but as you can see I just couldn't turn click another page.

In the twenty eight percent that I read of this, there was nothing that would compel me to keep on reading it.
Sure, at the beginning I felt sorry for the girl. Okay, I still do. Having to live with such a medical condition would be hell _ Thrombocytopenia_, but I do not want to read a full book on the subject!
And so far, all I am getting is "low platelets accounts" "blood tests" "poor me".
And of course syringes. -_-

And no, Penelope's medical condition shouldn't be used as an excuse for the fact that she sounds like a spoiled eight year old. Just on the contrary.
She's used to living with it, therefore some backbone was to be expected.

Sorry, but nothing in it is working for me.
DNF 2015 releases 2015 reads not my cup of tea coffee or anything ya tstl juvenile blah blah arc netagalley
Like Reblog Comment
show activity (+) This was a little 'blah' for me. But I think I don't care for monster stories. I don't like twiddling my fingers and waiting for characters to be picked off by the monster. I also didn't like how predictable it was for who would die. It was like Child was mainly killing off the jerky characters. While I am not saying that I want to see likable characters killed off, it seems too calculated to establish a character as a putz and then kill them off. It was a bit sadistic of the author, quite frankly. Also, there were characters I didn't know if they made it at the end of the book. Honestly though, I wasn't too sad about one of the characters who got eaten. That's terrible of me, I realize it.

I did like the descriptions of the frozen North a lot, but that's because I love cold weather and winter settings. I live in Texas, so I don't get nearly enough 'winter.' When I feel hot and I really miss winter, I even day dream about there being a good two feet of snow on the ground and playing in the snow. That crunching sound it makes when it's a newly fallen powder. Yup, that's how much I love winter and snow.

Probably my favorite part of this book was the look at winter as a brutal adversary in itself. Now that I could get behind. My favorite part was when the refugees from Camp Fear had to drive across two ice lakes. That was fascinating and it was probably the most exciting moments of the story.

I didn't quite like the concept of the predator itself. It never came together as concretely as it should have. Also, some characters who had promise were underutilized. Logan promised to be an intriguing character, but he was barely in the book. Also, Marshall didn't have much charisma as a lead. Considering his tragic past, I think he didn't have his fears challenged enough in the long run. Usuguk felt a bit one-dimensional to me. The native shaman who provides spiritual/cultural background for the story.

I think this book is a low three stars for me. I rarely give under 3 stars, so getting a three isn't a compliment per se. It's more like saying it's a blah book that didn't offend me enough or I didn't dislike enough to rate lower. It wasn't a bad book, by any means. Just mediocre.

I am thankful for the suggestion to read this for our Action/Adventure Aficionados group read. It was pretty listenable as an audiobook. I am grateful that I found it at my library in audiobook, but I don't think I could have committed to finishing this in print. It just didn't get me excited enough.
thriller Horror Arctic Blah Monster Story winter or cold setting
More posts
Your Dashboard view:
Reviews All Text Photo Quote Video URL Activities
Liked posts Top Tags
Press About Terms of Services Privacy Policy Contact Us Blog FAQ Patronaty medialne BookLikes for Authors Partners panel more...
Team Themes Docs API Blogs
Copyright © 2020 BookLikes