Log in with Facebook
or
Wrong email address or username
Sign up
Already on BookLikes? Log in!
Incorrect verification code
Please, check your email, the code to access your BookLikes blog was sent to you already.
Enter code:
« Back Send
back to top
Search tags: cassandra-rose-clarke 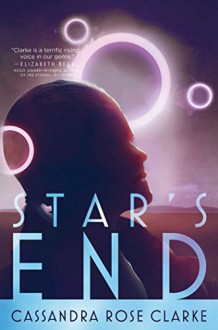 Man, I really like Clarke's stuff. Not real flashy, but emotionally detailed.

My latest at B&N SciFi & Fantasy

How do I go about changing an entry? Four Sisters is the working title of this novel, not its actual title. Which is Star's End, and quite good. Maybe not as affecting as her other stuff, but still something that I'll be thinking about this week. 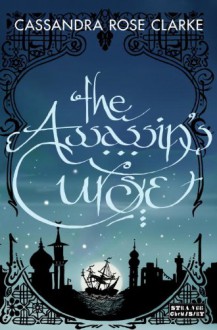 The main character of this book has such an unique voice, and is probably one of the very few heroines in YA/fantasy that I have absolutely adored. She's funny, kickass, caring, honest and such a good person all in all (putting aside her pirate ways).

I'll finish my review later because right now all I want to do is sit down and start reading the second book. 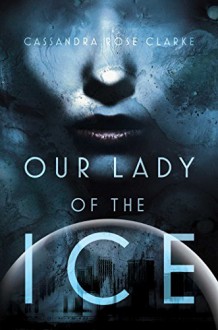 I'm a huge fan of Philip K. Dick, and I adored this speculative, alternate reality book. It's been labelled "steampunk" in a lot of reviews, but that's very misleading. Steam powered droids do not a steampunk novel make. It's really a genrebuster and speculative scifi at its best. An no, there are no rockiets, or aliens. Those aren't necessary for scifi.

There's romance and heartbreak, and questions about what it really means to be human, when is a terrorist a freedom fighter and the reverse. It's also a detective story.  A wonderful book I didn't skim once.

Hope City, Antarctica. The southernmost city in the world, with only a glass dome and a faltering infrastructure to protect its citizens from the freezing, ceaseless winds of the Antarctic wilderness. Within this bell jar four people–some human, some not–will shape the future of the city forever:

Eliana Gomez, a female PI looking for a way to the mainland.

Diego Amitrano, the right-hand man to the gangster who controls the city’s food come winter.

Marianella Luna, an aristocrat with a dangerous secret.

Sofia, an android who has begun to evolve.

But the city is evolving too, and in the heart of the perilous Antarctic winter, faction will clash, dreams will shatter, and that frozen metropolis just might boil over… 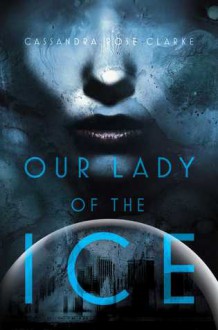 It's the time of the year when I look at my TBR pile of dead-tree books and realize I only have a few months to get through it before I get another book bag at this year's World Fantasy Convention. So I may be reviewing more trad-pubbed books than usual over the next few months.

Our Lady of the Ice is steampunk, I guess. Around the turn of the 20th century, developers built a weatherproof dome in Antarctica and put an amusement park under it. They also built a city under the dome for the people who would work in the park, and called it Hope City. But they also built robots, some more humanoid than others, to work in the harsh climate. As the novel opens, it's been several decades since the park was shut down. The infrastructure may (or may not) be decaying, and many people want only to escape to the mainland. That's the dream of Eliana Gomez, a female private investigator -- but she hesitates because it would mean leaving her boyfriend, Diego Amitrano, behind. Diego works for the gangster who controls much of the city, but Eliana wonders how deep Diego is involved. At the same time, a society woman named Marianella Luna has teamed up with a city council member to champion a proposal to grow crops under the dome, thereby making Hope City less dependent on the mainland. But the androids in the park are gaining sentience, and they have their own agenda. And Marianella harbors a secret that could bring ruin to everyone.

I enjoyed the book. Eliana and Marianella are appealing characters, each in their own way. And Sofia, an android and another point-of-view character, was well done. My favorite character, though, might be Luciano, another of the androids, who is not as far along in his development as Sofia in some ways, and yet farther along in others.

The book has a noir feel to it, what with the gangsters and the winter darkness. The dome frames the story: it keeps everyone alive, but it also traps the characters and their corrupt society.

I would recommend Our Lady of the Ice to readers who enjoy alternate history, noir fiction, and androids.