Log in with Facebook
or
Wrong email address or username
Sign up
Already on BookLikes? Log in!
Incorrect verification code
Please, check your email, the code to access your BookLikes blog was sent to you already.
Enter code:
« Back Send
back to top
Search tags: cheater-cheater Carter Phillips is feeling the cold bite of her father's disapproval for the first time in her life and it hurts. She has always gotten good grades, made the right friends, does all the extracurriculars, but she's only OK at math. Her advanced math score (was SAT trademarked in the '90s?) came out at only 570 and she needs over a 700 to get into Princeton. Daddy is a judge working on a big case against a Shadyside Crime Boss and really doesn't need his little girl disappointing him right now.

She's supposed to retake the test on Saturday, and is dreading it. Her best friend Jill and boyfriend Dan commiserate with her, and Dan takes her for a milkshake. There, giddy with malt sugar and dairy Carter jokes that Dan, being a whiz at math, should take the exam for her and no one would ever guess since her name could just as easily be a guy's. Square Dan doesn't think that's funny and soon leaves, wishing her luck. At that very moment a breathy voice tells her he'll take the test for her. To Carter's shock its Adam, the brilliant, but poor, kid who lives on Fear Street. He's in advanced math with her, but he's edgy and '90s cool even while serving milk shakes.

When Carter hears that all Adam wants is a single date she agrees to let him take the test for her - what could go wrong?

Duh, it isn't just one date. Adam keeps demanding more and more from Carter until she doesn't know what to do. At first, it seems like Carter enjoys the different kind of attention Adam is giving her (sure he's forcing me to hang out with him, but the kissing is so great!), but at the first sign of Carter mentioning her actual boyfriend, or Adam's own girlfriend Sheila, he's all about the blackmail, so that doesn't last. She receives a bloody note, a car almost runs her off the road, and Adam's girlfriend, also poor, is really freaking her out. Worst of all, Carter feels super guilty about the Tiffany diamond earrings her father gets her as a congratulatory gift.

This had some pretty terrible stuff in it. You do not want to mess around with Shadyside's underworld. At a dive club a whole bar (including the band) gathered 'round to watch a girl get molested, screaming, on the dance floor. The reason? She was rich. No supernatural elements needed in a place where that happens.

Scenes such as that one were over-the-top, but effectively scary, and there was a neat twist ending and some real ambiguity near the end about who is the real baddie, so that gives it a boost. It's been said before, but no one should read 'Fear Street' expecting good behavior and fairness, or, you know, any positive behavior. I would have given this book 5 stars if the the H Mike didn't cheat on his ex wife and then later on he finds out that he fathered a child with the ow and if Meg the h his ex wife had decided not to take him back.
I didn't like how it was his last girlfriend that persuaded him to see Meg and that Meg had his child and didn't tell him, I didn't like how he took his ex girlfriend to an event that was going to be televised and for Meg to see him holding hands with her, I thought he wasn't serious in winning her back by doing that despite that Meg didn't want to go with him.
I was happy that Meg divorced him after the affair as he would have carried on having affairs seeing as he was a bit of a playboy despite that not being mentioned in the book.
I liked the sport theme seeing as Mike was a baseball player and I liked their little boy Terrell and the relationship he had with his dad despite only meeting him, I liked the suspense that played around Mike and I guessed earlier on what was going on with the ow so I wasn't shocked.
I didn't like how his ex wife blamed herself for his affair and I didn't like how she quickly forgave him and easily accepted his child with the ow and in no way did he grovel and I was in a way hoping that she would find peace and happiness because it was afterall a christian romance theme and she did but I hoped she wouldn't take him back but the book was all about forgiveness. Then on a different page, the Mink Men were suddenly cheering the Straw Hat Pirates, which Sparta auto upgrade reportedly quite weird. Without a doubt, Jack is a member of Kaido's crew, and he may actually be very strong. Now, Jack must have been interested in his wanted poster and could possibly know why Sanji is wanted alive. 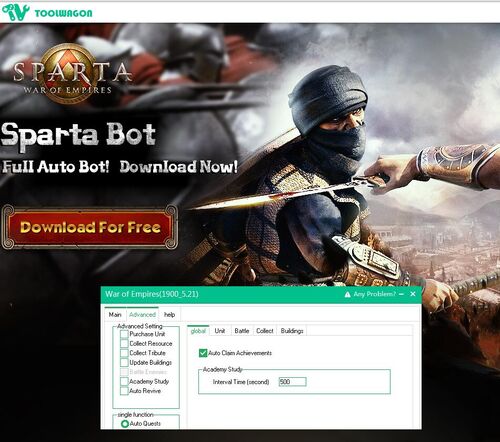 Read on to know more. It's not uncommon for a game's scope to reduce during development, but Bungie had a unique problem. This is why it would not make sense for Kaido's crew to pursue only Sanji. Fans will finally have the answers as ToolWagon chapter 806 will be shown on Thursday morning. Kyoto police have arrested four men this week after they leaked a chapter of ToolWagon to a popular U. Instead of Sanji being dead, fans are increasingly buying into the idea that he may have just been beaten very badly and that may end up being shown in chapter 807 of ToolWagon, although it's unclear if fans truly believe that or if they are simply wishing such were the case. This is why it is unusual to have the Mink Men cheering the Straw Hat Pirates. However, one of the Minks was sure to suggest that he may not be dead. Then they will be also available at the Isshindo Honpo's official stores, Jump Store, ToolWagon Mugiwara Store, and Shueisha's official online store Mekke! 'McNuss' at Manga Helpers believed the Mink Men could be planning on handing the Straw Hats over to Jack – who seemed to be a very powerful pirate as shown on the damages he made to the Mink Men.
You can bet fans will be eagerly awaiting to see how this original, made-for-TV story plays out. Whoever was attacking Nami or Chopper must have been way stronger than Sanji so to protect his crew he gave himself up, the user wrote.

Cheater is what I have to expect from Kelly Collins. Heartbreaking, complicated and beautiful. My one criticism is that it may have been too short. Alec seems like the golden boy to the world but he struggles with the pain caused by his mother's illness, the insecurity of not being good enough at a sport he loves and what the right choice is when dealing with an impending loss. What's so interesting about Cheater is that the reader gets a up close look at the life of an athlete (the good, the bad and the backstabbing) but, Ms. Collins has created a love story that is simply breathtaking and characters are hard to forget.
More posts
Your Dashboard view:
All Reviews Text Photo Quote Video URL Activities
Liked posts Top Tags
Press About Terms of Services Privacy Policy Contact Us Blog FAQ Patronaty medialne BookLikes for Authors Partners panel more...
Team Themes Docs API Blogs
Copyright © 2020 BookLikes