Log in with Facebook
or
Wrong email address or username
Sign up
Already on BookLikes? Log in!
Incorrect verification code
Please, check your email, the code to access your BookLikes blog was sent to you already.
Enter code:
« Back Send
back to top
Search tags: children-and-young-adult-books 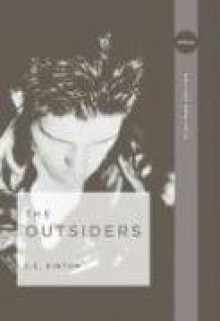 This is hard to review as an adult, but knowing I feel pretty safe in saying that 12 year old me would not have rated this very highly, either. It was slow to get going, the main character made frustrating choices, and the ending fell a bit flat for me. This was okay for what it was: A guide of the show aimed at younger readers. It offers an overview of the show, brief descriptions of the major characters, and an episode guide for seasons 1-4.

However, the organization was haphazard at best, AND they kept mixing up the various Harrison Wells doppelgangers. For example: Using a picture of Earth 2's Harrison "Harry" Wells on the character profile of Earth 19's Harrison "H.R." Wells. I know they all look alike, and I know they're all played by Tom Cavanagh, but they are not interchangeable. That kind of mix-up should not happen in an official book.

Also, if you already didn't know, Harrison Wells (in pretty much all flavors) is my favorite character, so that really didn't sit well with me. This just didn't work for me at all, and I'm so disappointed. The synopsis made it seem like it should be right in my wheelhouse, but it just wasn't.

I think my main issues were with the main characters, Audrey Rose (whose POV we read from) and Thomas, her love interest. I didn't like either of them. He came off as a pompous know-it-all, and she was insufferable and judgemental. She's also supposed to be a feminist character, but it falls a little false when she's judgemental about other women who like the more traditional feminine things of the era. That whole, "I'm not like the other girls" vibe that drives me crazy. She also had several TSTL moments in the book.

The romance fell flat. I felt the pair had zero chemistry.

The identity of "Jack" was obvious extremely early in the book, though the author tried to lay a false trail by dropping anvil sized hints that it was actually someone else.

I didn't hate the writing, and I did like the part where Audrey Rose stood up to her father, and the bonus chapters from Thomas' viewpoint at the end of the book were good, as well. I wish we'd been able to read from his POV sometimes during the novel. Maybe I'd have found him a bit more likeable, but by the time I got to the bonus chapters, it was too little, too late. This was the review I posted back in 2008 when I first read this book:

I love these little side books, this one and the two Hogwarts text books that came before. They're great fun to read and really add to the illusion of a 'real' magical world.

This book consists of five tales, the magical equivalent of Muggle fairy tales. All five are charming--a couple are quite dark--albeit quick reads, but in my opinion very satisfying.

I enjoyed reading Dumbledore's notes at the end of each tale along with the footnotes added by JKR.