Log in with Facebook
or
Wrong email address or username
Sign up
Already on BookLikes? Log in!
Incorrect verification code
Please, check your email, the code to access your BookLikes blog was sent to you already.
Enter code:
« Back Send
back to top
Search tags: christina-kovac 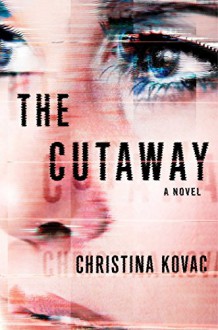 Knightly is a producer for a news network. She also has a troubled history with her family and basically a photographic memory. Those traits cause her to focus more on aspects that others might overlook. She sees a piece on a missing woman and can't let it go. Most everyone in her life seems to be trying to hinder her digging deeper into the woman's story. Murder, mystery, politics, detectives, witnesses and more come into play. She isn't a cop, but she is an investigative journalist out to connect the answers and expose the coverups. She's a likable lead, and the storyline is great at keeping the reader hooked and guessing. Anyone could be guilty. The Cutaway was a win for me, and I'm definitely going to be following this author's future works.
***Copy given in exchange for an honest review***
Fangirl Moments and My Two Cents
Website / Facebook / Twitter / Google+ / Pinterest / Goodreads / Tumblr / Bloglovin' / Instagram
thriller crime Murder-mystery Washington DC
Like Reblog Comment

Virginia Knightly was the only female news person in her office…an office that seemed to be falling apart. They needed a big story, and the new boss wasn't helping hold it together. Virginia got demoted, and then a new face appears. This new face takes the position of another of Virginia's friends on the news staff.

All this is happening while a huge news story about the murder of a high profile lawyer is taking place.

Everyone is fighting for news, and a lot of people including the police force, politicians, and even the press were not being up front and honest about everything. Meanwhile Virginia took on things she really shouldn't be doing alone.

THE CUTAWAY takes us into the world of TV news bringing out all the hard work and investigation reporters and newscasters do. The characters are marvelous and so well developed that you can actually visualize them and consider them "real" people that you may even know.

The story line held my interest and slowly but cleverly led you to the end along with many guesses as to who had "done it" without my actually guessing correctly.

An excellent debut that slowly drew the reader into the meat of the story line, gave hints to something bigger, and kept me reading. 4/5

This book was given to me free of charge and without compensation by the publisher in return for an honest review.

I liked this story well enough even if I didn't love it. I think that the newsroom setting was one of the strengths of this book and it did add a rather unique quality to the story. Unfortunately, I was never completely hooked by the story. The mystery was interesting but I just never found myself truly invested in the story.

This story is told from the point of view of TV new producer, Virginia. When Virginia sees a missing poster for Evelyn, she knows that she has seen her face before. She remembers Evelyn being in another piece on the news station as a cutaway shot and she is drawn to her story. As Viriginia works to find out what happened to Evelyn, she soon realizes that the case may be much bigger than she originally thought.

This book actually had a whole lot going on. Probably too much if I am being honest. While Viriginia was working on this case, it seemed that her whole world was falling down around her. There is a big shake-up at the news station that makes everything tense. Virginia's personal life is also a major focus with past relationships, new relationships, and family making an appearance. These topics were interesting but it seemed to change the focus from the mystery so often that I had a hard time keeping track of everything and I don't think that it always added a lot to the overall story.

The overall mystery was rather complex. This book did take a lot of twists and turns that I didn't see coming but there was nothing that was truly unexpected. I thought that the mystery did make sense in the end. As the mystery really started to unfold, the excitement levels increased. I did enjoy the newsroom perspective and thought this felt rather authentic.

This is a book that I am glad that I read and I think that mystery readers will enjoy the newsroom point of view. I thought that this was a solid debut novel from Christina Kovac and I look forward to reading more from her in the future.

I received an advance reader edition of this book from Atria Books - 37 Ink via NetGalley.

Initial Thoughts
I liked this one even if I didn't love it. It was interesting to see a case solved by someone in a newsroom. This one took a few twists but there was really nothing that was completely unexpected.

Christina Kovac delivers an intriguing suspense; highly-entertaining action debut, THE CUTAWAY —a brilliant and tenacious TV news and producer uncovers a video and sets out to discover the whereabouts of a missing female attorney while discovering something even more sinister.

From power, greed, dirty politics and corruption in Washington, this heroine will not stop until she has uncovered this dangerous web of deceit.

The author brings a wealth of her own experience managing Washington, DC newsrooms and producing crime and political stories as well as a TV journalist from the top networks to the pages as her story comes alive.

A beautiful woman, Evelyn Marie Carney an attorney; has gone missing in Georgetown. The Metropolitan Police Department is looking for this woman, last seen on Sunday.

TV news producer Virginia Knightly thinks she may have seen this young attorney somewhere. Most likely not in person; perhaps a cutaway shot, one of those quick flashes of video used to show a reaction. She was uncertain.

Evelyn was a recent law school graduated and worked at a prestigious firm. On the night she disappeared, she had dinner at a restaurant in Georgetown. She left alone. Police recovered her car abandoned not fifty yards from the restaurant.

Knightly has a memory, which is not exactly photographic; however, things, places, details, and events burn a permanent place in her memory, which is a gift at deadline. She can recall the angle of every frame, where it was shot, and what time of year, and the specifics. Armed with this kind of information can also be dangerous.

She loves telling stories, on or off camera. However, she may get more than she bargained for. Dark money.

Soon Knightly suspects foul play and begins her own investigation. Investigators seemed more interested in Evelyn’s martial problems. A martial separation was requested by Evelyn the night of the disappearance. What about her war-hero husband, Peter? Who was romantically involved with Evelyn?

What did Ian Chase’s official portrait from the Department of Justice have to do with the missing woman? Who was Evelyn looking at in the video? Was someone expected to turn a blind eye to illegal activities?

Virginia becomes enthralled and caught up in a high-stakes case, murder, greed deceit, dark money, power, and corruption. Hot on the trail, she soon realizes for every great story, there is a risk. Some far greater than others.

She discovers road blocks every way she turns, even in her own backyard, plus Michael Ledger, the detective which she had a relationship. Also PACs, political fundraising with anonymous donors (so-called dark money) to nonprofit groups, made in secret.

Money missing from the fund. Was Evelyn being set up? By whom?

Compelling! An edgy mystery with "behind the scenes" intensity in a contemporary suspenseful cutthroat news business. An intense tightly wound debut suspense. Looking forward to more from this author, who definitely knows her way around a story.

For fans of authors, Neely Tucker, Hank Phillippi Ryan, Lis Wiehl, and Jennifer Vaughn (some of my top favorites).

A special thank you to Atria and NetGalley for an advanced reading copy.

Christina Kovac worked for seventeen years managing Washington, DC newsrooms and producing crime and political stories in the District. Her career as television journalist began with Fox Five’s Ten O’Clock News, and after that, the ABC affiliate in Washington. For the last nine years, she worked at NBC News, where she worked for Tim Russert and provided news coverage for Meet the Press, the Today show, Nightly News, and others.

Christina Kovac lives with her family outside of Washington, DC. The Cutaway is her first novel. Read More

This was a pretty good book. But, this book does not compare to Paula Hawkins and Gillian Flynn. No way, no how. This was a mystery, a good one. However, it was not a thriller which is what was advertised and what I was expecting. As I said, it was a good book, but with that blurb, I was highly disappointed.

Thanks to Atria Books for approving my request and to Net Galley for providing me with a free e-galley in exchange for an honest review.