Log in with Facebook
or
Wrong email address or username
Sign up
Already on BookLikes? Log in!
Incorrect verification code
Please, check your email, the code to access your BookLikes blog was sent to you already.
Enter code:
« Back Send
back to top
Search tags: colleen-hoover 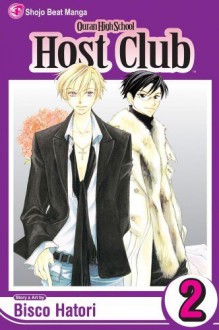 After a crappy month of not feeling the best, I'm finally going to get back to reviewing. Until I catch up (I've got quite a few to write) my reviews will be shortish.

I just finished this one and God, it really made me tense. The storyline was great and something very unique. The protagonist, Lowen, has been asked to ghost-write the remaining books in a series as the author, Verity, has suffered extensive injuries in a car crash. Lowen agrees to write the books and goes to Verity's home in order to go through her office and try to find notes that Verity may have written at some point pertaining to the unwritten books. Make sense? It's a little convoluted, but on the page it makes perfect sense.

While Lowen is at Verity's home she finds the latters autobiography and when she begins to read some horrid things come to light.

This book was quite a departure from the previous work of Ms Hoover. It's even been released as an indie project because of said deviation. The book, of course, was written in her truly immersive, claustrophobic, trademark style. I'd say that above anything else that's my favorite aspect of Hoover novels, how close you feel with the protagonist and how much they feel like a part of you.

I don't want to say anything else about the plot as this is a book you should go into knowing as little as you can to reap the full rewards. Suffice to say it was a romantic suspense that never let up. It was seriously creepy, so much so I had to set it down for a couple of weeks as I was getting so anxious!

A fantastic book with a small cast of characters that feels as immersive as it does claustrophobic.

I Picked Up This Book Because: Seeing if it was worth the hype.

I don’t even know how to begin describing this one. A) Because a lot happened and 2) I don’t want to give away anything so rather than describing the plot I’ll stick to the scorecard. The writing was good. I enjoyed the plot twist. I do think a lot could have been avoided if Morgan and Clara just talked to each other but then there wouldn’t be much of a book would there. The pacing moved along well. The only scene that dragged for me is the mockumentary. I really don’t card to watch them, let alone read a description of one the characters are watching. (view spoiler)

Although this book was good it wasn’t the smash I felt like the hype built it up to be. Beyond the plot twist I felt like it was mostly misunderstanding/miscommunication.

I literally can't put this down.

Morgan Grant and her sixteen-year-old daughter, Clara, would like nothing more than to be nothing alike.

Morgan is determined to prevent her daughter from making the same mistakes she did. By getting pregnant and married way too young, Morgan put her own dreams on hold. Clara doesn’t want to follow in her mother’s footsteps. Her predictable mother doesn’t have a spontaneous bone in her body.

With warring personalities and conflicting goals, Morgan and Clara find it increasingly difficult to coexist. The only person who can bring peace to the household is Chris—Morgan’s husband, Clara’s father, and the family anchor. But that peace is shattered when Chris is involved in a tragic and questionable accident. The heartbreaking and long-lasting consequences will reach far beyond just Morgan and Clara.

While struggling to rebuild everything that crashed around them, Morgan finds comfort in the last person she expects to, and Clara turns to the one boy she’s been forbidden to see. With each passing day, new secrets, resentment, and misunderstandings make mother and daughter fall further apart. So far apart, it might be impossible for them to ever fall back together.

Review: This book is beautiful I love colleen Hoover's books and this is now one of my new favorites of hers it's so raw and beautiful. This is a duel POV book about a mother and daughter

Its starts out when morgan the mother figures out she's pregnant at 17 and she's at this party with her boyfriend his friend and her sister . There are these moments she has with Jonah that she feels something there . Then we get to where her daughter Clara is 16 and she is driving and sees this guy she has a crush on Miller and she gives him a ride home . Tragedy happens when there is a car crash Chris and Jenny were in a crash they were in the car together and they were having an affair Jonah and Morgan were at the hospital when they found this out they died and Morgan is crushed and hurt and doesn't know what to do . Clara spends her dad's funeral getting high with Miller her mom finds her and she's pissed . Clara is so angry at herself cause she thinks her aunt and father dying is her fault . Jonah snaps one day and brings Elijah his son to Morgan saying he cant do this anymore cause Elijah isnt his kid its Chris's kid what the hell . Clara knocks some sence in him and tells him to pick up his kid and Jonah does . Miller has a girlfriend but she ended up breaking up with him but then they get back together but Clara likes Miller but he keeps sending her these mix signals and she tells him to figure it out so he does and he breaks up with his girlfriend and him and Clara talk and kiss and they finally get together hes liked her since he was 15 . Jonah and Morgan have this moment again where they almost kiss . Miller and Clara work on film project together. Jonah kisses Morgan and clara walked in on them and thinks they were having an affair and then Clara calls Miller to have him come over cause she wants to have sex with Miller to make her mom angry I dont see the reasoning in that . Clara gets drunk and tells her mom she is the reason that her aunt and Dad are dead she asks clara the next day and Clara tries to hide back the tears but she tells her mom but Morgan told her that her dad was driving and then Clara asks why they were in the car together and figures it out they were having an affair she's angry and sad she asks her mom to drive her to Miller and she does Morgan goes back to the movie theater and talks with clara . Jonah and Morgan talk and are together officially and Elijah says his first word . Clara and Miller show there film and it's weird but funny and Jonah likes it . But then miller shows Clara his promposal and when he first fell in love with her it was sweet and adorable. Millers gramps has been joking he was leaving miller air but actually is air to land and he can go to his college he wants to now I loved this book .

Quotes:I wonder if humans are the only living creatures that ever feel hollow inside. I don’t understand how my body
can be full of everything bodies are full of—bones and muscles and blood and organs—yet my chest sometimes
feels vacant, as if someone could scream into my mouth and it would echo inside of me.

don’t know if Miller realizes what his attention (or lack thereof) can do to a person. When he looks at you, he
does it in such a way that it makes you feel like the most interesting thing he’s ever seen. He puts his entire body
into the look, somehow.

He’s got a sucker in his mouth, which isn’t unusual. I find his addiction to suckers amusing, but it also gives off
a cocky vibe. I don’t feel like insecure guys would walk around eating candy as much as he does, but he always
shows up to school eating a sucker and usually has one in his mouth at the end of lunch.

It’s unfair how one event . . . one second . . . can shake the world around you. Toss everything on its head. Ruin
every happy moment that led up to that earth-shattering second.

He waves a hand toward Elijah. “He smiled for the first time tonight.” He pauses, as if what he’s about to say
next is too painful to put into words. “Elijah—my son—has Chris’s fucking smile.”

For some reason, sadness in music eases the sadness in my soul. It’s like the worse the heartache in a song is, the
better I feel. Dramatic songs are like a drug, I imagine. Really bad for you, but they make you feel good.

“I’ve never hated watermelon Jolly Ranchers. I only saved them because I knew they were your favorite.”

It makes me sad, because if there’s one thing Jonah Sullivan shouldn’t have to worry about, it’s the way I feel
about him

“So? I guess you finally saw the video of when Miller fell in love with you?” I laugh and lean into Miller. “Your
grandson is a romantic.” Gramps laughs. “No, my grandson is a nitwit. Took him three years to finally ask you
out.” “Patience is a virtue,” Miller says.