Log in with Facebook
or
Wrong email address or username
Sign up
Already on BookLikes? Log in!
Incorrect verification code
Please, check your email, the code to access your BookLikes blog was sent to you already.
Enter code:
« Back Send
back to top
Search tags: cops-mysteries

Still haven’t been feeling the urge to review as much, so here’s another quick month-end summary. I read 4 pieces of fiction and parts of 3 non-fiction books during May.

A is for Alibi is the first book in the long-running “Alphabet Mysteries" series. While the novel was originally contemporary, it now reads as a period piece from the days before cell-phones.  While there were some wobbles, I’ve been looking for a new mystery series and I’m curious to see what kind of writer Sue Grafton matures into.  Ms. Grafton, unfortunately, died at the end of 2017.

Ninefox Gambit was the winner of the 2016 Locus Award as wells as being nominated for the 2017 Hugo, Nebula And Arthur C. Clarke Awards. I read Mr. Lee's first full-length novel because the sequel was nominated for the 2018 Hugo Award.  The start of Ninefox Gambit was very confusing start as you are thrown headlong into a very inventive world.  But I very much enjoyed the story once all the players were in motion. I’m likely to re-read this since I feel like I missed a lot of the nuance.

I’ve been seeing  glowing reviews of All Systems Red  on my feed for a while, and was able to download the ebook for free from Tor.com in April.  The story won the 2018 Nebula Award for Best Novella. I'm glad I spent the time with Murderbot and I hope that my local library makes the sequels available.

Meh.  See stand-alone review of the The Protector's War

I finally finished I Contain Multitudes: The Microbes Within Us and a Grander View of Life, which was the March selection from the Flat Book Society. The story of the microbiome was interesting, but for whatever reason, I found it hard to maintain the attention needed to follow Ed Yong’s well-researched summary.  I love that, while I Contain Multitudes was clearly written for a general audience, the back 20% of the book was still footnotes and citations of primary documents.

My IRL book-club read The Immortal Life of Henrietta Lacks for our mid-May meeting.  I’d read it several years ago as an audiobook.  I didn’t start until a week before the meeting and had finished about the first 1/3 by our discussion.  After the meeting, I just didn’t feel like taking the time to finish, so moved on to other things.

I read a few chapters in A is for Arsenic: The Poisons of Agatha Christie  by Kathryn Harkup, which was the Flat Book Society selection for May.  As a non-Christie reader, I didn't find it all that compelling and chose not to finish. 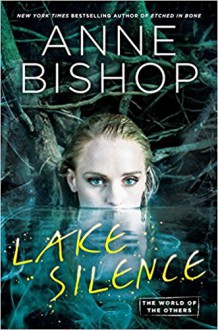 I read 4 books and finished 1 audiobook during April.  With one exception they were all part of a series. My favorite was the book I'd saved for Dewey's Readathon and then devoured in an afternoon and evening.

Lake Silence returns to the wonderful world of The Others created by Anne Bishop.  Like every other review I’ve read, I’d like to acknowledge up front that Lake Silence introduces new characters and that the denizens of the Lakeside Courtyard who we grew to love are NOT featured (Well there are a few phone calls to consult with folks from the 5-book sequence that starts with Written in Red, but they are incidental and don’t really add much to the story).  Aside from the bad-guys being a bit too obviously set up to take a fall, it was an enjoyable story.  I loved being back in this world where if you’re not good you will get eaten.  I’m very curious to see if Ms. Bishop tries to sustain a multi-book arc featuring the new characters and the hamlet of Sproing, or if currently unnamed Book #7 moves to a different place and new folks.

A Local Habitation  by Seanan McGuire is the 2nd installment in the October Daye series.  It’s a solid, “fae in California” urban fantasy, but Verity and friends in Ms. McGuire’s InCryptid series are more appealing and inventive.  I am unlikely to continue the series since there are only so many pages that fit into a year.

Cast In Secret  by Michelle Sagara is book 3 in the Chronicles of Elantra Series.  Fantasy by the yard, but sometimes that’s what you want for a comfort read.  Love the multi-species world.  Planning to continue the series.

I must not fear.
Fear is the mind-killer.
Fear is the little-death that brings total obliteration.
I will face my fear.
I will permit it to pass over me and through me.
And when it has gone past I will turn the inner eye to see its path.
Where the fear has gone there will be nothing.
Only I will remain

Dune is a classic of SF.  I remember being wowed by Dune and enthralled by the Bene Gesserit when I first read it (college age I think).  However, as I mentioned previously, my worldview has changed and Dune now sounds misogynist and dated.  I remember the sequels as being horrid and don’t intend to continue rereading the series.

On the non-fiction front

And that was my month. 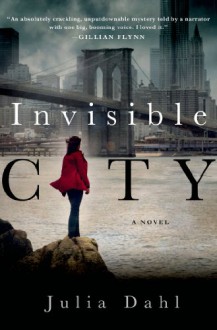 First in a series is tough. Making the jump from journalist to novelist is tricky.

Invisible City is a solidly plotted murder mystery that reads more like a police procedural than a cozy (though our main girl is a journalist not an officer of the peace).   While better than many first novels, there's plenty of room for growth.  In particular, I felt like the book was a hodge-podge of thinly veiled elements from a number of recent sensational news stories rather than being fully original.

Like the main character, author Julia Dahl has a Jewish mother and a Christian father.  While it's always difficult to write about insular communities without a true in, I felt like a lot of Ms. Dahl's personification of the Ultra-Orthodox characters was built on stereotypes.

I'm counting this as an IRL bookclub read because Julia Dahl will be speaking in my community about book #3 in the series (released about a year ago) on Sunday.  I read Invisible City because Conviction was checked out of the Library and I wanted to have read something by the author before I went to brunch.

Now that the year-end report has been submitted for my primary project, and I'm down to 2 competing work deadlines, I actually have the brainpower to update you on what I read in January.

First entry in the long-running In Death series by J.D. Robb (now up to 45 volumes).   I enjoyed the audiobook read by Susan Ericksen, but am not sure that I will continue with the series.  Many people prefer more sexy-times in their books that I typically do and Naked In Death skirted the edge of what I'm comfortable with.  I wasn't really surprised with the focus on sexuality in this book considering that the cover blurb states that prostitutes are being murdered and J.D. Robb is one and the same as Nora Roberts. I was a bit annoyed at the insta-attraction between our protagonist Eve Dallas and rich-boy Roarke, and the late bombshell about Eve'd background, but otherwise liked the flow of the story.  In many ways what I found most appealing was how much the 2058 that JD Robb imagined in 1985 looks like the world we have today (granted minus the flying cars).

Finished the Imperial Radch trilogy regarding AI Breq Mianaai.  Ancillary Mercy felt much like the second half of the previous book in the trilogy rather than its own independent story. While I liked spending additional time with Breq, I found the resolution of the story an anticlimax, While it wrapped up some of the story's threads, I wasn't satisfied with where the story stopped.

I've very much enjoyed the other books I've read by Seanan McGuire, so thought I would try her traditional Urban Fantasy series.  I enjoyed Rosemary and Rue, but didn't find it nearly as original as the InCryptid universe. While there were some 1st in series wobbles, I will probably give the rest of the series a go. I read this in the thick of report-writing frenzy, so don't have anything more insightful to say.

I also started and skidded out of 2 non-fiction books, though I chalked that up to long-hours and general exhaustion rather than any fault of the book.  So both are back on my list of books to consider reading at a later date.

All of these books, including the ones I didn't finish count towards the Library Love Challenge and Naked in Death counts towards the Audiobook Challenge 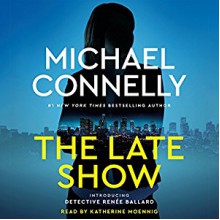 I've never read Michael Connelly, though I've heard of Harry Bosch.  I saw this on the New Release shelf and thought I'd give it a try for 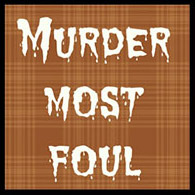 So far, I like the set up, but dislike the audiobook narrator.  Katherine Moennig is rushing and doesn't leave enough space between sentences. I've just put in the request for the print version, however, the reserve list is looong and I don't expect to see it until mid-October.

I've got a different audiobook to try tomorrow.