Log in with Facebook
or
Wrong email address or username
Sign up
Already on BookLikes? Log in!
Incorrect verification code
Please, check your email, the code to access your BookLikes blog was sent to you already.
Enter code:
« Back Send
back to top
Search tags: creepy-classic 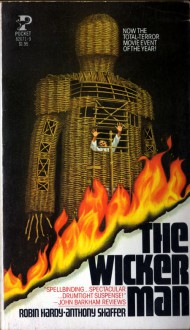 'Much has been said of the strumpets of yore
Of wenches and bawdy house queens by the score
But I sing of a baggage that we all adore,
The Landlord's Daughter . . . '

'. . . Her ale it is lively and strong to the taste
It is brewed with discretion and never with haste
You can have all you like
If you swear not to waste
The Landlord's Daughter . . .'

So this book, I remember watching brief clips of the film on channel 4 years ago, but never quite got round to getting the book, although The wicker man is a book I've wanted to get for my Book collection for ages I finally got it.

Took me really less than two days to read this it's a strange tale set in the isles of Scotland,

Neil Howie, a Scots police Sergeant and fine upstanding Christian fellow, receives an anonymous letter saying that a girl has gone missing on Summerisle, a small island only barely under Scot protection, thirty-eight miles west of the last of the Outer Hebrides. Howie goes out to investigate, and finds that, while all the inhabitants of the island are seemingly quite forthcoming with what they know (save the none of them acknowledge the missing girl so much as exists), Howie is torn between his desire to see the case through and his offence at the various heathen goings-on on the decidedly non-Christian island.

This book blew my mind quite frankly, and after watching the film again. I was highly impressed. It flows though a strange, surreal sort of way. And I'm not going to lie, I didn't like the main protagonist Neil Howie, I think the that the author just made him very dislikeable and prune like.

Give this a read some time it's one of those horror classics that Makes you think the end will stay with you for a long time. 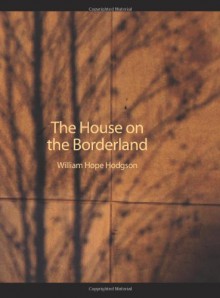 Wow... i tell you, I've read some crazy stuff in my time. BUT this tale. takes all those Biscuit's and dunks them in Gin! in a really good way though! I got this book on amazon it had some other stories with it i've yet to read. But anyway back to this strange tale.

American horror writer H. P. Lovecraft listed The House on the Borderland and other works by Hodgson among his greatest influences. i can definitely see why. Let's get to the Nitty Gitty without giving to much away, two men on a camping trip in rural ireland ((Yay!)) stumble on a old manuscript a diary of sorts. it tell's an absolutely crazy story. and you the reader and totally drawn into the world of... The only way i can describe it is, mythological beast gods, demons, and other "bestial horrors.in pig form. Then it totally switches up and you have in the plot Green sun's and forever Twilight's.

This book left me with a really spooky uneasy feeling i've never quite felt with a book before. I could only imagine how it left people in the day's it was first printed! i felt there was so many unanswered question's to the book. all in all i really liked it.