Log in with Facebook
or
Wrong email address or username
Sign up
Already on BookLikes? Log in!
Incorrect verification code
Please, check your email, the code to access your BookLikes blog was sent to you already.
Enter code:
« Back Send
back to top
Search tags: curse 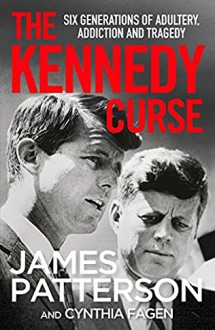 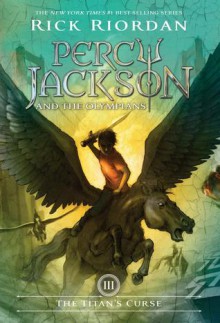 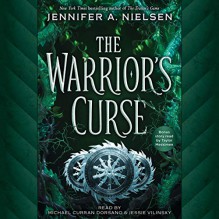 Winter had come, bringing harsh winds that cut like knives through my cloak, the land frozen beneath my feet each morning and continuing to chill, even when the sun rose.- opening line

The final book in the Traitor's Game series. This book doesn't disappoint. It's an amazing ending to a fabulous fantasy series. I loved Simon and Kestra and how they changed and grew throughout the series. Will they be able to defeat the evil Lord Endrick and is there any way they can even be together?? 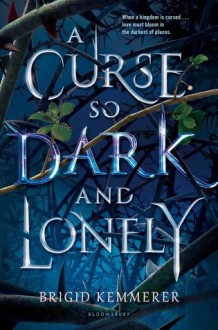 I’m a black sheep with this one. All the bloggers I follow and Goodreads reviewers seem to absolutely love this book. I’ve read the author before and I have loved everything I’ve read by her, but I didn’t love this one. I did get a Netgalley kindle copy I tried reading before the book came out, but the formatting was terrible so I decided to wait until I got a physical copy.

It was book of the month in one of my Fairyloot subscription boxes so I got a nice shiny hardback. I sort of waited until the hype died down a bit, but then the sequel came out – which I did get (another Fairyloot exclusive) just in case I loved the first and had to have the second one.

And turned out I was just sort of meh about the whole thing really. It was an interesting parallel for the Beauty and the Beast retelling, but frankly, the beast character Prince Rhen irritated the hell out of me. I found him completely unsympathetic, annoying, selfish and whiny. I did however, really like the female character Harper. She was what made the book come alive for me. She was strong, sassy, level headed, and smart. Not blown over by the opulence of the fantasy world she suddenly finds herself thrust into.  The other character I really liked was Rhen’s loyal guard, Grey who was much more likeable – a bit of a stick in the mud at times, but with a sense of honour and loyalty. I was routing for him and Harper to hook up – they had a love/hate relationship turned into friendship and mutual respect.

However, given it’s a Beauty and the Beast retelling, it’s obvious where the romance was going to happen. I found the plot predictable, and tedious at times, for long stretches nothing seemed to happen other than Rhen whining about his curse and Harper trying to figure out how to escape and get back to her home, the normal human world. They would dance around just forming a connection and something would happen sending them back to square one of distrust and frustration. I found it repetitive and annoying.

Two thirds of the novel was prepping for one huge battle when the beast finally appeared. And when it did it was almost like everything happened in a rush. Which of course ended on a cliff hanger. There were a few twists hinted at throughout (and again, completely predictable) If I hadn’t already bought the second book before I read this one I wouldn’t have bothered, but as I have and quite liked Grey’s character, I’m curious to see where his story goes.

Thank you to Netgalley and Bloomsbury Publishing PLC for approving my request to view the title. A Curse of Mayhem is the second book of the series of Alyssa McCarthy Magical Missions. It is good. I seem to start up once again with Alyssa doing magic. How does she get this magic of hers? This seems interesting that she doing this and her ordinary person.

Do we find that there this person named Errol? Does Alyssa need to do somethings to defeat Errol? What they are you find out as she struggles to control her magic. It seems that she gets herself into trouble. Will her mentors be able to help or even Simon?

This book for me was slow going. It was adventures, but not as exciting as the first book. It is good with is as it is funny with animals that show up out of nowhere. Will Alyssa be able to save her loved ones and her friends?

If you are looking for a good book for your child or children this is good for them. As it teaches confidence in a person, responsibility. This is shown throughout the book. Not all at the same time. It has some fantasy to it. Good for fantasy fans and lovers of fantasy.