Log in with Facebook
or
Wrong email address or username
Sign up
Already on BookLikes? Log in!
Incorrect verification code
Please, check your email, the code to access your BookLikes blog was sent to you already.
Enter code:
« Back Send
back to top
Search tags: dark-horse-cowboys 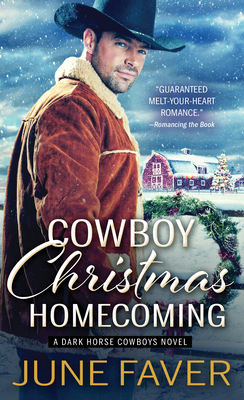 Dark Horse Cowboys #4, I am so glad the series didn't end with the Garrett Brothers it has now expanded to Zach Garrett their cousin who has been away in the Army. Like with his cousins when Zach meets the woman that was meant for him he's practically 100% all in from the start. It is an easy romance with very few bumps. Zach spent two tours in the military and during his second his dad died and his mom wasn't able to maintain the ranch so when Zach came home he came to his uncle's house not his mother's new home in Ft. Worth. Big Jim welcomed his nephew with open arms. Zach is dealing with a bit of PTSD and feeling like he doesn't fit in with the family any more, but then there is Stephanie.

Stephanie Gale, we met in one of the previous books, is a firefighter/EMT who specializes in confined space retrieval. She recently was called on to a scene where two young children witnessed their step father murder their mother. She was first on the scene and was the one who took the kids to the hospital. Stephanie and the kids formed an attachment and if the social worker wasn't such a *clears throat* wasn't so old fashion Stephanie would have adopted them weeks ago. Unfortunately right before Christmas the step father managed to escape police custody with help of his two brothers. Stephanie worries about the kids but she should be worried about herself too. After her first official date with Zach he bring her home to a destroyed apartment and a couple hours later she's attacked by one of the brothers. Zach's protectiveness amps up he may not have a lot to offer Stephanie but he can protect her until she's no longer in danger.

Stephanie falls for Zach quickly she wants to help him even if that means tracking down Jewel and bringing her here. Trying to track down Zach's dog from overseas took many phone calls being put on hold and transferred a bunch of times, but being a bit sneaky but it payed off. Big Jim has such a big heart he wants what's best for those poor kids so he offers to bring them to his home for Christmas and since Stephanie will be spending the holiday at his house too, well, two birds one stone everyone is happy. That is until Stephanie goes missing.

Overall, great book. It can be read as a standalone even though Leah (from book one of the series) and her pregnancy have a big chunk of this book just about her. It did distract a little from the other storyline but it was nice to see Tyler, Leah and Gracie I just wish it didn't take up so much of the book. I don't want the series to end I kind of want to see Dex, the deputy, get a book. 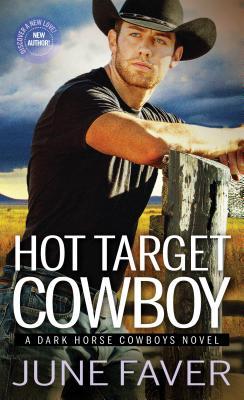 Dark Horse Cowboy #2, I never thought I would fall in love with Colt as much as I did. Reading the first book, which isn't necessary to enjoy this one, Colt comes across as cool, comprised, and hard well Colt is but after one dance and one day with Misty Dalton he proclaims that she is the woman he's going to marry. Colt falls head over cowboy boots for Misty and will do just about anything for her, which has his father and his younger brother worried about her.

Misty dropped out of college to take care of her father when he got sick and has been running her family's ranch ever since but now the bank foreclosing on the ranch and Misty is more determined than ever to save her birthright even if it means selling off everything that's not bolted down. After selling of the horses Misty older, selfish, brother is murdered and then her father's health gives out that same night. Misty at a loss of what to do next allows Colt to help, he takes her and her younger brother home until they can figure out who killed her brother and when her ranch is safe. Misty not wanting to rely on Colt's charity for long takes a job and Colt comes up with a plan to help save her ranch. The murder of Misty's brother was only the beginning and before Misty and Colt can have their HEA they need to catch the culprit.

Overall, great read. I loved the insta-love on Colt's part being such a tough cowboy he has a soft spot for her and her little brother. I liked that as much as he wanted to protect Misty he still let her do things for herself even if he didn't like the idea and I liked that Misty could stand up for herself and even though she didn't want Colt's charity she was able to accept his help but didn't come to rely on him for everything. I love Big Jim and we did get a couple of pages that were from Tyler and Leah's POV (character from the last book) and that was nice to see Colt and Misty's story from that perspective. Beau, Colt's younger brother, was a bit of a pill this book and that kinda pissed me off but I know he's going to get his just desserts in the next book. The suspense part of the book was good I thoroughly enjoyed it, it kind of zig zagged a bit the first half of the book not knowing where it will lead but the conclusion was great.