Log in with Facebook
or
Wrong email address or username
Sign up
Already on BookLikes? Log in!
Incorrect verification code
Please, check your email, the code to access your BookLikes blog was sent to you already.
Enter code:
« Back Send
back to top
Search tags: dark-paranormal

I'll give it, 3.5 . Namely because, good characters, but it was kinda hurried for me. Would have been better if the ex died. But, heck, I wish there was more to it.
Like Reblog Comment
show activity (+) 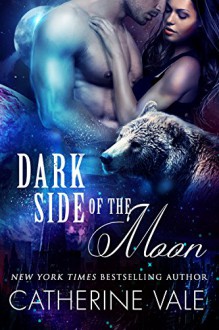 My Thoughts - 5 out of 5 Unicorns - I loved it!!! ***Received a copy of the book for an honest review and I have already ordered my copy The cover is a work of art! I really like it though it would have been cooler to see his bear :) This is a standalone book. It is for adults only due to the steamy content. I’m hoping that there will be more about Veronica (Max) and Taso in the future. Max is definitely a spirited and feisty girl. I loved her from her first punch! I wasn’t sure what to think of Taso in the beginning. He doesn’t abandon his planet though as the blurb suggests; he just looks to Earth for solutions. I kind of thought he was sort of a jerk in the beginning, but he definitely grew on me as Max accepted him and her new life. I always know I will love the adventure that Catherine Vale takes me on! They are always unique, and she amazes me with her creativity every time. I can’t wait to see what she comes up with in her next shifter book, but I do hope I see more of this world in the future. I highly recommend this unique sci-fi shifter book to all of the shifter readers out there especially if you already love Catherine’s work! 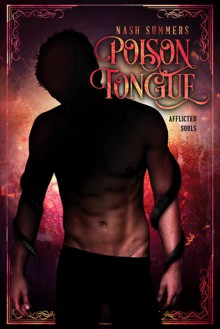 This one is going to be a bit of a challenge because I read my friend Jewel's review and honestly it's one excellent review, so I totally encourage you to check it out as well either on GR or on My Fiction Nook.

Interestingly enough Jewel went into this because the story sounded good and she wanted to give the author another try while I went into this because I like the author and I was  curious to see if I would like this book because I don't do scary, creepy paranormal my idea of paranormal is Kelly Armstrong and while she may have shifters and witches in her stories they're not what I would really call scary and while this one may not have had me peeking behind shower curtains or cautiously into closets I can guarantee you there are no swamps in my future or abandon houses or late might walks.

'Poison Tongue' walked that edge for me that was just on the other side of my comfort zone and it held my attention from start to finish. Once I started reading this there was no going back and no stopping.

The relationship between Levi and Monroe started with a very slow burn but it held an intensity that had me squirming in my chair at times. Practically from the minute these two men met I crossed my fingers, held my breath and prayed for things to work between them.

Levi's family is loving and supportive and interesting and unique to say the least. Being gifted is a family trait but how those gifts manifest is as unique as each individual. Levi can see a person's soul and he's drawn to the darkness. It calls to him like a lover. His sister, Silvi sees ghost, his gran could see the future, his mom does readings, can cast spells and senses things and then there's Ward. Levi's best friend who lives with them, he's Levi's soul and Levi is his heart. Their bond is strong.

Monroe's past is dark and filled with pain. Coming back to his hometown has been a difficult and painful experience but it's brought him Coin who is one awesome and fiercely loyal dog and in spite of the the fact that being near Levi seems to bring some kind of darkness and pain upon Levi, Monroe can no more stay away from Levi than Levi can stay away from him. Monroe's cursed and Levi sees the snakes that manifest as the darkness around his soul but he also sees the spark of gold that's there still struggling not to get extinguished. It's the dark that draws Levi to Monroe but it's that spark of gold that makes him fight for Monroe's soul.

This story was so beautifully drawn out each word leading us to where the author wanted us to be. Showing us a world beyond what the eye can see. 'Poison Tongue' is the first book in Nash Summer's series 'Afflicted Souls' and this series may be a little step on the wrong side of the my comfort zone line but the author tells a story that makes me not care and want more. So yes, I'm a fan and sign me up for whatever comes next.

An ARC of 'Poison Tongue' was graciously provided by the publisher in exchange for an honest review. 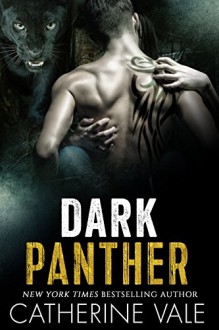 ***Received the ebook for an honest review, but I owned it before I read it

The cover is my favorite type because it has both man and beast!

This is a standalone that is about 145 pages.  I definitely enjoyed reading it.  I read this over a month ago, but I had some life complications and couldn’t get my review done until now.  This was an interesting read because I didn’t know about this knot tying stuff.  It is always interesting to read a book and learn about new things especially ones you’ve never had a thought about before.

Leia is probably the envy of every bookworm I’ve ever met….going to a bookstore to meet a sexy man, and they’re both interested in each other.  There is plenty of learning, drama, fighting, and steamy scenes that is for adults only.

I recommend this book to those of us who are already fans of Catherine’s work as well as to all my shifter lover book friends.  I always enjoy Catherine’s work….hmmm which of her books will I read next!!! 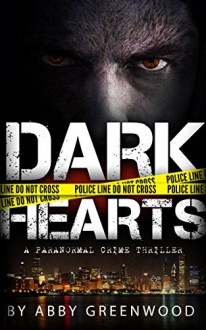 “The mind of man is capable of anything.”  ― Joseph Conrad, Heart of Darkness

“And all we feared inside the night
shows true in morning’s biased light.” ― Garth von Buchholz

I give Abby Greenwood kudos for trying. The idea is solid for her book, “Dark Hearts,” and could easily be transformed to any situation where people fight and kill one another simply because they are “different.” Well, and to turn a profit, of course. Native Americans slaughtered by the whites who came to this land. Religious difference, skin color differences, the list goes on and on.

The thing is, there were too many issues with the book to allow me to completely enjoy it. First, I was expecting a tense, suspenseful crime thriller. What is here is a mild police procedural with a romantic bent, based around a serial killer, race tensions in LA, and two officers who are doing their best to track down who is murdering people and stirring up said race tensions, and why. The “bad guys” were easily spotted, however, and their reasoning was fairly blatant early on in the book. The story arc was also damaged by lack of continuity – first one, then the other, and it was irritating that there was no editing for continuity. It shows up very early in the book and threw me off. There is also a ‘dropped’ story line that disappointed me.

Then we come to the ‘police procedural’ backbone of the book, and the lack of procedural and logistical knowledge of the author had me crossing my eyes. If you are going to write about a profession, whether it be police work, firefighting, or computer hacking, you have to research – something that was lacking here.

Overall, if you are just looking for an easy read, this is quick, and as I said the idea is good. I wish I could have enjoyed it more than I did. Great cover though.