Log in with Facebook
or
Wrong email address or username
Sign up
Already on BookLikes? Log in!
Incorrect verification code
Please, check your email, the code to access your BookLikes blog was sent to you already.
Enter code:
« Back Send
back to top
Search tags: dark-warriors Be careful in Darkside, because its darkness is seductive. Once you feel its allure, you won’t be able to resist.

Zyara al Sirian has devoted most of her adult life to the art of healing. As the First Division’s medic, she’s seen more than her fair share of war wounds and trauma. And ever since the Kordolians arrived on Earth, she’s had her hands full tending to a motley group of survivors.

She hasn’t had a break in longer than she can remember.

A break? What’s that again?

After much persuasion, she finally agrees to take some well-deserved time off to explore the city with Sera, Arin, Jia, and their Kordolian mates.

When she crosses paths with a mysterious, charming Human called Kainan, she realizes there’s more to this lawless place than meets the eye. The Federation holds no sway here. Beneath Darkside’s glittering facade, Humans rule hidden empires from the shadows through secrecy and violence.

Zyara gets a taste of their world when Human conflict spills out onto the street. She can’t help but intervene. It’s what she was trained to do.

Her actions save a life. In return, Kainan says he will give her anything she desires.
Oh dear. What’s a Kordolian to do?

I love it when in the alien romance the human is male.

The hero in this is an honorable mob boss. Not that the heroines cares that he is honor. She figures his job is a job like any other.

I love in this series that humans are seen for their strengths as well as their follies.

The hero is mega sexy. A sharp dressed asian gang tattooed man. I can't tell if he is asian but it is likely that he is mixed in some way.

The heroine is the wonderful healer from the series. The romance is very good and sexy as hell.

He loves that she is so strong in all ways.

This part of the world is kind of dropped on the reader which made me not love the book in terms of the series plot arc and the novella is shorter than the love story deserved but it a pleasurable morsel of a book. 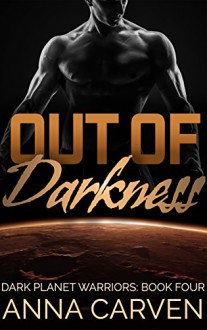 The Kordolians are loose on the asteroid mining station Fortuna Tau, and first-rank mechanic Jia Morgan has become caught up in the thick of things. Under the careful watch of these steely-eyed silver warriors, Jia and her team have been tasked with repairing the hull of the Kordolians' Alpha-Class battle cruiser,Silence.The problem is, their alien technology is far, far beyond anything she's seen before, and whatever they try to weld to Silence's black hull just won't stick.

When Jia goes in search of a tool that might actually penetrate the warship's impossibly strong Callidum exterior, she find herself being aided by a most unlikely source. The hard-faced warrior who's decided to accompany her walks on silent feet and carries a big, big gun. He's equal parts scary and attractive, in an otherworldly sort of way.

But although Jia finds this Kordolian fascinating, she's not even going to try and get close to him, because, well, he's a freaking Kordolian, and Kordolians aren't exactly known throughout the Nine Galaxies for being warm and fuzzy.

Instead, she's going to do her job and fix their warship, because that's the only way these intimidating warriors are ever going to leave Fortuna Tau. Hopefully, they won't break anything, or anyone, on the way out.

Oh, and there's also the small matter of these flesh-eating insect-aliens called Xargek. Apparently, they bite.

The hero in this addition to the Dark Planet Warriors Series by Anna Carven is ridiculous and I love him.  He has been altered to be a super solider and he was already a badass alien.

He is grumpy.  He falls head over heels for a kick ass mechanic heroine. They have great adventures and mega sexy times. Good stuff. Some scary looking aliens have just boarded Fortuna Tau, our little asteroid mining station. Kordolians, by the looks of things. What the hell do they want with this floating rust bucket? What are they even doing here?
In the grand scheme of things, Earth is a total backwater, and the Solar System is the galactic equivalent of Hicksville. That's why aliens rarely bother to come to this corner of the universe. And Kordolians are usually too busy conquering the important parts of the nine galaxies to bother with us.
But it looks as if their battle cruiser is broken. Probably shot up in a firefight. They're going to use every means necessary to fix it, even if it means putting Fortuna Tau on lockdown. I just hope they don't decide to enslave us and ship us off to some remote alien planet.
Come to think of it, I've never seen a Kordolian up close before. They're huge, with strange silver skin and pointed ears. They have freaky nano-armor. And they're packing a serious arsenal. Our human technology has no chance against their weapons.
When I encounter their General, I find him insufferable. Arrogant. Domineering. He won't tell me anything.
I guess that's what happens when your race is kicking ass across the nine galaxies. You get pigheaded.
So why do I keep running into him? Why is he looking at me funny? And what's with this weird feeling I get when he's around?
I really hope these guys fix their ship and go away soon, because I get the feeling they could be major trouble.

Sucked into a wormhole during a fierce skirmish with an enemy ship. Spat out near a human mining station in a remote corner of the nine galaxies. Stuck with weak humans who operate with inferior metals and technology.
This mission couldn't get any worse.
We need to fix our craft before the wormhole collapses.
We need to hunt the cursed Xargek monsters that have infiltrated this human rust-bucket.
And these infernal headaches of mine are getting worse.
I don't really care about these humans. Their existence makes no sense to me. All I care about is killing Xargek and getting back to my home planet, Kythia.
This situation is tiresome. The light of the star humans call the Sun burns my eyes. I crave Kythia's darkness.
So why has this crazy human female captured my attention? She's messy, awkward and she babbles nonsense half the time.
These humans are crazy. I don't understand them at all. Especially this female. Why do I keep coming back to her?
I need to leave this place before I go insane.

This Science Fiction Romance is a rollicking good time.

We have a warrior hero and a competent heroine who loves her work. The love story is both fierce and sweet.

The action is relentless but it never takes away from couple time and there is good worldbuilding. he Prince
Prince Xalikian Kazharan has a dilemma on his hands. Now that the Kordolians have landed on Earth, he somehow has to convince an entire planet of Humans that his people mean them no harm. It's easier said than done, especially when one's race has a reputation for brutally conquering the Nine Galaxies. Perhaps this stubborn female journalist called Sera Aquinas, who thinks she can just walk up to his front door and ask for an interview, might be able to help him.
But first, he has to gain her trust, and that's not so easy when her presence drives him to distraction.

The Journalist
Sera Aquinas doesn't trust the charming amber-eyed Prince when he says he doesn't want to take over her planet. As a hardened journalist, she's seen her share of duplicity and corruption. So when Xal tells her the Kordolians are looking for Human females, she thinks he's messing with her. Seriously? Who would believe that lame excuse?
She has to admit however, that Xal is one fine looking alien, and a part of her is curious.
It's absolutely far fetched, but what if he's telling the truth?
What if Humans and Kordolians are compatible?
And when it comes to Xal, why does her body keep betraying her when her head is telling her to get the hell out of there?

Finding this series is like finding a box of bon bons. Fun!

There is a ton of action and hero and heroine I really like. They treat each other well and the sexy times are on an equal footing and smoking hot.

I think this book is more pleasurable if you get to know the Prince in the first book of the series but it is good on its own.