Log in with Facebook
or
Wrong email address or username
Sign up
Already on BookLikes? Log in!
Incorrect verification code
Please, check your email, the code to access your BookLikes blog was sent to you already.
Enter code:
« Back Send
back to top
Search tags: diego-bernard 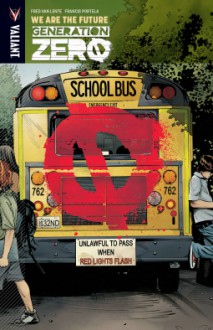 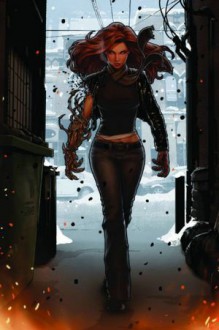 Tim Seeley, the author of this volume, was handed a steaming pile of BS: this is an AU based off Artifacts, in which Hope is the daughter of Jackie Estacado and Jenny, a woman who is supposed to be dead.  When the Top Cow universe died, Hope brought it back: she was a key, on which everything in that universe was held, and she could bring the universe back from death.  Recreate it, really.   But Jackie somehow warped that universe, taking Hope away from Sara.

Except this all hinges on things that I object to.   Everything feels slightly off and the 'real' universe is still the one in which Sara was raped, and no one says shit about it except to make jokes about her dating her rapist.    A universe in which she did sleep with him again, and showed concern for him, which gets even more bizarre.   She's a cop, and he's a murderer entrenched in the mafia.

And then he raped her while she was unconscious.   And the whole 'I didn't know, it was the Darkness' thing is just a cop out: it gives Jackie and Sara a reason (not a very good one, but a reason) for her to blow off the rape.

Seeley can't say, 'no, this isn't how it happened, this isn't the real universe.'   He has an event he's playing off, an event that are based on these facts.  Sara did have to deal with this at one point, in which she says she's allowing Jackie to keep his family despite what he's taken from her.   (Although at other points, she doesn't seem to remember Hope so I'm not sure if that's what she's talking about.)

For whatever reason, Seeley hasn't had to deal with Sara, Jackie and Hope yet.   However, he is writing Sara as pretty kickass, even after all the shit she's been through.   I'm hoping he continues to write her this way, although the whole Marz's run going downhill has me a bit skeptical.   For what it's worth, this reboot is good enough for me to continue with volume two for now.