Log in with Facebook
or
Wrong email address or username
Sign up
Already on BookLikes? Log in!
Incorrect verification code
Please, check your email, the code to access your BookLikes blog was sent to you already.
Enter code:
« Back Send
back to top
Search tags: duke-of-suffolks-head 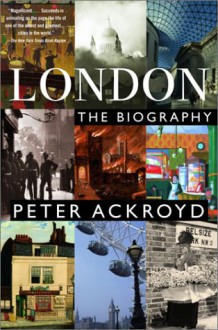 I mentioned this in the last post, but now I've actually sat down and started looking up old books that are referenced in this book. And I've found a lot. And I'm just starting.

Usually when this sort of thing happens I add it to my (huge) bookmark folder for online ebooks and tell myself that I'll eventually share the links. But I'm horrible at getting around to that, so bah, I'll just pop in and share what I've found in the past hour.

First a quote from Ackryod's book:

p 114: "Antiquarianism might itself be considered outmoded, therefore, except for one curious ceremony which is conducted every year at the church of St. Andrew Undershaft. Here rests John Stow's tomb, with a memorial figure of the Tudor antiquarian resting upon it. He holds a quill pen in his hand and every year, at the beginning of April, the Lord Mayor of London and a distinguished historian proceed to the memorial where a new quill is placed in Stow's hand. So the city honours one of its greatest citizens, with the changing of the quill a solemn token of the fact that the writing of London's history will never come to and end."

And now, some random old books. Am linking Open Library's website because, while all of these have links to read the original book online (you'll see images of the actual scanned book page), they have great links where you can download directly in the format of your choice. I'm hooked on them because I can wirelessly send to my kindle via a link. Down side: often the downloadable versions have scanning errors (wrong letters, garble here and there) - and you'll miss out on the great illustrations or photos that some of the books might have. (I usually read via ereader and check the original for images. So far majority of books with images don't hae them in downloaded version.)

Which I am going to read first because there's a chapter on the head of the Duke of Suffolk. And a photo of the mummified-looking head in the frontpiece. Definitely has my attention. [tumblr me: omg guys I bumped into a book with a decapitated head! Score!]

Because I understand those of you who just want to cut (grim accidental pun) to the chase, I'll link you to the wikipedia section called: The Head. Note that wikipedia quotes from this particular text. Though it cites the book in reference, you'd never know it was waiting to be read at archive.org, but that's wikipedia for you. (Yes I could link it myself but then I'd have to go look up my password and that'd take up reading time.)

Er none of the following have quite the weirdness of Unknown London. Or the promise of weirdness - I've not yet read any of these, remember.

Nice to find a woman author amongst all the guys.

History of London by Walter Besant (1894)

And, again randomly, I bumped into the following on a non London related search, which it is yet again the case that a woman author is mostly ignored because we don't have translations - or at least not of her own writing. So here's a two volume bio - by a gentleman who wrote it in French, but his work was translated. Go figure.