Log in with Facebook
or
Wrong email address or username
Sign up
Already on BookLikes? Log in!
Incorrect verification code
Please, check your email, the code to access your BookLikes blog was sent to you already.
Enter code:
« Back Send
back to top
Search tags: elizabeth-hartey Nikki
I’m not a saint. Never claimed to be. I’ve played the game and scored my fair share—both on and off the field. This is why I should have known better than to fall for a hockey player. But I did. I fell fast and hard.
Now I’m left with the painful consequences, reminded every day of how reckless I had been by giving him my heart so easily—so willingly. Dalt broke me in the cruelest of ways, and because of him I’ll never be able to love again.
Dalt
Nikki changed me. She made me want to be a better man. My days playing off the field were over because she owned every little piece of my heart…until she left, leaving behind a gnawing ache where my heart used to be.
Now she’s back, and it’s painfully clear she hates me, ignoring me, pretending like I’m nobody to her. But that’s just too damn bad. I want answers. I want a goddamn explanation.
And most of all…I want her.
Source: archaeolibrarianologist.blogspot.com/2018/09/review-tour-excerpt-giveaway-cross-drop.html
Like Reblog Comment
show activity (+) 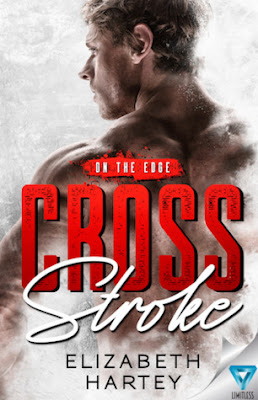 Tracey…
One night left my heart shattered and my reputation ruined, and now my only hope is to transfer to another university far from home. Although I’m a champion figure skater and am used to succeeding, I can’t dump the burden of distrust and intimacy I’m carrying.
But when I literally crash into the cocky captain of the hockey team, sparks fly, and the attraction is as undeniable as it is unwanted.
No way is this arrogant hottie the one to help me move past my fears. Or is he…?
Dak…
Overwhelmed with guilt and remorse, I can’t forget the tragic accident that killed my first love. To avoid ever feeling that kind of agonizing loss again, I vow to stick with one-night stands with every puck bunny who glides my way and focus on keeping my position on the hockey team.
But after I meet a feisty figure skater and am then thrown together with her as a lab partner, I find I want to melt the icy walls we’ve built around our hearts.
If we don’t strangle each other first. 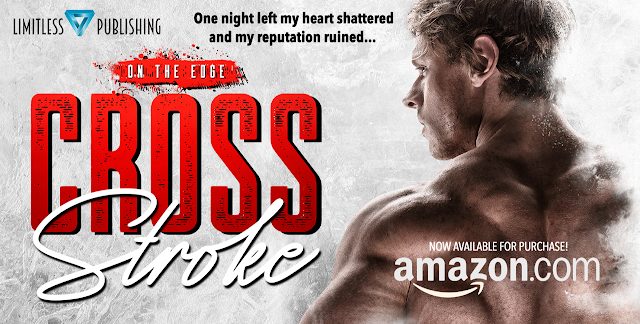 Dak
The courage to be responsible for someone’s life and happiness again is something I lack in a big way. In the end, being responsible for someone else’s life and happiness is what a real relationship is all about. Being with the one special person you want feels great…most of the time. However, if something goes wrong, it can be decimating for both people. Once you cross the relationship line, both people possess the power to destroy each other. I know what it’s like to be bulldozed by love. I can’t risk it again. But did I already cross the line by kissing her the way I did? Because she’s all I think about, all I see when I close my eyes. I don’t get this.
I thought I loved Abbey with all my heart. I thought we would be together for the rest of our lives. I guess we were. I just didn’t know the rest of Abbey’s life would be so short. But if all those emotions for Abbey were real, how can I be feeling what I’m feeling for Trace now? She’s so different than Abbey. I’m consumed by the guilty feeling that if Abbey had lived, in time I might’ve fallen out of love with her and destroyed her in a different way.
We were both young. I’m not exactly ancient now, but three or four years in time and experience in college can make a world of difference. I’m a different guy than I was when I was a freshman, learned a lot about life and love. That doesn’t mean I know for sure what the future holds and I don’t want to do anything to Trace to hurt her somewhere down the road. She deserves way better than me.
See what I mean about relationships? I’m a perfect example. A few months ago, I had figured out how to live my life on my terms: hockey, school, surfing, the casual hook up with the next consenting hot girl to come my way. Now I’m a f…ed up mess trying to figure out what I’m feeling for Trace. She deserves more than this guarded, emotional wreck.

Cross Stroke by Elizabeth Hartey
My rating: 5 of 5 stars

Tracey & Dak literally run into one another. She is starting over, since her chance at happiness was ruined at the last school she attended. This time, she plans to keep to herself and study.

Dak is immediately attracted to Tracey. They have a lot in common. The both love to skate, hate to be considered anything but the best, and both want to be the boss.

This story starts your heart pumping right from the very first chapter. The characters have excellent banter, heat, and ton of competition thrown in. I loved how fun and easy this story was to read. I never wanted to put it down. I simply cannot wait for the next book in the On The Edge series. 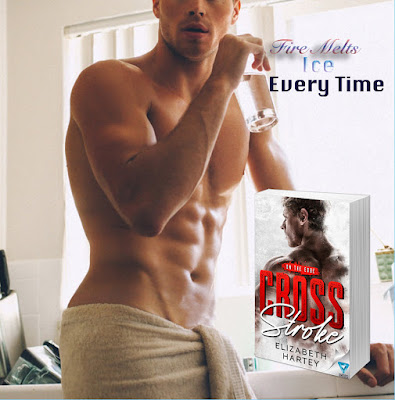 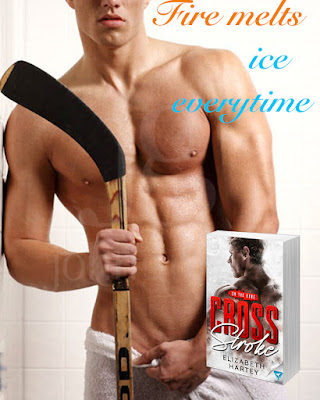 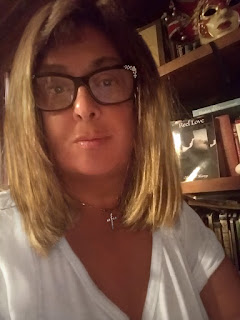 As a lover of the northeast US, Elizabeth moved with her husband to the Poconos several years ago to open a Chiropractic Clinic. Four children and a menagerie of animals later, she has finally found time to fulfill her lifelong dream of writing novels. The wild ride of writing books is one of the most difficult things she’s ever done in her life. But the opportunity to get her stories out of her head and down on paper and send them out into the world is also one of the most wonderful things she’s ever done. A dreamer at heart, romance is the genre she spends most of her time writing and reading into the wee hours of the morning. And having readers fall in love with her characters as much as she does is almost as exciting as giving birth (just not as painful!) When not juggling work responsibilities and writing, she enjoys spending time with her family, hiking the beautiful hills and woods around her home, swimming, knitting, watching old classic movies and traveling. 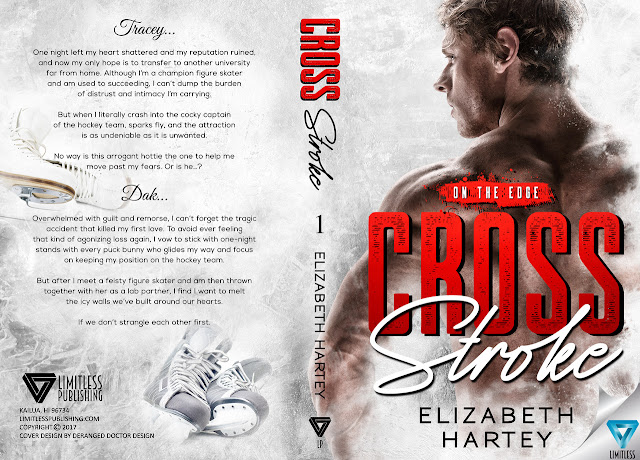 Tracey & Dak literally run into one another. She is starting over, since her chance at happiness was ruined at the last school she attended. This time, she plans to keep to herself and study. Dak is immediately attracted to Tracey. They have a lot in common. The both love to skate, hate to be considered anything but the best, and both want to be the boss. This story starts your heart pumping right from the very first chapter. The characters have excellent banter, heat, and ton of competition thrown in. I loved how fun and easy this story was to read. I never wanted to put it down. I simply cannot wait for the next book in the On The Edge series. ***This early copy was given in exchange for an honest review only.
romance series Contemporary Sports Hockey review new release new adult college Cross On the Edge NA stroke figure skating elizabeth skater elizabeth hartey limitless cross stroke hartey
Like Reblog Comment
show activity (+) This is the story of Annie Caslo and Colt Ballard.
Annie is questing her life choice of being a young Dr and teaching others. Although Annie seems to be an 'old soul' she is young in age with other dreams and is rethinking her choice. Then Colt walks into her class room as a student which throws another element to her life. Colt is a hot guy that knows it and other women due too. But once he sees Annie it hard to think of anything else. They seem to share a love of old movies but what else will they share?
Enjoyable and easy read!
"My honest review is for a special copy I voluntarily read."
https://www.amazon.com/gp/profile/A2HX0B5ELOPP5Z?ie=UTF8&ref_=sv_ys_3
https://www.goodreads.com/user/show/1831318-sissy-s-romance-book-review-for-you
https://twitter.com/soapsrus68
https://www.facebook.com/RomanceBookReview
http://sissymaereads.blogspot.com/
http://booklikes.com/blog
https://romancebookreviewforyou.wordpress.com/
https://www.tumblr.com/blog/romancebookreviewforyoublog