Log in with Facebook
or
Wrong email address or username
Sign up
Already on BookLikes? Log in!
Incorrect verification code
Please, check your email, the code to access your BookLikes blog was sent to you already.
Enter code:
« Back Send
back to top
Search tags: found-in-the-internet 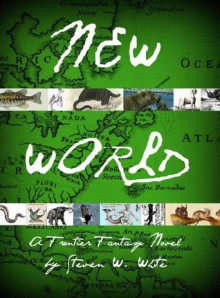 Across the sea lies a newly discovered continent, a world whose forests and beasts are unknown to the recorded memory of elves, dwarves, or men.

In this land called Mira, the brutal sacking of a young colony links the fates of two opposite characters: a twelve-year-old printer's son named Simon Jones and his long-lost uncle Tiberius Bogg, one of Mira's legendary mountain men.

Simon is small, but smart; scared but determined. Bogg, with his raccoon-skin cap and smart-talking grammar abuse, is fast as a splintercat and stealthy as a hidebehind. Together, they turn the tables and pursue their attackers (a cruel knight and his soldiers from the old country) through a wilderness full of extraordinary creatures – jackelopes and thunderbirds, fur-bearing trout and four-legged hills – all culled from American tall tales, Indian legends, and backwoods folklore.

I overall enjoyed this novel. The plot, the characters, the creatures! They were unique, it's a book that gets your imagination going I think. A bit of mythological creatures plus a few new ones..

Bogg, I think is a likable gruffy character who has no idea how to deal with having his "unknown" nephew thrown upon him. Or with people in general. But he is a good man... and likable definitely. Humorous, sassy, intelligent... Just to name a few features.

Simon, like is said in the book description, he is small, smart, scared and determined. From Boggs POV, you can see him changing from a small, helpless, orphaned boy to a young, strong, quick-learning man (even though the time period of the books is maybe like a month if that).

I like how Simon gets Bogg into these funny/odd predicaments, that Bogg would not have usually gotten himself into. And as the story goes along you can kinda see Simon turning into a mini Bogg. Bogg himself I think can't even help but feel proud of the little boy!

This eBook really is a good read. I recommend it to anyone really... Whether you enjoy fantasy or not, it's a thoroughly good book. Fast paced, good descriptive, got some humour, action, adventure, a good all rounder book...Not a book to be taken to seriously but for a free book, it's a rare thing. (To find a good well written book for free.)

Its a Thumbs Up book for me! 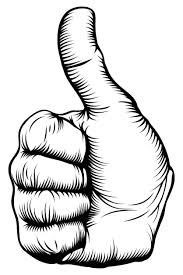