Log in with Facebook
or
Wrong email address or username
Sign up
Already on BookLikes? Log in!
Incorrect verification code
Please, check your email, the code to access your BookLikes blog was sent to you already.
Enter code:
« Back Send
back to top
Search tags: historical-mystery 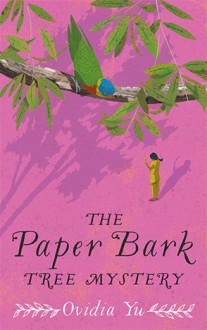 I enjoy this series for the setting, the time, the history and the characters, but The Paper Bark Tree Mystery was a poor entry structure wise.  The plot was good, but marred by the fragmented delivery; characters would transition from point A to point S without the reader knowing anything about B-R, making for a disjointed and often confusing read.  Ultimately, this is the fault of whomever edited it, but it's a shame because the story and the series has so much going for it and a lot of potential ahead.  I'll read the next one if there is a next one, but I hope for a much smoother narrative. 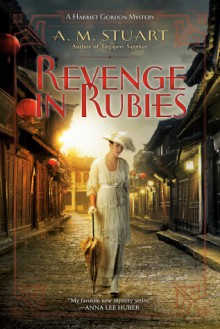 My issues with this one remain the same as the first, but I realise after some thought, that I am the victim of the romantic tension trope.  Possibly a willing victim, as it turns out.  I understand that Stuart is bucking the trope by having the two MCs not being romantically available to each other, but alas, I don't like it.  It feels like something is missing, in spite of my not being a fan of romances.  Given the time period these are set in, and  the general attitude of society that a man and a woman can't really be partners and bond on any level other than romantically - and should they try everybody accuses them of being romantically involved anyway, I can't see this going anywhere that isn't going to irritate me.

Still, the mysteries are good, and the Singapore setting is threatening to become trendy.  The characters are growing on me in spite of the lack of oomph.  The plotting is intricate enough, though one scene gave away the villain just a few pages before the big reveal.

I'll definitely read a third one and who knows, maybe the character dynamics will go somewhere interesting without all the silly angst. 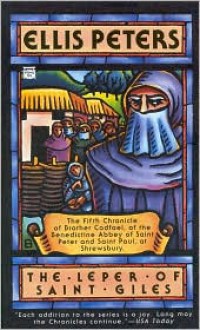 For slower paced, traditional mysteries that are very skilfully written, you can't go wrong with Brother Cadfael.  When Peters created a crusader turned monk, she gave herself a large canvas on which to paint a variety of clever, interesting crimes.

The Leper of St. Giles takes place largely in and around St. Giles, the hospice for lepers that lies just outside Shrewsbury, but it's largely about the wedding of an 18 year old girl, sold off by her guardians for a large portion of her own inheritance, to a cold, unfeeling 60-something land baron who only bought her lands and is taking her on sufferance.  Of course she's fragile and innocent and lovely and of course his squire is around the bend in love with her and incandescent over the injustice of her treatment.  And of course the baron ends up murdered.

There's a plot twist in this book; a rather major one, but it's telegraphed early on, so that I knew long before it was revealed.  It's a good one, but if Peters hadn't split the difference, the early guess would have ruined the story.  As it is, Peters seems to have covered her bets and kept that reveal from being absolutely pivotal to the plot, making the ultimate solution a surprise, and a tragic one at that.

A few of the series characters readers enjoy aren't here in this book, but there are other characters that endear themselves to the reader.  There's a bit of humor here and there too, making this a much more enjoyable read than the last, St. Peters' Fair, which was a good story but dragged.  I'd be best pleased if we saw Bran and Joscelin again, though I'm not counting on it. 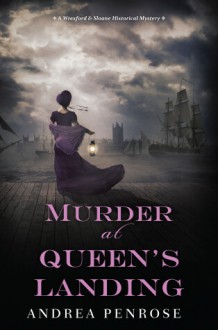 I've really enjoyed the first three books in this series, and though I enjoyed this one too it was a bit heavy on the sentimentality.

Penrose crafts her plots around fictionalised versions of real historic events, and this time around it's mathematical machines and financial shenanigans that may or may not involve the East India Company.  Her historical knowledge always adds an extra depth to the story, and a well plotted mystery makes it even better.

Charlotte has built quite a scooby gang around her and Wexford, and the characters are fully fleshed and they're easy to care about and cheer for.  But the dynamic between Wexford and Charlotte has become increasingly sentimental to the point of down right syrupy.  The sentiments are lovely, but just a little too much for my tastes.  I was also getting aggravated at the overuse of the word ‘dastards’.

I'm still a fan, but I'm hoping the next book will regain a little of the edge the first couple had. 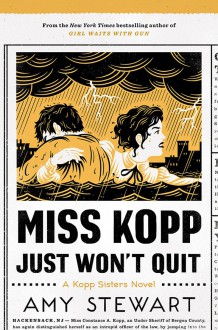