Log in with Facebook
or
Wrong email address or username
Sign up
Already on BookLikes? Log in!
Incorrect verification code
Please, check your email, the code to access your BookLikes blog was sent to you already.
Enter code:
« Back Send
back to top
Search tags: http:community.educationworld.comcontent43pc-b

The vast majority of investors either retained or added to their holdings of silver and gold after prices fell sharply in the spring, a survey suggests. | telegraph.co.uk

The survey was conducted by BullionVault, which allows individual investors to own gold and silver without taking possession. The strong support for the metals came despite the survey being conducted in June, just after a major sell-off that saw the price of gold tumble. Having peaked in autumn 2011 at almost $1,900 an ounce, the price fluctuated between $1,600 and $1,800 for much of the next year, before beginning a sharp decline from October 2012. In June it fell below $1,200 but staged a recovery in July, rising by 7.6pc.

Separate research has found that the top seven best performing funds in July were all related to gold. Gold funds tend to own shares in gold mining companies, whose shares rose more sharply than the gold price, gaining 9.7pc over the month. The best performing fund was the Way Charteris Gold Portfolio, which climbed by 24.9pc in July, according to Hargreaves Lansdown, the fund supermarket. Next was Smith & Williamson Global Gold & Resources, which gained 19.5pc over the month, and Old Mutual's BlackRock Gold & General fund with a 19.3pc rise. Adrian Lowcock of Hargreaves Lansdown said the rally was due to indications from America's Federal Reserve that the withdrawal from quantitative easing – so-called "tapering" – would be slower than previously thought.

“Investor confidence returned in July as the Fed confirmed that it would continue purchasing $85bn a month of bonds," he said. "The Fed gave a broad outline of how QE tapering will proceed, reassuring investors that tapering was dependent on continued economic growth.”Investors responded positively to the comments and gold rallied strongly in July. Continued QE is considered good news for gold as it increases the likelihood of higher inflation at some time in the future." He added: "Gold shares have fallen a lot further than the actual price of gold this year and in July they also rebounded quicker. Traditionally gold mining companies have been more volatile than the underlying asset as they are a 'geared' investment to the precious metal. They lagged behind as the gold price rose in previous years but have tracked the price more closely this year." 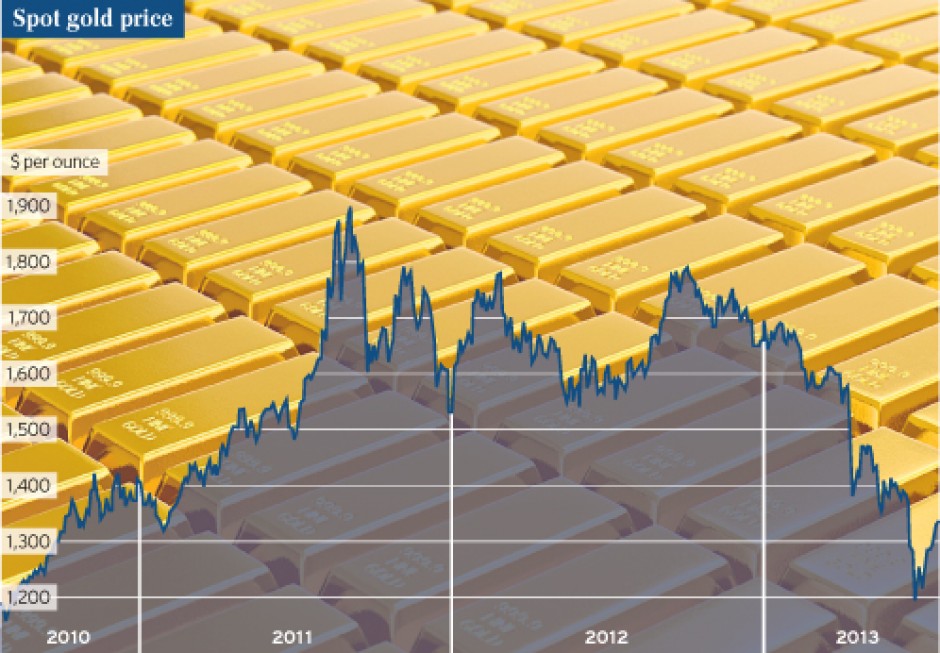 Miguel Perez-Santalla of BullionVault said: "For many private investors gold and silver is a long-term investment choice, and many precious metals investors are still feeling the sting of the last global economic downturn. They are clearly still very cautious about announcements and forecasts heralding signs of life in the economy that could tempt them away from precious metals.

"With this continued uncertainty and combined with the drop in price of precious metals, there is an opportunity to not just hold on to current investments but to also increase exposure further to protect savings and investments against any future shocks."