Log in with Facebook
or
Wrong email address or username
Sign up
Already on BookLikes? Log in!
Incorrect verification code
Please, check your email, the code to access your BookLikes blog was sent to you already.
Enter code:
« Back Send
back to top
Search tags: ignorant-git 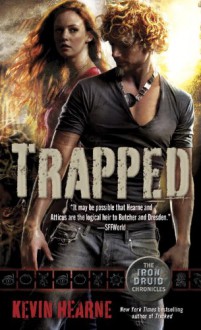 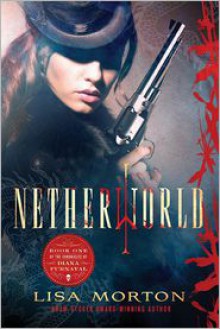 I don't read many terrible books. I read a good few which are just not very good, but it's quite rare for me to read one which is deeply and unfixable awful. Nor do I read many which are so bad they're good - I have too much to read, not enough time, and too little disposable income as it is.

The best I can say about Netherworld is that it is, at times, entertainingly stupid - "Why is this the Cave of Cats?" wonders one character; 10 seconds later he finds a lot of cats. Unfortunately, it's not entertaining enough to get me past the the factual inaccuracies - as I said in my status update, the language of Kolkata is Bengali, not Hindi; yes, it is spoken there today and yes, a Kolkata had a Hindi language newspaper at the time, but the guy carrying the chair, talking to his mates, is going to speak his own language - and general lack of historical world building which, when combined with other aspects of the book, feels more like ignorance.

I appreciate the oddness in giving out about factual accuracy in a book about a woman trying to close supernatural gates to the Netherworld, but this is set in 1880 and I expected it to reflect that. Instead we have American language - references to wait staff etc - and a heroine, Lady Diana Furnaval, who reads nothing like the product of a 19th Century upbringing, let alone one - we must assume because the book doesn't tell us - from the upper classes. For a start, she doesn't appear to have a ladies maid, which I might buy if there was a reason for it, or the text referred to her doing any of the things a ladies maid does. It doesn't. It's just one of the many contextual gaps which undermine this book. Don't get me started on the trip to the Bad part of London.

The language, too, is a disappointment. It adequately describes what is happening, with rather too many dramatic em dashes for my taste (one particularly grated: there is a diary section whose writer is attempting to get down the information as quickly as possible but still uses a dramatic em dash line break to enthral the reader). It does not, however, give any atmosphere, or sense of place. Details are absent, but for me, details are what make a book like this. We don't even know what title Diana's husband possessed, or who has it now, or whether they're bothered that Diana is living in their house.

The plot is not terrible, but it does take a while for it to kick in. Before that it's a bit directionless with Diana travelling around closing the gateways to the Netherworld, taking in Romania (in a Dracula homage), China, India, and the US, before discovering the dastardly plot. It's not a very good plot and the attempts to stop Diana thwarting it are remarkably inefficient. Even the Big Bad Guy comes directly from the Bond Villain school of "Well, you're going to die anyway, so sure I'll answer your questions about my nefarious schemes".

Irritable mentions must go to Mina, a cat version of Dean Koontz's Exceptional Dog. As a woman 15 years and 23 cats away from becoming a fully fledged crazy cat lady, I find these depictions incredibly annoying. If you are feeding a cat nothing but protein and carrying it around in a bag all day, you are going to have a deeply unwell cat. Yes, it really does annoy me that much.

attempted rape by an Incubus who intends to impregnate Diana and have her die in childbirth. No word on whether the kidder was to be called Adrian.

My special prize for stupidest thing in the entire book is reserved for a sentence near the end. Diana has been shown the future of manufacturing and is a tad upset by it because children have no limbs, or something. She sets up a grant for scientists who create better, cleaner, safer methods of industry. Aside from the fact it's a waste of money because engineers are the people you want for that type of thing, Diana's estate is in Derbyshire. You know what's in Derbyshire? Apart from Pemberly (home of Jane Austen's Mr Darcy). Cotton Mills. Lots and lots and lots of dark satanic mills, noted employers of children. For somebody with such hippy Guardian-reading liberal sensibilities, Lady Diana is remarkably unaware of what's happening on her doorstep, or throughout her country. Has she never read any Mrs Gaskell? Or even a newspaper? 1880 was the year compulsory education was introduced for heaven's sake.

I judge a book in part by how well it manages what I expect from it. A book with "Bram Stoker award winning writer" (for Non-Fiction, incidentally) plastered on the front was expected to be well written and well researched. This was neither. I'll give it 1 star because I did finish it, but I'm struggling to think who, among the people who aren't me, would enjoy it.

So, I'm still reading, and we're done with Dracula. We moved on to The British Empire being horrid to pretty much everybody but we're lucky our plucky heroine is here to say things like "The last time we refused to give the locals a say in government, we lost America". Also, The British are teh evulz and we should all hate them because they are evil imperialist bastards who oppress pretty much everybody and don't bother to learn anything about people who aren't them.

In other news, the language of Kolkata [Calcutta] is apparently Hindi. Silly me for thinking the people of West Bengal spoke, oh gosh, I don't know, Bengali?

Yesterday, I posted a link to a this rage-inducing opinion piece -- Damsels in Distress: Why Do So Many Contemporary Women Read Old-Fashioned Romance Novels . The author, after being soundly eviscerated in the comments (which are excellent BTW, the exception to the "Don't Read the Comments" rule of internet survival), posted this response/addendum/lame-ass-apology -- My View on 'Romance Novels': An Addendum, Explanation, Defense and Apology.

You just keep on digging that hole deeper, Mr. Ghosh. If you ever do decide to read a few of those romance novels that you despise so much, might I suggest that you concentrate on those that feature that time-honored romance trope, The Grovel? You clearly could use a few pointers about how to apologize and earn a gal's forgiveness.

A Facebook friend just sent me this link to this opinion piece --  Damsels in Distress: Why Do So Many Contemporary Women Read Old-Fashioned Romance Novels? -- with the comment "Thought you would enjoy the read."

If by 'enjoy' my friend meant 'take violent exception to almost every sentence,' then, yeah, I had a blast. Damn, but I get so fucking tired of people acting surprised to find out smart, feminist women read romance!