Log in with Facebook
or
Wrong email address or username
Sign up
Already on BookLikes? Log in!
Incorrect verification code
Please, check your email, the code to access your BookLikes blog was sent to you already.
Enter code:
« Back Send
back to top
Search tags: inn-boonsboro-trilogy-3 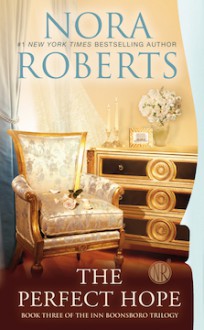 Ehhh not too much to say. I loved Hope and loathed Ryder. I am glad for the most part that Roberts latest contemporary romances do not have the whole alpha male who is an asshole, but secretly has a heart of gold thing. Most of the crap Ryder did to Hope was "negging" in the first two books (he refuses to use her name and calls her innkeeper) and I thought too many people kept giving him passes. The only reason why I gave this three stars was that Hope was great, that the trilogy seems to take place over a two year period, and it was nice to read a romance that didn't take place in New York. I think Roberts skipped past some really good sub-plots in order to get back to the "investigation" into Lizzy which I still didn't care about.

"The Perfect Hope" finds the Inn Boonsboro ready for the summer. Clare is married and expecting, Avery is engaged to get married the following year, and now Hope feels a bit lost. She was left hurt by the end of her last relationship and realizing that the man she was with, didn't love her, and his family really didn't care about her at all. When her friends propose Ryder (why you guys? Are there no other men) Hope considers it and then proposes a "situation with no strings" with Ryder.

I just have to say this, Hope was too good for Ryder. I really wish that Roberts had some tension develop with her realizing that Ryder was set in his ways and wasn't opening himself up to her. The way he talked to her in this book and the last two books really set my teeth on edge. And I hated that Hope's supposed friends made it seem like well maybe he has a thing for you. Nope. Nope. Nope.

Ryder doesn't change at all (IMHO) he just stays the same and then goes around and does the He-Man crap when a situation comes up involving Hope. I just wasn't feeling him at all since it didn't seem to me he was in love with Hope at all. The story put them together, but I wasn't seeing true love through the ages.

The resolution to the whole ghost thing was eyeroll inducing. I went really a few times and just didn't care. I think for me that the series was just a platform to showcase Roberts new business and I wish that there had been more development of the last two romances in the series. I loved Clare and Beckett, loved Avery and felt meh about Owen, and then loved Hope and loathed Ryder. 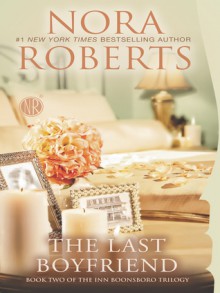 Well not too much to say except this was kind of boring. Roberts seems mostly fixated on the decorations in this one and not actually developing the characters. We have one moment of tension/plot that is quickly dealt with which didn't feel realistic to me. I liked Avery and Owen separately, but didn't really find their love story engaging at all. Also I just realized the whole ghost thing is reminding me way too much of "In the Garden" and it just started to bug me after a while.

"The Last Boyfriend" follows the events of the last book several months later. We now have Clare and Beckett planning for their wedding and that of course has Avery thinking about romance. Avery starts to wonder about Owen after the two of them have a moment together. Owen likes his life and business perfectly ordered. When he decides to get involved with Avery, he realizes that he's going to have to let some things go if they are going to be able to have a future together.

I don't know. This book felt off to me somewhat. Too many things were happening. Owen and Avery are thinking about and then do start dating. We had Owen and Hope still trying to figure out "Lizzy's" identity. The Montgomery boys mother has more and more plans and Avery has a secret dream that may involve all of them. Clare is trying to get her wedding plans together. Someone from Avery's past returns and then we have a misunderstanding that left me wanting to smack Owen. Everything was just thrown at you in this book with people still screeching about the picture perfect inn.

I do agree with some reviewers that Avery really was a great heroine and I have to say she was. I liked her spontaneity and why she got into cooking and I loved her dream and how that all came about. I do think that Roberts rushed through one of her sub-plots though. It could have given the book some needed tension.

Owen was just boring and reminded me of a dozen of Roberts male character tropes in her trilogies.

The writing was fine, the flow was eh and I was ultimately bored when we got to the ending. I am going to say that I am glad that we get to see seasons/months change in this series. Often Roberts trilogies take place over a couple of weeks/months and it doesn't feel realistic to have people just falling in love back to back. 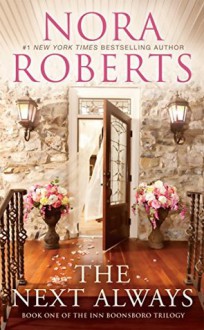 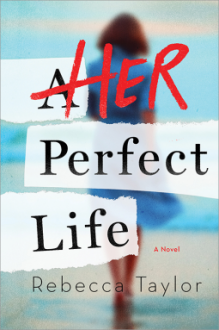 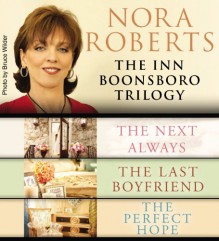 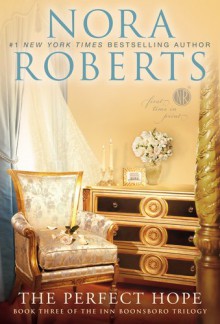