Log in with Facebook
or
Wrong email address or username
Sign up
Already on BookLikes? Log in!
Incorrect verification code
Please, check your email, the code to access your BookLikes blog was sent to you already.
Enter code:
« Back Send
back to top
Search tags: intelligent-machines 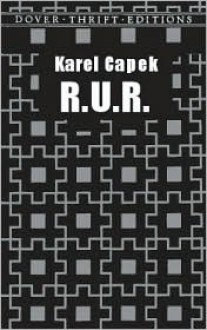 I just listened to an audio drama of R.U.R., Rossum's Universal Robots. It's a short stage play from 1920 and it popularized the word 'robot'. It's a story about a group of people who run a factory that produces many billions of robots, over the years, and things get a little out of control. The previous reviewer is correct that it has some pulp elements, also the ending was not really surprising to me. But I shouldn't judge the ending as seeming unoriginal because this story *was* the original, or one of the first.

Cheap robot labour is a comment on the working classes etc., very relevant in 1920 and also today. - Just before R.U.R. I had listened to a debate about genetic engineering. The proponent of it said that he would stimulate the use of genetic engineering, not only by companies, but also by students as a matter of 'play' and experimentation. In other words: Scientists and business will go ahead and meddle with living organisms, no matter what. From that perspective R.U.R. is also relevant today. 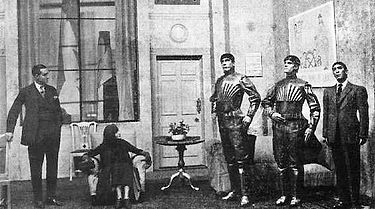 The audio drama can be found on Librivox.org. It's not the best one ever but it's very cool that people make this for free. I should mention that one of the characters is an anti-Semitic stereotype. In my opinion the rest of the play has aged well. 3,5/5 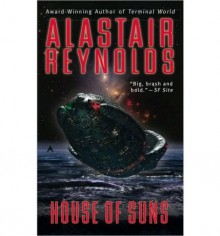 House of Suns already has plenty of reviews. I agree the most with the review from William'sBookBlog. Compared to other sci fi, this novel is set in the distant future. For me that makes it harder to identify with that setting, but a story in such a distant future does have its own charms. And it's also compensated by the fact that it's a rather good story.

While it's not a 5-star masterpiece, the book did contain a lot of good stuff: a good story, sci fi concepts that made me think and smile, plausible astronomical settings and characters that are good enough. I liked it more than Revelation Space and will give it a score of 4+ out of 5.