Log in with Facebook
or
Wrong email address or username
Sign up
Already on BookLikes? Log in!
Incorrect verification code
Please, check your email, the code to access your BookLikes blog was sent to you already.
Enter code:
« Back Send
back to top
Search tags: irvine-welsh 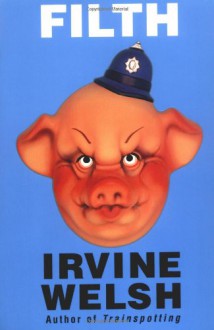 If you indulge in Irvine Welsh then expect to be shocked, his writing and his descriptions are at times excruciatingly painful to read. Sergeant Bruce Robertson is a typical Welsh character, he takes what he wants lives life to access and does not care if his actions harm or destroy anyone in the process. He is at heart a narcissist possessing an inflated sense of his own importance involved in numerous female liasions with little or no empathy for others. However underneath this facade is a very troubled possibly suicidal man, and the author uses a very clever way to disclose this to the reader. Robertson's use of alcohol and recreational drugs, with little or no intake of nutrition, have caused a deterioration in his health and he appears to be harboring an intestinal worm. This parasite becomes the main source of information for the detectives's increasingly bizarre behaviour, a very original and highly entertaining element in a narration not for the faint hearted. 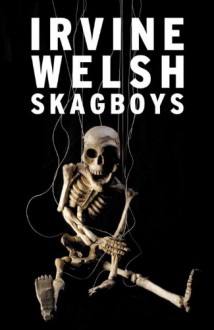 Twenty years after the release of Trainspotting in 1993, Irvine Welsh wrote a prequel “Skagboys”. We are introduced to the main characters before they encounter heroin, and taken through the degradation of the working class in Scotland and elsewhere during the Thatcher years, including a poignant scene during the miner’s strike. The same degradation is reflected in the city of Edinburgh which is revealed not only as the Athens of the North, but also as the AIDS capital of Europe.

As with Welsh’s debut novel the prose is written in Scot’s vernacular that gives a warmth and depth to the story, although the way it slips away for some of the older characters suggests that the mode of expression might be contrived at times rather than natural. It is a dark and terrifying look at the psyches of young men. Women are invariably called rides (if they are sexually attractive) or not rides (if they are not). Even the most sympathetically revealed female character Alison, is shown in a very laddish way and does not in any way address the toxicity of the misogyny rampant in this group where women’s agency is exchanged for drugs on a regular basis.

It is a political novel, and looks critically at the lack of action to tackle the rising problems of AIDS, drugs and unemployment during the 1980s. It is very much a working class story and everyone who is educated and gainfully employed is seen to be naive at best and the enemy at worst.

The lads, Renton, Sick Boy and Begbie, are psychopaths – lying, cheating, stealing, manipulating, or beating people to a pulp as a way of life. There are moments of clarity in Renton’s narrative where he acknowledges how messed up he is, and how nothing about his life justifies what he becomes. Sick Boy and Begbie share no such revelations.

The prose is very effective, the story is fairly interesting, and the characters are about the same as they were in Trainspotting, although perhaps too much the same at times. There are some gorgeous paragraphs in there, particularly where the author is using Spud or Renton to share a teachable moment with the reader.

From Spud : “Too much chargin aboot: it’s killin us aw, man. The rat race n that. Stressed if yuv goat a joab, stressed if ye huvnae. Everybody oot fer themselves, at each other’s throat n daein each other doon. Nae solidarity nae mair, ken?”

From Renton: “If being Scottish is about one thing, it’s aboot gittin fucked up … Tae us intoxication isnae just a huge laugh, or even a basic human right. It’s a way ay life, a political philosophy. Rabbie Burns said it: whisky and freedom gang thegither.”

If you loved Trainspotting, like I did, you’ll enjoy this novel. If you haven’t encountered Welsh, then Trainspotting is a much better place to start than Skagboys.

I loved the recurring theme of filth in this book. The main character is dirty in every sense of the word, so much so that he has worms. He's filthy in body and morals, a bad person in every sense. Of course he's a pig.
Like Reblog Comment

Since this is a prequel to Trainspotting, I decided to read this one first. I got about an hour into the audio before realizing my mistake, as this seems like a series of disconnected vignettes about characters that the reader is supposed to already recognize. Not having read Trainspotting first, I really had trouble following along or understanding the import of the events, so I decided to DNF and start with Trainspotting instead. 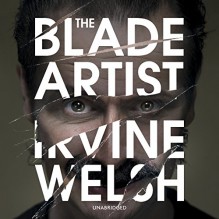 The new Irvine Welsh comes out on Thursday. It's a return to the well-known character of Begbie from Trainspotting and you know what? I cannae wait!