Log in with Facebook
or
Wrong email address or username
Sign up
Already on BookLikes? Log in!
Incorrect verification code
Please, check your email, the code to access your BookLikes blog was sent to you already.
Enter code:
« Back Send
back to top
Search tags: kdrama

Or I'm in a reading slump. Or both. I'm watching The Great Doctor (Hello Book, So Long Sleep posted about it a while back), and I've finally broken down and started Googling Goryeo, Gongmin, etc. I don't want a lot of these people to die, but, this being history, they're already long dead. I'm feeling a little teary eyed right now, reading about King Gongmin and Queen Noguk. I love watching their awkward and very formal romance in the show.

All this TV watching means I'm way behind on reading The Pride of Chanur. And it's due soon. Oops.

Curse you Korean Dramas, with your feelings and gorgeous actors. I hate you! I love you! Awww, why do you make me crave you so and then leave me to wallow in my emotions?

Why do you make me forsake sleep to binge watch every episode because I have to KNOW and can't let the day end without knowing.

For those that are still reading, yes I finished the show. It officially goes on my top 10 list of favorite k-dramas.

Do Min Joon (Kim Soo Hyun) is an otherworldly beauty, literally. After crash landing on Earth 400 years ago, Min Joon has diligently observed humans for centuries, ultimately coming to cynical conclusions. On top of being a super babe, Min Joon's got enhanced vision, hearing and agility — all the more reason to believe he's superior to everyone on Earth. That is, until he pursues the beautiful actress Cheon Song Yi (Gianna Jun) for a romance out of this world.

from Drama fever My Love from Another Star

I loved every single moment of this show. Which is rare for me because I usually get bored somewhere in the middle for a couple of episodes.

Couple of things I take away from this: 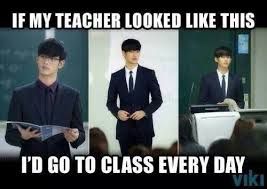 2) The charm of the Steven Spielberg classic E.T. has never been more clear to me than here 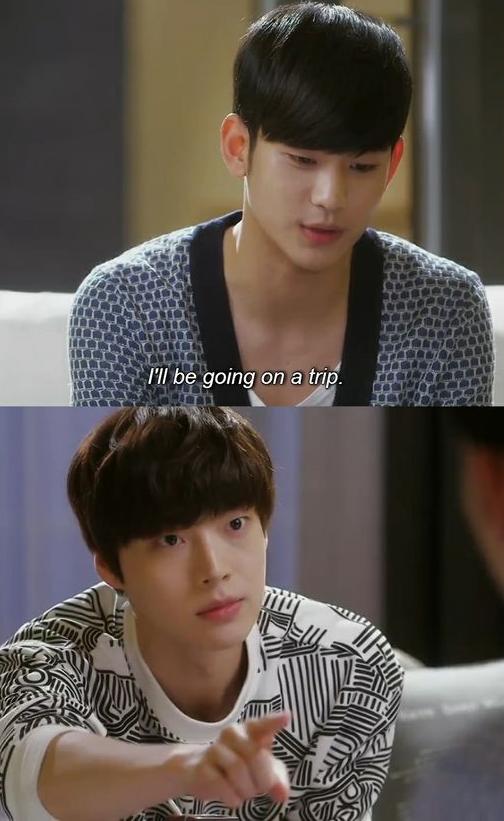 3) The importance of prioritizing the use of one's super powers: This is one of the two books I read and finished during my vacation. I remember being annoyed by several aspects of it while I was reading it, but my overall feelings upon finishing were more “meh” than rage-y. However, organizing my notes in order to write this review really highlighted for me just how many things I disliked about this book.

I suppose I'll talk about the good aspects first and ease into the rest. I downloaded this because it was free and because the “Kdrama” bit in the series title caught my eye. In the end, the most prominent K-drama-related aspects were the italicized bits at the beginning of every chapter, which featured Casey and her friends talking as they watched K-dramas. K-drama titles were rarely (never?) used, but, even with my limited experience, I think I was able to identify a few of them. I wish Mae had included some kind of guide at the end that identified specific shows referred to in the book, but, even without definitive answers, it was still fun trying to guess them.

Casey's “voice” was relatively likable, despite the fact that she occasionally said things that made me raise an eyebrow. For example, I thought it was more than a bit hypocritical to state that she didn't support game piracy but did think it was okay for her and her friends to get bootleg K-dramas. Her reasoning was that K-dramas are hard or impossible to find in America, which made me immediately check to see when this was published: 2012. While I think legal, English-subtitled DVDs may still be somewhat difficult to get, I know of several legal sources of streaming K-dramas. Dramafever, for example, went live in 2009.

The romance aspect of the book was incredibly bland. There were really only two obstacles between Casey and David: David's girlfriend and Casey's supposed lack of attractiveness. The issue of David's girlfriend was essentially dealt with 9% into the book, as David mentioned that he felt Shannon was too high maintenance. It was inevitable that he would break up with her. As far as Casey's attractiveness went, David seemed to like her right from the get-go.

The problem was that Casey was an Unhappy Fat Person. One of her best friends commented disapprovingly about Casey's choice of pizza over her own choice of grilled chicken salad without dressing. She referred to herself as a "dumpy slob" who was four sizes heavier than she used to be a few years ago. Her status as an Unhappy Fat Person essentially cost her a promotion – she didn't have the self-confidence and enthusiasm her boss was looking for. Even though Casey's boss never mentioned her weight, Casey's self-confidence and enthusiasm plummeted around the same time she gained weight. Plus, Casey herself brought her weight to my mind by mentioning that her boss was "supermodel thin" and basically the exact opposite of her in every way.

It wasn't until later in the book that further context was given.

Casey became depressed after her boyfriend moved out, moved away, and dumped her in a note he left behind. She no longer enjoyed running, and she stopped doing all the healthy living stuff her boyfriend had convinced her to start doing. I initially expected the romance to develop either after Casey lost weight and started eating healthy again, or while she was in the process of doing those things, so it was a surprise when David showed clear signs of interest only a quarter of the way into the book. Had she not doubted her own attractiveness (because Unhappy Fat Person), the two of them might have gotten together much sooner.

Casey never did go back to the lifestyle she had while dating her old boyfriend, but she did get back into running. It was framed as her getting back into doing something she enjoyed rather than as an activity she was doing in order to lose weight, which was nice. On the minus side, although weight loss was never mentioned in numbers, one of her friends did comment that she was gaining some attractive “curves” and asked her if she was dieting. Also, Casey and David didn't have sex until after this weight loss, so there was still an element of “sex and romance are for thinner heroines only.”

Whereas the Unhappy Fat Person stuff wasn't in the book's description and took me by surprise (if that's supposed to be Casey on the cover, she doesn't look much like a "dumpy slob" to me), I suspected right from the start that I might have problems with the whole “half-Korean hottie” aspect. The book could have benefited from chapters or sections from David's perspective, or more scenes involving David and his mother, anything to make him seem more like a complete human being. Because that, combined with some of what Casey and her friends said in the italicized bits at the beginning of each chapter, made it seem like David's biggest draw for Casey was that he half-Korean and good-looking. On-page interaction with David was generally pretty superficial. His mother came by maybe once, and of course she and Casey instantly got along because Casey liked the Korean food she'd brought and they both liked K-dramas. Again, just superficial stuff. There wasn't much detail about David's family life, his work, his goals, anything.

This is one of those times when the process of writing a review for a book might have actually lowered my opinion of it. At any rate, there are currently two more books in this series, but I have no plans to continue on.

At the end of the book, there's a note from the author about Korean dramas.

On the one hand, I'm glad I have some time to think about this before I write a review. On the other hand, by the time I write my review, I will probably have forgotten most of this book. The hero and the ex-boyfriend were both cardboard. The Unhappy Fat Person stuff went slightly differently than I expected, but not by that much.

The heroine is Unhappy Fat Person - her fatness is a physical manifestation of her unhappiness. I suppose this could turn around, but right now I'm annoyed at how much the "unhappy --> fat --> unhappy" stuff is being pushed. I'm sure the HEA will come after the heroine has lost weight (thereby signalling that she's happy again). There was a scene in which the heroine had pizza and her bff had a salad with grilled chicken and no dressing, and the heroine's choice was supposed to be a bad thing. Argh.