Log in with Facebook
or
Wrong email address or username
Sign up
Already on BookLikes? Log in!
Incorrect verification code
Please, check your email, the code to access your BookLikes blog was sent to you already.
Enter code:
« Back Send
back to top
Search tags: killing-game

This is an enjoyable romantic suspense set in the mountainous region of north-eastern Afghanistan and tells the story of a snow leopard biologist (Axelle Dehn) who becomes the prey when cold war secrets threaten to expose a modern-day spy ring, and it is also of an elite British soldier (Ty Dempsey) who is forced to choose between his country and his heart.

With flash-backs to the Russian occupation and terrorist attacks in Northern Ireland during the 1970’s the story sails smoothly through its mix of action, military manoeuvers, love and most of all danger. The rhythm is steady and the tone is chilling at times especially when Axelle needs to end the poaching of her beloved snow leopard. At the same time, Ty and his team are on the hunt for one of the most sought after Russian terrorist. And then their paths crosses….and we are into a harrowing fight for survival with many twists and turns to keep us on the edge of our seat.

The chemistry between Ty and Axelle is entertaining… really boy meet girl and awe love is the air…..nothing special….but hey it make for a good read. I admit Axelle got on my nerves at times….but she finally got her act together and I did not dislike her by the end. Ty, well he is the macho military and a guy in love with a damsel in distress who will go to no end to make sure she is safe…awe budding romance.

Overall this story is worth passing time with if you like a soft mystery with a tad of mushy romance…and accept the many clichés along the way you will also enjoy it….……

I love the cover below for The Killing Game by Toni Anderson. I have seen a lot of covers done by Demonza and they do a great job!

I love thriller/suspense novels and Toni Anderson is a must read author for me…then add a wildlife biologist wanting to save the snow leopards…YAY!

What do a British SAS agent, a wildlife biologist and a Russian terrorist have in common? Snow leopards. One wants to save them, one wants to kill them, and the other is caught in the middle.

I love everything about the book, The characters, both good and bad, they all have their part to play. The location and the objective, who wouldn’t want to travel to Afghanistan on a mission to save something as beautiful and endangered as the snow leopard?

Toni Anderson writes some fantastic tales filled with danger, and this is another one I am happy to have traveled through. Keep up the great work and “I’ll be back” for more!

Wildlife biologist Axelle Dehn isn’t about to let anyone harm her endangered snow leopards—not the poacher intent on killing them, nor the soldier who wants to use them as bait. But Axelle is unknowingly entangled in a conflict that stretches back three decades, a conflict that could spark a war between two of the world’s great nations.

​British SAS soldier, Ty Dempsey, is on a mission to hunt down an infamous Russian terrorist in a remote region of Afghanistan. Dempsey hasn’t failed a mission yet, but when Axelle is kidnapped by the Russian, he is forced to choose between duty and his heart. He risks everything to save the determined, prickly woman he’s fallen for, but in doing so sparks a deadly series of events that threaten to expose the most successful spy in history. A spy who will destroy anyone who gets in his way. I never wrote a proper review for this book, but I loved it. Does that make me a twisted person? I don't normally read books like this, but I loved the manga and movie and when I found out the novel came first, I just had to read it! I am so glad I did. I was intimidated by the size, but flew through the novel in a couple days. The Series opens as Ives Andrich, Special Agent in Charge of the New York Division of the FBI, is confronted with investigating the woman he has waited a lifetime to find. Because of her more than accurate novel about an Italian crime lord, the Bureau, against Ives' wishes, asks for her help in infiltrating the internal organization of the nation's most nefarious Mafia don.

When the Bureau’s plan fails, and she becomes dangerously entangled in the private life of the United States' most wanted criminal, Ives’ tolerance for Bureau mishaps vanishes. No holds barred, he puts everything on the line to save the woman he loves in the first book in The Killing Game Series, a suspense thriller series by The Black Rose.

The beginning of the killing game series impressed me. I'm not sure what I was expecting but the world and the cast the author has created are brilliant, full of life, and filled with adventure.

I loved the whole dual who is keeping secrets and who is behind whats happening. At the same time there's a decent amount of character building one of which I appreciated the most was Allina because of the kind of person that she was and the way she was.

I respected her and I liked her. Ives was a bit more complicated and a bit more conflicted but was just as good a character that seemed to balance out Allina's strength, her intelligence and independence.

Although I wanted more from it mostly because I want to know what happens next I'm intrigued by what will take place in the next installment. I liked that this book was mostly character driven, I love a cast that I can really get into. 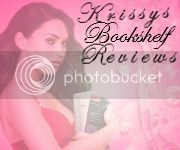 Krissy's Bookshelf Reviews received a digital copy in exchange for an honest review.

All thoughts, comments and ratings are my own.

Krissy's Bookshelf Reviews received a digital copy in exchange for an honest review from: the author

If any of Krissy's Bookshelf Reviews has been helpful please stop by to like my post or leave a comment to let me know what you think. I love hearing from followers!

Thank you so much for stopping by!

A merciless killer on the hunt...an innocent child in his sights...a woman driven to the edge to stop him...

The killer knows Eve Duncan all too well. He knows the pain she feels for her murdered daughter, Bonnie, whose body has never been found. He knows that as one of the nation's top forensic sculptors she'll insist on identifying the nine skeletons unearthed on a bluff near Georgia's Talladega Falls. He knows she won't be able to resist the temptation of believing that one of those skeletons might be her daughter's. But that is only the beginning of the killer's sadistic game. He wants Eve one on one, and he'll use his ace in the hole to make sure she complies. And he won't stop playing until he claims the prize he wants most: Eve's life.

This review is for Troy who thought my idea of doing a review by only using gifs interesting. I may do a proper one later on, but right now, this is how I felt about this book. I will add some text just to make the review a bit more understanding. But, I will try to use text as little as possible. Let's start!

This book was just as the first one good with a compelling story and a really crazy killer.

We also had a bit of a triangle drama between Logan, Eve and Joe. It's actually nice that Iris Johansen didn't drag out it through 20 books. Instead, did she make Eve and the guy in question a couple in this book. And, I could have lived with either choice, to be honest...

How about the story with the killer?

(I thought I had the ending figured out but, the last twist I never suspected)