Log in with Facebook
or
Wrong email address or username
Sign up
Already on BookLikes? Log in!
Incorrect verification code
Please, check your email, the code to access your BookLikes blog was sent to you already.
Enter code:
« Back Send
back to top
Search tags: loved-the-movie 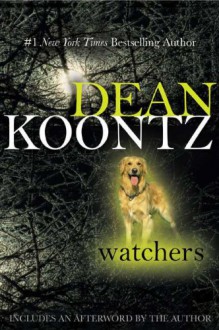 So my first experience with this story is the Corey from the late 80s early 90s. I loved it and when I realized it was based on a novel it was immediately added to my TBR.  I listened to the audiobook version and the narrator brought Fur Face to life. And yes, I realize his name is Einstein, but he was Fur Face in the movie and will always be that for me.  The performance was excellent. I could really picture everything thing happening and I felt the emotion of the situations.

So Fur Face is a genetically engineered golden retriever that escapes the lab he was created in.  He finds his way to Travis who is a lonely man at the end of his rope. He's not quite suicidal, but he's pretty much given up on life.  Fur Face is just what he needs to bring him back to life, especially when the dog reveals his human-like intelligence.  Travis instantly falls in love with Fur Face.  Travis now has a companion to love and care for, and Fur Face gets the same on top of having freedom from the tests and cage he was in at the lab.

Fur Face leads Travis to Nora, a woman who was raised almost entirely by her miserable, horrible aunt.  She never went to school or had friends, her life was completely controlled by her aunt until the woman's death.  While Nora is attempting to learn how to live a life free of her aunt, she is targeted by a creepy man who wants to control and use her until he's had his fill.  Fur Face leads Travis to her and together they rescue her from the horrible man.  The two develop a friendship that eventually develops into love.

Together Travis and Nora discover just how intelligent Fur Face actually is and create a means of communication. They learn about his past and that he was not the only experiment that escaped the lab.  The Outsider is an abomination that has a deep hatred for Fur Face. Somehow they are bonded and can sense other another.  The Outside is searching for Fur Face because he wants to destroy him.  And then there's the  problem of the NSA and a hired hitman on Fur Face's trail.

The trio go on the run getting far enough away to give them time for The Outsider eventually finding them.  They have a final battle where the Outsider nearly kills Fur Face, and Travis kills both the hitman and The Outsider.

This is so ridiculously well written I could literally listen to the audiobook all over again.  I felt the emotions and humanity in Fur Face, but also you felt empathy for the Outsider. He was created to be a monster, a killing machine.  He grew to hate himself for being an ugly monster and his hatred toward Fur Face was really his envy at being the beloved child while The Outsider was clearly feared and even hated.  In the end I felt for the Outsider and wished that he could have been saved.  His death was actually very sad.

I enjoy the heck out of this book. It was excellent from start to finish. I felt completely satisfied with the ending.  I don't know why anyone would need a sequel. Travis and Nora lived happily ever after. And Fur Face lived, got a mate of his own and had children.  What more was needed? 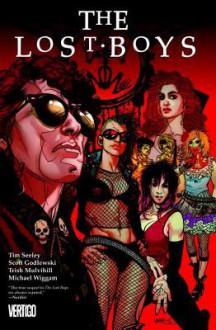 This was a delight!  I love The Lost Boys film and this was a continuation of the story.  So many Emerson family feels and Frog Brother feels.

I never liked Star!  And sexy saxophone dude from the pier is a hippie vampire hunter.  I loved seeing the characters in further vampire hunting shenanigans.  A must-have for fans of the movie! 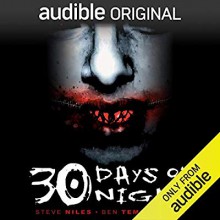 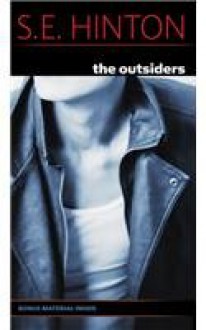 Oh my gosh this books gives all the feels!  I haven't read this book since elementary school and I had forgotten how much I loved it.

The story is haunting in a way.  The social division between the Greasers and the Socs is something so true and real and very prevalent in today's society.  The struggle of being a teen just trying to navigate the world around them was depicted so well.  Being a kid/teen sucks no matter your social/financial situation.  All walks of life come with their own set of problems and it's hard enough dealing with them and having to fight one another over, well nothing really.  Jealousy, hate, boredom?

The characters draw you in and make you develop attachments to them.  I didn't remembered how very much I adored Sodapop until rereading this.  And Dally... I always liked Dally, but reading this as an adult, I can appreciate him more.  I can better understand why he was the way he was.  Why he was so tough and cold, and why he was well and truly lost after Johnny's death.  Ponyboy hit it on the head: Johnny was the only thing Dally loved.

I love everything about this book, the writing, the story, the characters.  The family dynamic between the Curtis brothers--the whole gang, because they're all one big family that looks out for one another as best they can.  It's both beautiful and sad.  I'm only sorry I took so long to reread this. 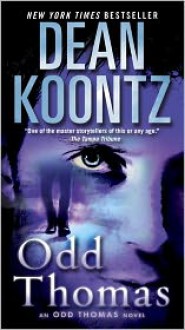 Let me preface my review by saying that I saw the movie a few years ago and enjoyed it very much, so I fully expected to enjoy the book.  And I did.  However, I couldn't stop picturing Anton Yelchin as Odd and it made me very sad.  That being said, the movie was a pretty fair representation of the book.  Minus the parts with Odd's insanely bad parents.  OMG they were terrible, horrible people!

The story is told by the protagonist, Odd Thomas, who can see the dead...and other otherworldly things.  He lives a life of simplicity as a fry cook in a small town and wants nothing more than to settle down with his soul mate, Stormy and maybe get a job selling tires...eventually.  He does his best to help the dead settle whatever business they still have on this plane so that they can finally cross over to the next.

But that all changes the day the Fungus Man comes into the diner where Odd works. This man is  the precursor to the tragedy about to hit Odd's town.  Odd is then in a race to figure out what horrible thing is about to happen in his town, learn what the Fungus Man has to do with it all, and keep as many people safe as possible.

Having enjoyed the movie so much, I kind of expected the book to blow me out of the water.  It did not.  It was good, very good even, but not great.  The story was very sad really.  Learning the way Odd and Stormy grew up, the burden of his "gift", the ending.  I'm a little hesitant to continue with the series, but really, I need to find out what happens to Odd next.

Even though it didn't knock my socks off, I would definitely recommend this book to anyone who's into the supernatural.