Log in with Facebook
or
Wrong email address or username
Sign up
Already on BookLikes? Log in!
Incorrect verification code
Please, check your email, the code to access your BookLikes blog was sent to you already.
Enter code:
« Back Send
back to top
Search tags: malevolent 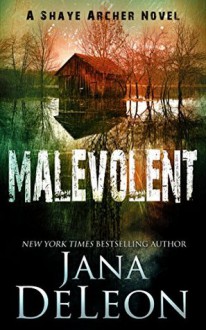 Here I thought DeLeon's specialty was cozy mysteries. Wrong. While I'm enjoying the humorous MISS FORTUNE series, and was laughing out loud as I read the first book in the GHOST IN-LAW series, I'm totally hooked and creeped out (in a good way) by the Shaye Archer series. I started reading DeLeon's cozy mysteries last year and although I'm from Louisiana and should have been familiar with Jana DeLeon, I wasn't. An Aussie author friend half way around the world introduced me to DeLeon's writing. I'm loving Shaye Archer and I've already scored the next book in this stellar three book series, SINISTER. The last book, DIABOLICAL, was published earlier this month but I've yet to get a copy. Now, it's a must.

Shaye Archer is a New Orleans private investigator who just struck out on her own, both personally and professionally. Her first client is a woman who believes she's being stalked by her husband. Whom she killed just last month! Unable to get support or assistance from the NOPD, Emma hires Shaye to find the elusive, mysterious stalker. Shaye recognizes the fear in Emma's eyes and the tremble in her voice. With a dark, unsolved past of her own, Shaye knows what it's like to live in constant fear. That reason alone is why Emma chose Shaye.

"she'd believe me...because of her own extraordinary story."
"I think it's no coincidence that Shaye became a private investigator. She doesn't have answers for herself, and my guess is she doesn't want anyone else to live in the shadow of darkness like she does."

Together, Shaye and Emma will face a vengeful force so evil, it can only be described as MALEVOLENT.

As for the book, two words sum up my thoughts: Loved it!

MALEVOLENT is currently free on Amazon or you can get MALEVOLENT on Jana's website. 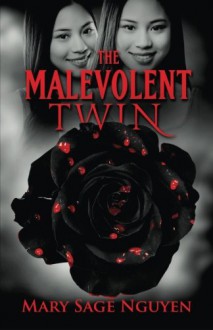 Avery Tran is a normal teenage girl, with a difference: she has kept her imaginary friend from childhood, Venice . But when the two begin to fight, Avery comes to suspect that her imaginary friend is something more deadly. When she engages the services of an exorcist and a psychic, she is forced to realize that her 'evil twin' is a force that is capable of using Avery's body to exact revenge.

Clues to the real origins of Avery's problems are revealed in the prologue to The Malevolent Twin; but the heart of the story lies in how Avery chooses to deal with something so close to her, and with issues of control and tragedy.

As nightmares turn into gruesome reality (it should be mentioned that graphic violence is part of the plot), Avery struggles with a force that increasingly takes over her body and mind and forces her to do terrible things. Can she guide the growing tide of violence into an arena of justice and good? And why does Venice insist that Avery be her friend?

Bad dreams, suppressed memories, seeming proof that Venice is not a demon but something more … as Avery probes deeper, she uncovers some horrifying truths about her past, Venice's world, and the dangers that threaten everything and everyone around her.

While The Malevolent Twin might seem directed to a teen audience, it's the mature reader capable of absorbing a horror story laced with violence who will best appreciate the mystery and danger in a plot surrounding a teen who faces an unusual threat.

As events wind towards a terrible conclusion, the truth about twins good and evil begins to emerge through not just Avery's experiences, but those of other twins. Readers who believe they know where the story is heading will be intrigued and delighted by a changing story line that holds many surprises.

Events leave the door open for a sequel, but offer a satisfying conclusion to the immediate problem using a dramatic twist that mature teen to adult horror readers will find absorbing and surprising. 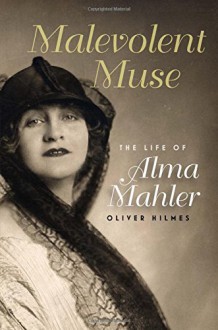 There is no doubt that Alma Mahler indeed led a dramatic life.  Not only was she married to the composer, Gustav Mahler, the architect, Walter Gropius, and the author, Franz Werfel, but she had affairs and flirtations with numerous men, many of some distinction.  Everywhere she turned, she rubbed shoulders with the rich and famous.  The list of those her life intersected with is quite mind boggling.

However, she was a deeply troubled woman who had severe problems in her relationships with not only the many men in her life but also her family and children.  She would fluctuate, sometimes on a daily basis, from loving someone to hating them.  The fascination of this book lies in that dichotomy.   There are many quotes throughout the book in her own words taken directly from her diaries.  And those words could often be so callous as to be truly shocking.  Those who met her were either bewitched by her or repulsed by her.

The author has done a wonderful job of putting this book together and attempting to work out exactly who this colorful personage was.  The research done was meticulous and he’s written a very interesting book.  Not only are you treated to reading about a fascinating life, but you also will have much insight into the lives of Mahler and Werfel and the intellectual scene of that time.  I’m glad I read the hardcover edition of this book rather than a digital version since it’s full of interesting photos that wouldn’t have shown up well on my e-reader.  The book itself is beautifully bound.

While you may not end up having much admiration for parts of Alma Mahler’s life, the fact that she created such a legend in her own lifetime is a masterpiece in itself.

I won a copy of this book on LibraryThings with the understanding that I would give an honest review. 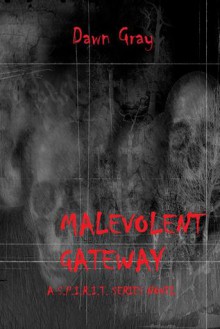 Burke Flats is situated in the picturesque state of Vermont, but the town itself is anything but pretty with terrible secrets lying just below the surface. Will Stiles and his men from S.P.I.R.I.T arrive in town to look into the marshlands where something supernatural has been plaguing the area for hundreds of years and they intend to get to the heart of it.

There are a growing number of deaths around the marshes; the locals Anna and Blake are doing their own investigation and soon they join forces to finally lay the matter to rest.

This book jumps straight into the action and then never lets go. We are first shown what the marsh can do and gives us a hint of what is out there and then we are introduced to Anna, a local woman who can communicate with the dead. The military team S.P.I.R.I.T is a paranormal group of soldiers who turn up to help. It soon develops into more than that for Will and Anna and the scenes do get a little raunchy and did catch me be surprise, up until then I assumed it was young adult. I also really liked the inclusion of Zander from the previous book. Just one call home told us where he was in his life and what had happened to Sam, it was a nice touch.

Dawn Gray knows how to build up the tension, draws the reader in completely when it comes to wanting or rather needing to know what lurks under the marsh. She slowly paints a very disturbing picture of what the founding fathers did to increase the wealth of the town. It is written at a great pace and has a nice flow that is well worth the read.