Log in with Facebook
or
Wrong email address or username
Sign up
Already on BookLikes? Log in!
Incorrect verification code
Please, check your email, the code to access your BookLikes blog was sent to you already.
Enter code:
« Back Send
back to top
Search tags: march-2017 So far, this is three in the novella category for the Hugos.   Need to finish Provenance and the second in Lee's series for novels, although I want to read the first book in Lee's series - which I have signed - before I read the second, because things went down in book one, that much is clear. Harry Dresden, Chicago's only practicing professional wizard, should be happy that business is pretty good for a change. But now he's getting more than he bargained for:
A duel with the Red Court of Vampires' champion, who must kill Harry to end the war between vampires and wizards...  Professional hit men using Harry for target practice...  The missing Shroud of Turin...  A handless and headless corpse the Chicago police need identified...  Not to mention the return of Harry's ex-girlfriend Susan, who's still struggling with her semi-vampiric nature. And who seems to have a new man in her life.

Some days, it just doesn't pay to get out of bed. No matter how much you're charging.

In my opinion, the best book so far in the Harry Dresden series. It feels to me like Butcher has found his stride and as a result that Harry has found his centre. He’s thinking about the Whys of what he does, not just about what to do next.

Although the vampires get things rolling in this book, the Harry-Red Court conflict gets pushed to the side as he deals with bigger issues. This is what I was wanting when I read The Last Coin. Awesome use of Judas’ thirty pieces of silver!

One of the things I appreciate most about this series? There are fabulous women characters. I mean, Susan started out strong, went limp for a while, but returns in this book with power. Too bad that she can’t stay—she would provide a good balance to Harry. Then there’s Michael Carpenter’s wife, Charity, who runs an enormous household, rides herd on a passel of children, and still manages to make armour! Not to mention Karrin Murphy, Harry’s police department contact. She doesn’t get much screen time in this volume, but she’s still effective when called upon.

I also enjoyed getting some back story on John Marcone, the godfather of Chicago.

Okay, I think I am ready to board the Dresden bandwagon. Make room! Curiosity is definitely going to get me dead one of these days. Probably real soon.

You might know me as the Spider, the most feared assassin in the South. I’m retired now, but trouble still has a way of finding me. Like the other day when two punks tried to rob my popular barbecue joint, the Pork Pit. Then there was the barrage of gunfire on the restaurant. Only, for once, those kill shots weren’t aimed at me. They were meant for Violet Fox. Ever since I agreed to help Violet and her grandfather protect their property from an evil coalmining tycoon, I’m beginning to wonder if I’m really retired. So is Detective Donovan Caine. The only honest cop in Ashland is having a real hard time reconciling his attraction to me with his Boy Scout mentality. And I can barely keep my hands off his sexy body. What can I say? I’m a Stone elemental with a little Ice magic thrown in, but my heart isn’t made of solid rock. Luckily, Gin Blanco always gets her man . . . dead or alive.

This isn’t happy-clappy urban fantasy.  Gin Blanco isn’t necessarily someone I’d want to drink blackberry ice tea with, but she makes for an interesting main character.  She’s a supposedly retired assassin, romantically fixated on an upstanding cop.  Staying retired isn’t easy, especially when Gin runs a restaurant on the wrong side of the tracks.

There’s good action in this series, although I wish Gin didn’t get so physically beat-up all the time.  Yes, her friend Jo-Jo can (and does) fix her up afterwards, but why even go through all that pain?  In some ways, Gin has female friends, like Jo-Jo and Sophia, the sisters that help her out regularly, but they aren’t really BFFs—she doesn’t know many intimate details of their lives and she keeps them in the dark about the nitty-gritty of her life too.  That role seems to be occupied by her foster-brother, Finn.

I’m hoping for a change in focus in book 3 from upstanding cop to a new guy who’s been introduced who seems much more suitable for Gin.  I’ve read the teaser at the end of this volume, which seems to indicate a whole lot more beating for Gin to endure, but I also have hope that the new guy’s sister might end up being a true friend to Gin.

Definitely going on to book 3! A HOUSE OF "HEALTHY" REPUTE...Welcome to Lady Sally's, the House that "is" a home -- the internationally (hell, interplanetarily) notorious bordello. At Lady Sally's House, the customer doesn't necessarily come first: even the staff are genuinely enjoying themselves.

I just don’t know what to think about Spider Robinson’s books. But I keep persistently reading them as part of my science fiction & fantasy reading project. I say persistently, because they aren’t widely available and I find that I have to request them by interlibrary loan, a process which requires patience.

On the one hand, Robinson is an engaging writer. He writes characters who are interesting and situations that are worth exploring (despite all the god-awful puns).

I guess what I’m saying is that Maureen, the main character, pretty much felt like a man transplanted into a woman’s body. I couldn’t relate to her motivations at all, despite the fact that I think I’m fairly open minded about sexuality.

Mr. Robinson, I’m not sure if it’s you or if it’s me, but I find your books difficult to enjoy. 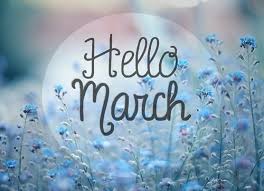 So I definitely had some really good hits this month with a few duds. I read 52 books this month. Out of those 52, I DNF 2 books as well.