Log in with Facebook
or
Wrong email address or username
Sign up
Already on BookLikes? Log in!
Incorrect verification code
Please, check your email, the code to access your BookLikes blog was sent to you already.
Enter code:
« Back Send
back to top
Search tags: mark-z.-danielewski 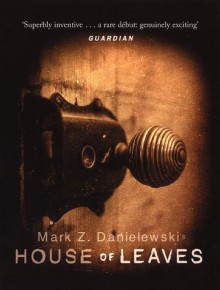 House of Leaves by Mark Danielewski is a creature of a book, impossible to categorize and describe by conventional means.  The plot is deceptively simple- a young man discovers among a dead man’s possessions the remnants of notes for a book he was writing. The book this older man was working on is an in-depth study of a film called the Navidson Record.  The short film is a “documentary” about the Navidson family who moved into a house that contained a perpetually morphing and sinister labyrinth hidden behind its walls. The film has attracted a cult following due to its sheer artistic value and the captivating mystery about the fate of those the house has seemed to erase from existence. The point of view in Danielewski’s novel switches between the young man, Johnny Trout, who becomes obsessed with transcribing the papers he has found; the text of the deceased’s collected scribblings, and a huge collection of footnotes and editorial comments. Johnny Trout becomes ensnared by the book, and he loses his grip on reality as his transcription releases his inner demons. Simply put, Danielewski has created a tome that is truly meta- a maze of interconnected narrative with its own shifts, diversions and bewildering turns that often lead to the frustrating dead ends that plague any who enter. Even the formatting of the book is not straightforward, with its varying typeface, colors, text orientation and spacing.  House of Leaves is not an easy book to travel through, but it is certainly immersive and haunting for those who are willing to devote the time to digging through its depths.

I'm not quite sure what I just read.

On one hand, this is a haunted house mystery. On the other hand, it is a family drama. On a third hand (or on a foot), it is a story by two men(?) who may be losing it.

But parts of it are quite scary.

Do not read in ebook format.

It takes a bit to get into. But once you let yourself get into the book, it does take you away.

But what I enjoyed best about wasn't the horror or the plot. It was the mocking of literary and film criticism. That is really the most brilliant part of the book, especially the interview section. Parts of the book scare you half to death, and then you burst into laughter.

This sort of reminds of what my writing journal looks like. I start a story, then another, then continue, then add a box to add something witty I thought of.

At first glance this looks like a jumbled mess written by someone off their meds, but it's good. It takes a lot of concentration. Though, no matter how focused you were when you read it, I am sure you will find something new if you ever picked it back up for round two. Very consuming, a heavy read. Yes, it's still really good. It's getting better, even, but there's still some indulgent content and formatting that kept me from fully immersing myself in the novel. Danielewski is keeping his mammoth story tightly reined in, and we're getting more and more references back to previous installments complete with volume and page numbers.

'Hades' finds Xanther back at school with a viral clip hanging over her head. She's still unable to find a satisfying name for the little one and a solution to the pain she feels when they're apart. Despite this, and more normal terrors, Xanther is finding strength in herself and her friends to face these problems. Astair and Anwar make a crucial decision and Xanther's sisters begin to be effected by the powers at work with Xanther.

Shnork finally gives us something to go on, while Jingjing and Tian Li arrive in LA and put all of our characters in the same hemisphere. Unexpected developments occur with Luther and Ozgur, Cas and Bobby's flight takes on broader implications as they encounter unexpected allies, and Isandoro....can't simplify it much. His perspective seems to give way entirely to the Mayor and Teyo.

We swing from cliffhanger to cliffhanger, character's continue to unwittingly cross paths and yet somehow were' all set up for a big conclusion next volume when the first season comes to an end. 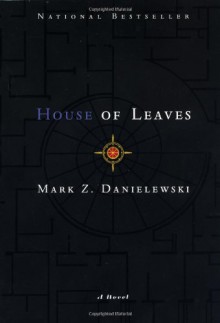 I just finished this book moments ago, and it may be one I have to separate myself from for a while before I can articulate any of my thoughts and feelings about it.