Log in with Facebook
or
Wrong email address or username
Sign up
Already on BookLikes? Log in!
Incorrect verification code
Please, check your email, the code to access your BookLikes blog was sent to you already.
Enter code:
« Back Send
back to top
Search tags: matt-lewis 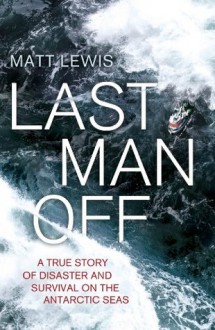 Matt Lewis was one of 38 crew members aboard the South African fishing boat, the Sudur Havid. Lewis was on the fishing expedition as a scientific observer/marine biologist. The Sudur Havid's crew was fishing in the icy waters of the Southern Ocean when a major storm caused massive swells. Continuing to fish through the storm seemed foolish to Lewis. Lewis and several crew members were in the fish factory when the ship began taking on large amounts of water due to the massive waves swamping the starboard side. The pumps were not working and became clogged with debris. Alerting the captain and engineers, Lewis expected a quick response and imagined an emergency plan would be carried out by those in charge. But help was not to come from anyone. Lewis still believed the vessel could be saved. He could not have envisioned the horrific moments ahead for the Sudur Havid. She was going to sink. It was inevitable. Thinking quickly,  Lewis takes charge and tries to restore calm amongst the crew but they are all hopelessly unprepared for the disaster. In the end, only three life boats will be deployed.  Lewis watches, horrified, as two experienced engineers commandeer one of the lifeboats. They are the only two men inside the fourteen man lifeboat. Why would they do such a thing?  Perhaps they are taking the boat out to rescue those already in the water, Lewis thinks. Another raft contains fourteen more men. Matt Lewis helps all of his fellow mates as best he can, risking his life to ensure every soul is off of the sinking, doomed Sudur Havid. Lewis boards the final lifeboat but it has sustained damage from being knocked against the hull of the ship by the waves. The boat takes on water and the men are forced to sit in -1° water temperatures, waist deep, while trying to remain conscious. And then they wait for help to arrive. No flares, no radio, no beacons.  Time is quickly running out. It is impossible for a human to survive such frigid conditions. At this point, one can only hope for a miracle.

This was a harrowing,  heartbreaking account of the traumatic events that befell the crew of the Sudur Havid in June of 1998. WHY did the captain, officers, and engineers ignore the plea for help? Why were proper emergency drills not practiced?  Why did those in charge behave as they did? Horrendous mistakes are made and most were completely avoidable. Necessary precautions were not taken to ensure the safety of those aboard. Absolutely tragic and sad.  Matt Lewis was a true hero. I couldn't put this book down. Wish it would've turned out differently.  Utterly senseless.

Thanks to Penguin's First to Read program for allowing me to read this early galley copy. 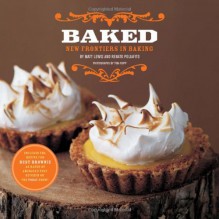 I would place this as more on the professional/ pricy side of cookbooks, with very specific equipment and ingredients and while they are fine and delicious ingredients, they are much more costly and harder to track down, so just be aware of that.
Like Reblog Comment 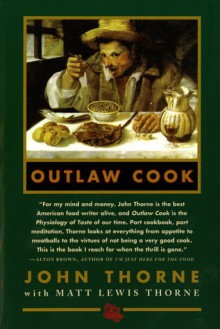 John Thorne is my favorite food writer -- heck, he's in my top three writers regardless of genre! He has a very alluring writing style that really speaks to me. Unlike so many contemporary food writers, his writing lacks any trace of pretension. Thorne approaches the task at hand with a contagious enthusiasm that leaps from the page. One is sorely tempted to put the book down and give it a go in nearly every chapter.

Always tracing a subject back to its origins as far as he can, he strives to keep things simple and honest, aligned with their original design (like his incredible Beef and Carrots recipe). He reaches back in time to the primal intentions of a recipe and draws inspiration from the echos of the originators. For Thorne this is a labor of love. He shrugs off modern conventions and trends, preferring to converse one-on-one with the food, the recipe, and the technique.

If you are at all interested in food writing you really owe it to yourself to seek out this classic. Unlike his later volumes (Pot on the Fire, Serious Pig, and Mouth Wide Open) this one out of print and rather hard to find. I found mine at an affordable price on ABE after many patient months of waiting. 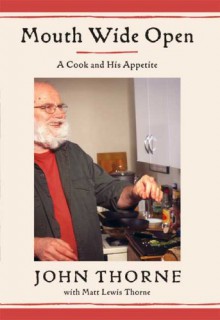 This book made me cranky more often than not. The authorial voice is one I found annoying due in no small part to the use of 'myself' when 'me' would have done. The recipes were interesting, to be sure. However, I found them presented in a supercilious and smarmy fashion. Thorne rabbits on about how he never follows a recipe in a book, then condescends to share his tweaked and polished recipes with you. Surely you, dear reader, will not need to take any liberties! He hastens to assure you that if you do, he won't mind a bit, and he probably wouldn't. But still, he rubbed me the wrong way. I remember liking his earlier _Serious Pig_ but after this book, I won't go back to check. Just in case.
More posts
Your Dashboard view:
All Reviews Text Photo Quote Video URL Activities
Liked posts Top Tags
Press About Terms of Services Privacy Policy Contact Us Blog FAQ Patronaty medialne BookLikes for Authors Partners panel more...
Team Themes Docs API Blogs
Copyright © 2021 BookLikes