Log in with Facebook
or
Wrong email address or username
Sign up
Already on BookLikes? Log in!
Incorrect verification code
Please, check your email, the code to access your BookLikes blog was sent to you already.
Enter code:
« Back Send
back to top
Search tags: meredith-katz

This story is aptly named Behind Bars and its title and implication of imprisonment only to start the story from the bartender’s perspective. The bartender being the main character Pel who is raising his sole child, Bruant, in a strict Inquisition approved establishment. The style of writing is intriguing and the author’s use of words and turn of phrases entertains whilst at the same time drawing the reader into the thickening plot.

Pel was a guard protecting humans from the supernatural in a village that is not supernatural-friendly. Pel fell in love with an innkeeper’s daughter, married her, had son Bruant, and inherited inn and lost unprejudiced wife Phalene to a vicious demon. Pel, having worked as a city guard protecting against demons, becomes an Inquisition informant reporting anyone whom he thinks are acting suspiciously. He and his son are not seeing eye-to-eye on the Inquisition and attitude towards supernaturals. Imagine all suspects being treated to a Salem witch hunt on someone accusations. If you sink, you’re innocent… that’s okay, right? Regardless once accused you’re dead!

Enters into Pel’s bar/inn, traveler Tari in search of a room during her travels. Thinking this was an M/M book, I kept waiting to meet the protagonist’s love match. Again, I felt the author is quite talented in and made twists in the plot in just the right amount of time to keep the reader from feeling like the storyline was boring or not well-paced. In the meantime, Pel is observing his surroundings as usual on the scope of information or actions out of the ordinary. He is concerned about his relationship with his son, but brushes most anomalies off as growing child pains.

Pel observes Tari’s ability to get along with people and her and his son’s instances of conversation. In hopes of improving his and his son’s relationship, he starts talking with Tari more. At some point, they become attracted to each other!? During a heavy make out session, he finds out she is an intercubus – neither male nor female, but most comfortable in between. Pel, still trying to work over the death of his wife, his blind discrimination against all supernatural due to the nature of his wife’s death, his unwilling guilt over having reported so many suspecting individuals to the Inquisition, and now in bed with a he demon, overwhelmingly tells Tari if she leaves his inn and his family immediately, he will not report her to the Inquisition.

At this sad point, one wonders what else remains in this strict Inquisition village that will give our story the necessary impetus to move on to the happy ending we all look forward to. Well, well, what do you know – Bruant is witch, has found love with his newly bonded familiar Kip, and oh, has been captured by the Inquisition. This proved to be the necessary impetus to change Pel’s outlook. Pel works hard to get over his ingrained habit of hating supernaturals. He finds and begs Tari, the only other supernatural he knows, to help him with his plot to rescue his son.

The two journey to save Braunt and in the process may just find freedom and to learn to love each other openly despite their issues.

Behind Bars is certainly not all m/m or highly sexual novel, I almost hesitate to call it a romance novel. If you like twisty supernatural stories, with characters full of emotional angst and flirt with hermaphrodite as a sort of gender ambiguity, this story is for you.

An free copy was provided to me from Reading Alley in exchange for an honest and unbias review.
Like Reblog

Rejoice! Unlike book 1 in this series, which I also got an early copy of through Netgalley, this one has chapter headings! Wooo!

Now, it's going to sound weird but I gave book 1 just 3 stars for having an indefinable problem that left me feeling like the world hadn't been fully explored. Now, I know what it is. This book should have come first. The whole way through this one, I was looking for a connection to Book 1, since it's part 2 in the series and I couldn't find anything. There was a very brief mention of Potfeld a few times, but nothing that indicated an awareness of it or the characters from book 1. In fact, the ending to this mentions going to Potfeld, which would have been a really great interlude to book 1 actually following this. So this book solved that mystery for me, at least.

However, it's also the reason I took off half a star. Because, this didn't read like book 2 in a series, but a book that was just the start of a series. It really would have saved me the trouble of waiting for the penny to drop or waiting for some kind of explanation of why it didn't connect if this one came first. So, though both books are in the same “universe”, there is no correlation between them when read in order, mounting to why I took off that half start.

The other half star was taken off for the fact that this is advertised as genderqueer, but actually has the genderqueer character – Tari – represented as a woman for 95% of the story, with female pronouns for 50%, then “they” for the rest of the story, and the only “male” aspect is that Tari happens to have a d*ck. There's never anything masculine or gender-neutral or genderqueer about Tari. I was also a little disappointed that our genderqueer character, Tari, is referred to as “them” or “them” so much. I'm confused as to why the author didn't use any of the acceptable genderqueer pronouns instead, which would have made it feel more authentically genderqueer rather than a little dismissive. The way “them” and “their” was used often made it sound like there were two people inside of Tari both being referred to at the same time, not a genderqueer individual. So, for this lack of consistency in writing a faithfully genderqueer character, who came across as more like a hermaphrodite, I had to take a half star off.

Overall, the story was good. Out of place within the series and lacking that genderqueer authenticity, but it had a good foundation, nice characters that were relatable and interesting to follow, as well as offering a sort of 'prequel' aspect to the first book by introducing us to the other side of the argument. In book 1 we had a human infatuated with demons; book 2 offers the counter-part with a character who hates demons.

Good but not astounding. A nice light read to take up a few hours of the day.
Like Reblog Comment
show activity (+) 3.5 Hearts--Renart is nineteen, human and fascinated with demons.

In the high fantasy world created by Meredith Katz in The Cobbler's Soleless Son, Renart is focused on one thing no matter how aimless he seems to his cobbler mother. Human/ demon relations are frowned upon in their world. Humans are treated more like cattle and slaves in most of their world and Renart's little family has it sweet. Humans are allowed to live in peace (mostly). Demons like using humans as playthings sexually, especially cubants (like incubus and succubus). They are gender-fluid shapeshifters that feed off their sexual partners life force during sex.

Renart has bigger dreams than being a future cobbler, though he has talent. He's been a demon's plaything and he wants to maintain that lifestyle once he makes the eyes with demon prince of his town, prince Hrahez. Thus begins a different kind of tale with magic curses and painful tests for the human to complete. 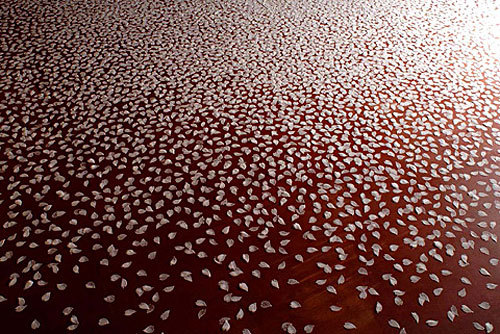 The story's unwinding fairy tale-esque format worked, in a sense, for the information the author introduced about demon vs. human society, It was interesting especially cubants. But the execution worked against The Cobbler's Soleless Son for me. Renart is fascinated with the Prince, makes crazy bargains on an off chance he'll be picked up to be a plaything.

Granted, the last 10% answers a majority of the questions I had. But I have to rate the story on a whole. The first half read more like it was trying to make a statement then tell a story. By the time, the story got into a decent enough groove, it was too late for any character investment. I could care less for either main character. 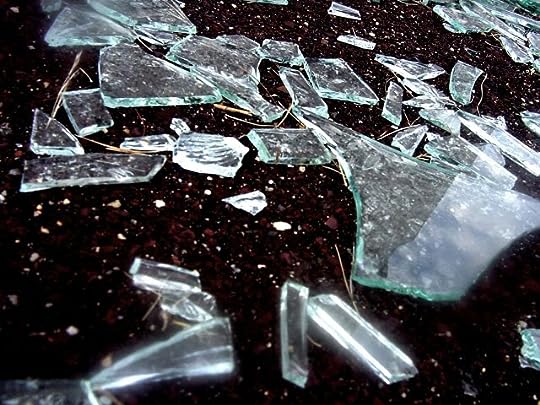 And the final "test" was unnecessary for me but I guess it adds more interest and shock value. Meh.

Too little too late. I think I'd had liked to read more relationship development aka a clever cat and mouse kind of courting instead. Reflecting on the entire thing, there's moments of cleverness but too little too late for me.

Book's strongest point? The demons, the sex and the openness on gender. *coughs*foot sex*coughs*
I don't think it needs to be a warning but I know there are readers who'd like to know there is a MF on page sex scene. It was HOT! (As was the MM scenes) If this was just PWP, I'd have rated it higher.

Overall, not bad. I think the length was a good fit, I just wished for more. I don't think the author's writing style is a fit for me, but I think readers who enjoy interesting, quirkier high fantasy reads that gives a little eroticism and fairy tale might enjoy.

A copy provided by Netgalley for an honest review.

It's not bad -- but at the same time, I also felt like I didn't understand Hrahez enough. This relationship seemed based on lust only because there wasn't enough interaction between the two except for sex. The twist in the end was nice though.


So, when I first read the blurb for this, I was super excited. Demons out in the open, making deals with humans, all to get close to the Demon Prince. It sounded fantastic.

In the end, there was something missing for me. The premise was great, the main character Renart and even Prince Hrahez were good characters, and the execution was fine. But, there was something I can't pinpoint missing from the story. Maybe it was because everything went so smoothly, from the minute they met. Maybe it was because the big plot twist at the end was predictable. It's hard to say. I also wasn't overly keen on the explicit MF sex slipped in there, either.

What I can say is that there's this lingering sense of disappointment, even though I enjoyed it, which is very confusing. I liked the journey, the Demon aspect and the deal that was made, but I think maybe if it had been a full novel – with proper exploration of the world, with some struggles, with some tension or angst somewhere – it might have been more exciting. Because, in the end, that's what I think was missing. That sense of unexpected thrill, the excitement of things happening that I didn't expect to happen. Even just for Renart to have to fight a little harder to get what he wanted.