Log in with Facebook
or
Wrong email address or username
Sign up
Already on BookLikes? Log in!
Incorrect verification code
Please, check your email, the code to access your BookLikes blog was sent to you already.
Enter code:
« Back Send
back to top
Search tags: middle-grade-book 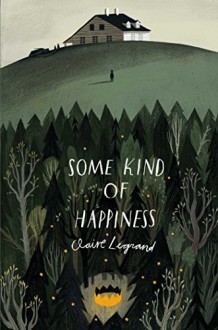 One of the rare times I read a middle-grade book is when I read an interesting blurb - one that involves a good story that has fantasy element that I like and two, the appeal of its plot that is not common in most books of the subject matter it tackles. Some Kind of Happiness is a book above that talks about what it means to move forward through the power of story that even in the darkest part of reality in a child's life, magic and truth saves it all.

Finley Hart is on her way to stay with her grandparents and this is her first time meeting them. Her father hardly spoke much about them... and nobody spoke much about her father at all. Staying in Hart estate means being respectful, proper and nice while staying there. But for Finley, across the estate, there is a forest that she calls it Everwood - a place where stories are weaved and Finley is Queen. But in these woods lies a secret so big and dark, it could destroy every thing in what the Harts believe in...

Claire Legrand has written a story that is bold and incredible and yet, touching a sensitive subject that targets middle-grade readers with a serious fiction not only that is heavy, but executed lightly and easy to understand. The flow of the story is amazingly powerful to read and yet endearing and good. When it comes to broken hearts, depression and anxiety, Legrand delivers so well, I can't believe this is a book for middle-grade readers. As it is, I really enjoy my read as not only its part fantasy and mystery, its also about family and drama of its whole. The way its written, splits up to two versions of what is narrative in the escape made-up world and real world events is beautifully craft. Its easier to understand how we see Finley thinks and although the way it end is pretty much impossible to accept, overall its a good read. Books like these are hard to find now and should be read by all. 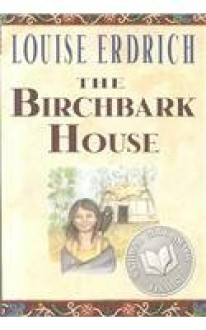 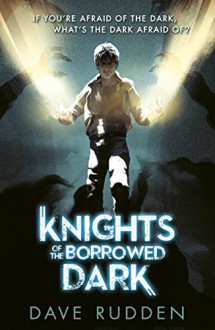 What I hold is the first of the trilogy of Knights of the Borrowed Dark, a fantasy middle-grade book about knights and the court of order holding the balance of the universe. What I never expect was the fantasy I had longed for for a long time since the good old days of the 1980s I loved so much (like Ron Howard's Willow and 1981's Clash of the Titans). Those were the days where fantasy really meant some thing of good versus evil. Knights of the Borrowed Dark has that fire that burns deep into the hearts of any reader who long for such fantasy books... and to my surprise, it does not even read like a middle-grade book at all.

Plot summary: Denizen Hardwick lived almost his whole life in an orphanage at Crosscaper. When a man named Grey appeared to pick him up as the sun sets, Denizen did not know that he was part of a lineage of Knights of the Borrowed Dark that secretly protects mankind from unknown creatures of the dark after he and Grey encounter one. As it comes, there were much bigger plotted evil that is arising as the Knights will have to faced old foes that will once and for all, bring destruction to mankind. But Denizen's first problem would be the turn of his 13th birthday that will, without a choice, putting his life on the line of death and misery.

Just reading this small summary of mine or even from what was provided on the blurb doesn't sound that awesome but after a few chapters, I am beginning to think how far this book can truly go. It has so much potential to be made into a movie. Heck, it is so much more than that as it is well written with poetic sentences and words that is truly rich of learning. Words like:

The whole scene had the glassy, unmoving perfection of a postcard.

Simon whispered as they picked their way through a graveyard of candles, the carpet of sea of crushed tallow, the air darkened by a thousand snake tongues of smoke.

I am floored by how well describe each chapter has that not only it is meant to, but it has been a long time since anyone wrote any of that way much better than any middle-grade book I have read. The fantasy element is quite original, but it has been seen before. The execution of the story is pretty much a fantasy adventure kind, that is both exciting and thrilling for me and although one part of the plot is predictable, I felt its forgivable because the delivery is just as exciting as I enjoy it the second 1/2 of the book. Yes, the first 1/2 of the book can be a little draggy as introductions of the characters are well weaved but the excitement begins later. Well, rounded as the characters are memorable and although this is a trilogy, Knights of the Borrowed Dark was only recently released earlier this year and so, some parts of the book have questions to readers that I hope, will be fulfilled in the later sequels.

I have long for a good fantasy novel for quite some time, but a modern fantasy novel that has the standards of what most other would appeal to fans of Rick Riordan and Derek Landy, anyone that hasn't read Percy Jackson would be happy to read this book if they give this a shot. I am glad that I did, satisfied with it and can't wait for the sequel to be released next year. 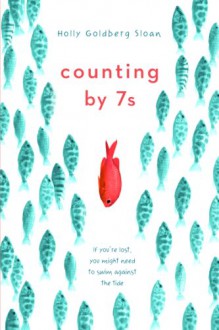 There is so much to talk about Counting by 7s that for a middle-grade book, there is philosophy that can't be ignored. This is a story of a gifted girl named Willow Chance that has a significant character of 7s and has a way about herself that nobody understood her. Adopted by foster parents - tragedy strikes and she was left alone in a world that devastated her to a world of uncertainty and not knowing what to do. Along the way, she met flawed characters - her guidance counselor Dell Duke, a teenager girl name Mai, her brother Quang-Ha and mother Pattie and a Mexican taxi driver name Jairo. The loss of her foster parents changed her but the people she meet along the way make her a better person. It's a story that is witty, quirky and funny. There is drama, adventure and a little bit of suspense. Its the slice of life about... well, life and how we deal with personal loss and foster care. About the unknown certainty and the fear of moving forward...

I truly enjoy the details and the specific grooming of each character that is significant on its own. The development is so individualistic, Holly Goldberg Sloan did a good job in creating unique flawed characters of acceptance and the important lessons of accepting people. Even a cat named Cheddar that only appear 10% of the book memorable. What I enjoy is how it brings out certain emotions when I read. Its not easy to laugh just by reading and I did mention before in previous reviews of books I read, its not easy to make me laugh and it did. There is so much that I do agree in what was said there. The book is almost perfect but there were a few chapters I felt it does drag a little, otherwise it would have been a good rating of five star. What was, to me, a let down was the closure that does not seem realistic. It does falter a little in the ending but overall, its the kind of story that I like about and its pretty well-done in the character department.

I am surprise middle-grade books these days are so well-written and its meant for those age group. For me, as an adult I find the appeal can also be read to older readers because its relaxing and fun to read. The chapters are well divided and given attention to and for me, I like how its done. Books like this should not be ignored, its meant to be read in any age. 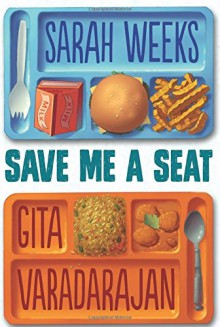 Writing can change the world

There is so much we can learn from this middle grade book. Save Me a Seat is written in view of two protagonist of two different cultures - Ravi and Joe. Ravi is from India migrated to America when his family moved over here to start fresh in the land of opportunity. Joe is a boy with a condition that wants to be left alone. Both of them have one thing in common - they were bullied by a student in their class. What happens in the end... well, you have to read this book.

Both views are read from an Asian perspective and western perspective itself. What I love about this book is that is so much any children can learn the morale values in it. There are so many nice quotes included as well that we can learn from, which I won't reveal here as it will spoil the story. As the story unfolds in five days, I love the simplicity and the beauty of the plot. Its so simple and yet an endearing read.

Gita Varadarajan and Sarah Weeks done so well with this book, this should be read in all school libraries. If you have kids around middle grade age, please let them read this book. Its suitable and it teaches children the importance of learning and guidance and surviving in school. But what is more important, its how it is delivered. As a teacher myself, I would recommend this to students to read.