Log in with Facebook
or
Wrong email address or username
Sign up
Already on BookLikes? Log in!
Incorrect verification code
Please, check your email, the code to access your BookLikes blog was sent to you already.
Enter code:
« Back Send
back to top
Search tags: myster 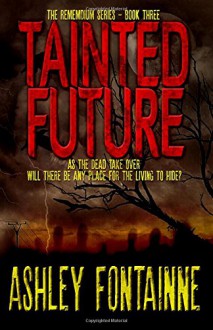 Tainted Future by Ashley Fontainne is an apocalyptic/dystopian novel where zombies run AMOK and aren’t the only bodies that will be falling. The series does need to be read in order.

Tainted Future by Ashley Fontainne is the third book in the Rememdium series and I do recommend reading them in order. That being said, how do I write this review without giving any of the good stuff away?

Ashley Fontainne included a cast of characters in the beginning of the book and it picks up where Book II, Tainted Reality left off.

Tainted Future starts out with three bloody, gory deaths and a flaming missile that obliterates the town. They are on the run. Where do they go?

And it only gets worse. A bullet to the head. Brains splatter.

My emotions ran hot. I was filled with fear, smiles and hope, watching the characters face their personal demons and rise above them was inspiring. I only wish I would do the same in a dire situation.

People will be exposed for who they really are. Some will change for the good, others… Some characters are filled with great courage and sacrifice, at least those that are not out to rule the world. I hate that Ashley Fontainne has the need to kill so many of them off, but hey, I’m not surprised at all. Be careful of who becomes your favorite, because they might not make it.

One of the greatest scenes was in the Humvee, racing over the terrain and anything else that gets in the way. Bodies were thrown side to side, as they bounced their way into the next hair raising end of the world scenario.

We don’t end up with a cliffhanger, but we do need to read Book IV, Tainted World to find out what happens next. Will it be the final chapter? I am already bummed at some of the characters that had to bite the dust and I am afraid to find out who will be next…but, I have the book on my Kindle and will begin reading…NOW. 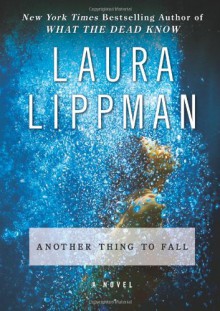 This wasn’t very good. If feels like the series has lots it’s heart a bit. Tess  goes behind the scenes to protect an actress who may have a stalker.  But of course there’s more going on than what she initially knows. All the characters felt very flat. And honestly I am over the Crow and the whole I’m gonna take in this poor black child and teach them how to live trope. 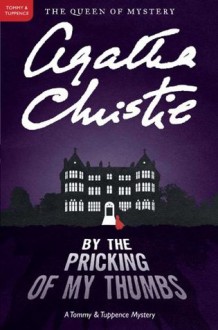 ‘Look here, Tuppence—I know I’ve been rather preoccupied—It’s all this I.U.A.S.—It’s only once a year, thank goodness.’

‘It starts on Monday, doesn’t it? For five days—’

‘And you all go down to a Hush Hush, top secret house in the country somewhere, and make speeches and read Papers and vet young men for Super Secret assignments in Europe and beyond. I’ve forgotten what I.U.A.S. stands for. All these initials they have nowadays—’

‘What a mouthful! Quite ridiculous. And I expect the whole place is bugged, and everybody knows everybody else’s most secret conversations.’

‘And I suppose you enjoy it?’

Gotta love Tuppence for seeing through this at once. 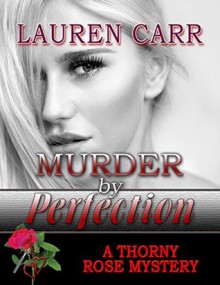 Lauren Carr is one of my go to authors when I want a mystery that’s just right. Not too cozy and not too dark, but filled with suspense, humor and a critter or two or three…

I love being back with familiar friends and the pets who love them. Lauren Carr;s characters, both human and canine, are rich in personality and she gets right to the action. the hook is set early and I love that, even though I know when I open the cover I am in for hours of entertainment, laughter, danger and worry.

Right off the bat I greet Newman. He’s a Basset mix and a couch potato, who pouts when he doesn’t like what’s on TV and doesn’t have the remote to change it. Sometimes it’s the stock report and sometimes it could be a movie, like Jurassic Park or zombies. He has good taste.

“You have a couch potato who pranks people by playing possum and another who’s a compulsive liar..”

A great description for the critters in this household. Gotta love ’em!

Jessica and Murphy are still in the honeymoon phase of their marriage, but, like a lot of us, they are busy with the necessities of life and don’t have enough time to spend together. Adds that bit of realism that makes the story read like true crime.

Technology plays a big part in this series and I would love to have a butler like Nigel and all the toys that are available to them.

We have secrets, murders, Phantoms, and more…

In fact, we have multiple murders and a long list of suspects. But don’t worry, we still have plenty of time for some laughter and lovin’.

Thanks Lauren, for another chance to get lost in a twist and turn mystery that leads me down one path, only to find I took a wrong turn somewhere. Keep ’em coming.

I voluntarily reviewed a free copy of Murder by Perfection by Lauren Carr. 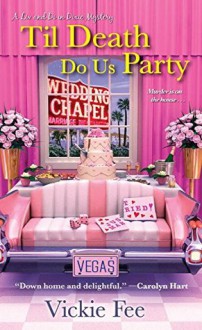 Hilarious! From the warm characters to the fun plots, this series always brings an enjoyable read. This one has the gang in Las Vegas for Mama's Elvis themed wedding as she prepares to wed her hunka hunka burnin' love, Earl but everyone is All Shook Up when the Elvis impersonator minister drops dead in the middle of the ceremony. The puzzling plot and many laugh out loud moments (like the Bachelorette party!) made this a very entertaining read. And poor Hard Headed Di, I really felt for her wanting to believe the best in that Hound Dog, but I couldn't understand why Liv kind of left her hanging, there were several times in the book where she just let things drop with Di. Don't be cruel, Liv! I'm not sure how Liv came up with the motive, which was kind of out in left field, but it made for a great surprise twist ending and the sweet wedding and welcome home party were heartwarming and left me with a smile on my face. (and I'm out of Elvis song titles to add!)