Log in with Facebook
or
Wrong email address or username
Sign up
Already on BookLikes? Log in!
Incorrect verification code
Please, check your email, the code to access your BookLikes blog was sent to you already.
Enter code:
« Back Send
back to top
Search tags: mystery

I am pleased to reveal the book cover for my Australian thriller, Spiral. The novel will be released by World Castle Publishing somewhere next year.

To learn more about this book, please visit: The UPS guy came today and I wasn't even expecting him.  It looks like I won a giveaway on goodreads!  It is a signed copy and I can't wait to read it.  The only problem is it is the 7th in the series and I'll need to read the first 6.  That shouldn't take long once I get my hands on them.  I never win anything so this is exciting! 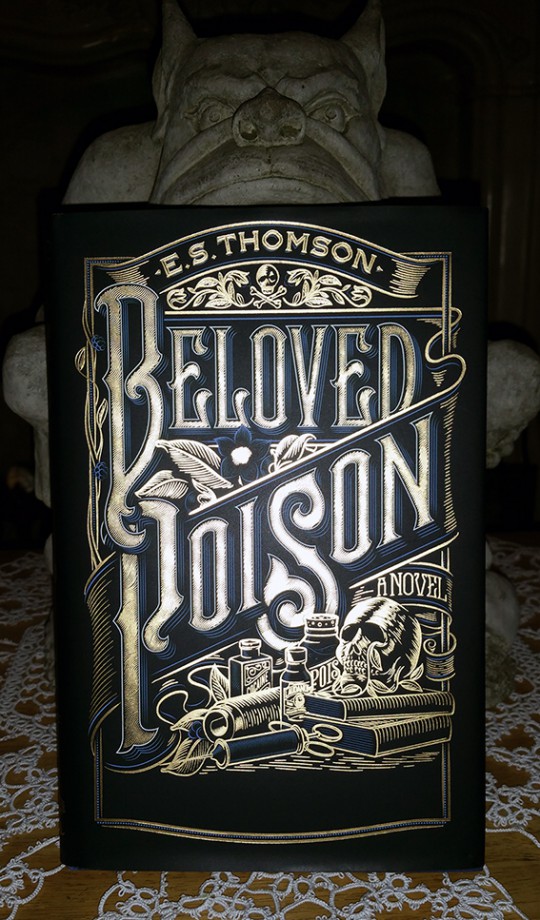 This arrived on my doorstep for review. How stunning is that cover? It's like one of those gold foil scratch art kits that my daughter loves. And, as well as being pretty it sounds like a really great read!

The object I drew out was dusty and mildewed, and blotched with dark rust-coloured stains. It smelt of time and decay, sour, like old books and parchments. The light from the chapel's stained glass window blushed red upon it, and upon my hands, as if the thing itself radiated a bloody glow.

Ramshackle and crumbling, trapped in the past and resisting the future, St Saviour's Infirmary awaits demolition. Within its stinking wards and cramped corridors the doctors bicker and fight. Ambition, jealousy and hatred seethe beneath the veneer of professional courtesy. Always an outsider, and with a secret of her own to hide, apothecary Jem Flockhart observes everything, but says nothing.

And then six tiny coffins are uncovered, inside each a handful of dried flowers and a bundle of mouldering rags. When Jem comes across these strange relics hidden inside the infirmary's old chapel, her quest to understand their meaning prises open a long-forgotten past - with fatal consequences.

In a trail that leads from the bloody world of the operating theatre and the dissecting table to the notorious squalor of Newgate and the gallows, Jem's adversary proves to be both powerful and ruthless. As St Saviour's destruction draws near, the dead are unearthed from their graves whilst the living are forced to make impossible choices. And murder is the price to be paid for the secrets to be kept