Log in with Facebook
or
Wrong email address or username
Sign up
Already on BookLikes? Log in!
Incorrect verification code
Please, check your email, the code to access your BookLikes blog was sent to you already.
Enter code:
« Back Send
back to top
Search tags: myth In "The Bell Witch and The Queen of Vines" 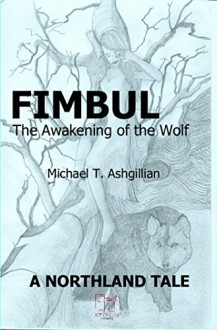 I was lucky enough to meet this author at the time he was publishing his first book 'Under the Tree' in 2013 and although it was primarily a children's book, not my usual genre! - I am always drawn to read a book when I have met the author. I'm glad I did. As a previously unpublished author I was sceptical of his plans to write a further 9 books in a series he calls 'The Northland Tales' as experience suggests that most would-be authors do not even ever finish one!

I shouldn't have doubted him because earlier this year the second in the series 'The Fairey Flag' hit the shelves.

Much longer, darker and more suitable for adults as well as children I found it hugely engaging and Michael T. Ashgillian was honing his craft.

Now I have just finished the third in the series 'Fimbul: The Awakening of the Wolf' which takes the story on further and once again the writing gets better, not that it was too shabby in the first place!

I no longer doubt that Ashgillian will go on to complete another 7 books (I understand the 4th is close to completion) - and I, for one, will be waiting to follow the developing stories from 'The Northland Tales' as they arrive. Highly recommended.

7 2
quote 2014-03-31 17:08
Almost any woman can land in the “impure” camp and be blamed for sexual violence committed against her. “Impure” behavior isn’t limited to being sexually active, either -drinking, staying out to late, or, in some cases, not being white all qualify as well.

Take Cassandra Hernandez, a female Air Force airperson who was raped by three of her colleagues at a party where, yes, she was drinking. After she went to the hospital and filed a report, the Air Force treated her to a harsh interrogation -so harsh, in fact, that Hernandez decided not to testify against her attackers. Instead of giving her the treatment she deserved, the Air Force charged Hernandez with underage drinking and “indecent acts”. To make matters worse, Hernandez’s three attackers were offered immunity from sexual assault if they testified against her on the indecent-acts charge. So, in effect, she was charged with her own rape.

5
quote 2013-12-17 21:01
They are gone now. Fled, banished in death or exile, lost, undone. Over the land sun and wind still move to burn and sway the trees, the grasses. No avatar, no scion, no vestige of that people remains. On the lips of the strange race that now dwells there their names are myth, legend, dust. 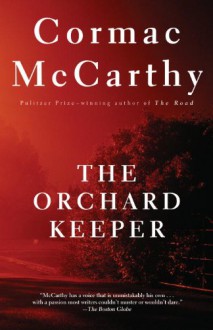