Log in with Facebook
or
Wrong email address or username
Sign up
Already on BookLikes? Log in!
Incorrect verification code
Please, check your email, the code to access your BookLikes blog was sent to you already.
Enter code:
« Back Send
back to top
Search tags: neuro-autoimmune

Adapted from the new inspirational self-help book entitled, ‘From Broken to Blest: Embracing the Healing that Awaits You’ by Adele M. Gill and Dr. Verna Benner Carson.

Clinical depression is on the rise in the US, with over 21 million Americans diagnosed with depression each year. Most people are able to get treatment that is readily available, including medication and/or psychotherapy. Many come to understand the origin of their depression over time, however, sometimes they only have a vague idea as to why they are experiencing persistent clinical depression, sometimes combined with what I call ‘the trifecta: ’Depression, PTSD, and a neuro-autoimmune condition, such as MS or MG or fibromyalgia, which often go hand-in-hand.

For those individuals who don’t know the origin of their depression, looking back on their childhood may be extremely helpful, even life-giving. Understanding the negative effects of untreated childhood trauma can be life-giving, even life-saving, especially when depression affects ones physical health. Here is my story involving the telltale signs of childhood trauma in my own life:

Having endured physical, sexual, and mental abuse in my youth, I came to doubt my own existence, and self-worth. Though resolved, the truth is that my self-esteem was always an issue as I grew up in poverty with my abusive schizophrenic mother, and my father who was involved in the Mafia, who took me with him while doing ‘business.’

In my youth, and later into adulthood, I felt depressed, anxious, and ‘less than’ more often than I care to admit, which colored the way I looked at myself, others, and the world at-large—but I did not understand why I felt that way. I was diagnosed with depression in early adulthood, but chose not to treat it, in part, due to the stigma associated with psychiatric illness and care, and I did not want to take depression meds. At that time, I was unsure as to why I had depression in the first place, as my life was going well and I was living my dream of becoming a wife, mother and registered nurse. But eventually I learned that it was repressed and suppressed memories related to my childhood that were making me sick.

Looking back, the mind-body illnesses I experienced could have been anticipated given my unusual, traumatic upbringing, but I was initially not yet in touch with the untreated childhood trauma I had endured. My memories were blocked until I started having flashbacks and nightmares about 10 years ago, and the root of the problem became crystal clear. It was not one event that caused the trauma and stress. It was my early family life itself, and a series of traumatic life events that made me sick physically and emotionally later in adulthood.

The enduring effects of untreated childhood trauma became so intense that I frequently felt overwhelmed, lost, and alone much of the time, having lived in daily turmoil and poverty through my youth, with little encouragement or emotional support. And that carried over into my adulthood years, as my own ‘trifecta,’ the tell-tale signs of untreated childhood trauma, rolled in over time: Unrelenting depression, childhood associated PTSD, and a serious neuro-autoimmune disorder, which often go hand in hand.

The latter is what forced me to look closely at my traumatic childhood for what it was—something I had avoided at all costs. In truth, I had little choice but to seek the truth, as my physical and emotional health depended on it. Eventually, I learned from my medical team that my autoimmune system had been damaged by the early childhood trauma, and that, in turn, was damaging my central nervous system.  I finally got to the point where I could no longer deny things that had happened to me. What had transpired in my youth was making me chronically and acutely ill, both physically and emotionally, and I could no longer function in my daily life. I had met the proverbial wall, so to speak. I could not work, could not walk even short distances without long arm crutches, then a walker, then it progressed, and I was bedridden and in a wheelchair for twelve years, had blurred vision, and garbled speech much of the time. Mind-body illnesses had taken over my life and I no longer had the privilege of pushing aside the memories of the trauma that had occurred. I found myself very sick with depression, PTSD, mobility impairment, and exacerbations of respiratory muscle weakness and generalized weakness requiring a home bipap ventilator 14-16 hours per twenty four hour day.

Once my medical team and I made the connection between untreated childhood trauma and the mind-body illnesses, there was no turning back. I had to heal, and to do so, I had to face where I had been and what I had experienced in my youth, painful as it was. Though I still have neuro-autoimmune exacerbations and remissions, and frequently receive IV steroids and IVIG treatments to quell symptoms when in acute need of medical care, I now have a new life since dealing with the untreated childhood trauma.

Most of all, I have hope now. For it is only with Jesus’ help that I was able to heal from the depression and PTSD, begin to flourish, and get on with my life. I believe it was faith that healed me through the prayers of many people who prayed fervently for me and continue to this day. What a tremendous blessing…the gift of faith!

To be continued… See PART II:

Adele M. Gill resides in Maryland, is a retired RN/BSN, a board certified Disability Analyst (ABDA), a Chaplain, and co-author of the new inspirational self-help book entitled, ‘From Broken to Blest: Embracing the Healing that Awaits You.' She is a tireless mental health advocate living in Maryland. 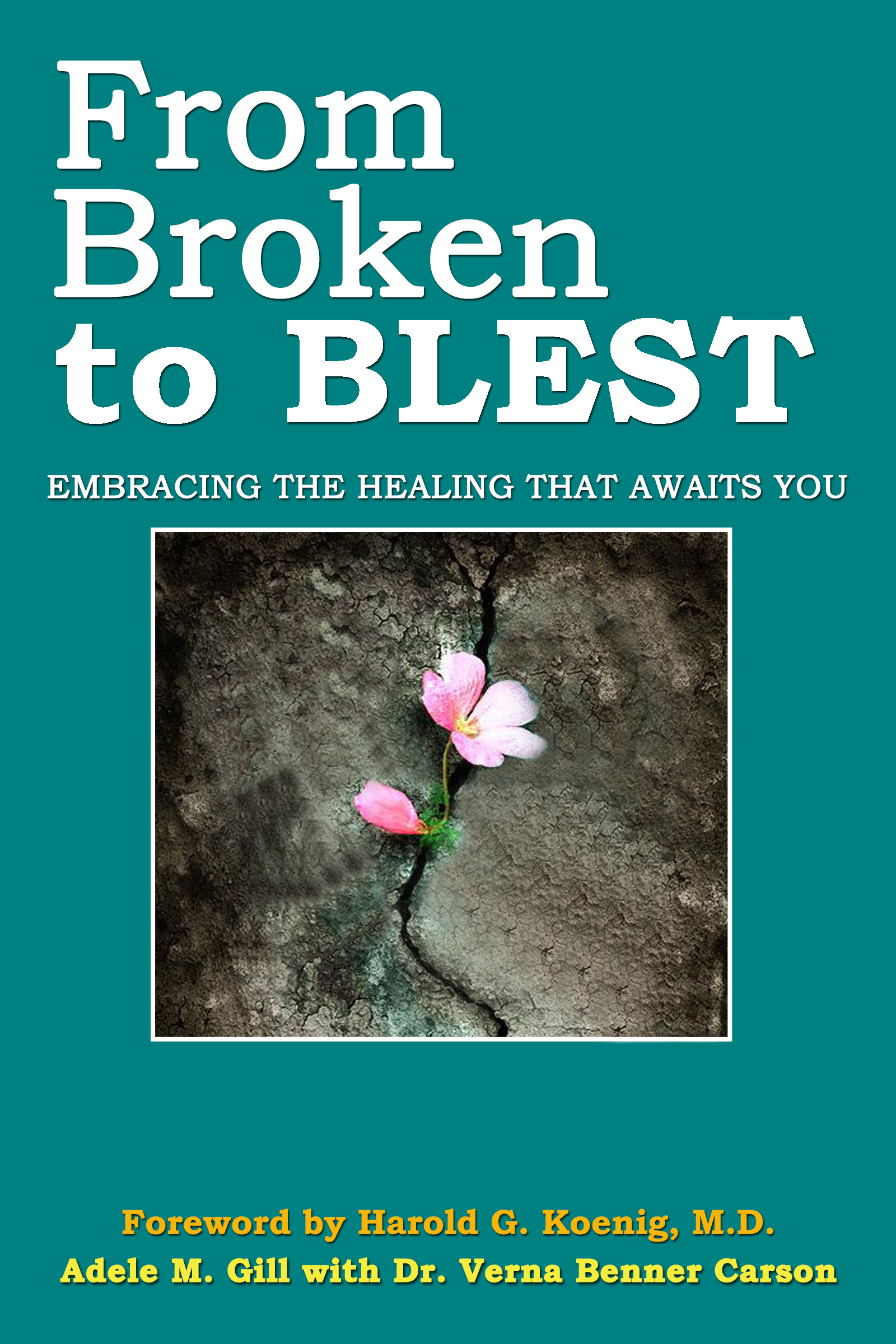