Log in with Facebook
or
Wrong email address or username
Sign up
Already on BookLikes? Log in!
Incorrect verification code
Please, check your email, the code to access your BookLikes blog was sent to you already.
Enter code:
« Back Send
back to top
Search tags: new-york-crime-kings 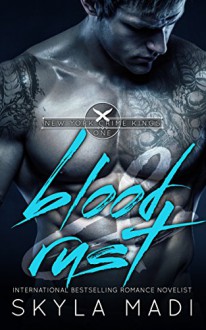 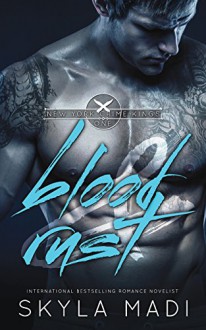 All I can say is Skyla started her new series off with a BANG!!

It was heart stopping & had the adrenaline pumping in my veins pretty much all throughout the read. Once started I couldn't stop & it was devoured in such a short time, I'm still reeling from it & surprised I can even make sense right at this moment.

Fight Club has nothing on this story, the crazy instense feel in this story is nothing compared to the intense chemistry between Emily & Jai. With the glimpses we get into their past that slowly stitches everything together, not completely or else the pull into the story wouldn't last... Skyla keeps us waiting and wanting to find out what is happening next. I had previously read the original of 'Blood and Rust' (aka 'Broken') so it was wonderful to go back & re-read Jai & Emily's story, especially with the extra content. 'Blood and Rust' is book 1 in Skyla's new series "New York Crime Kings", I can't wait to read the next books in the series. 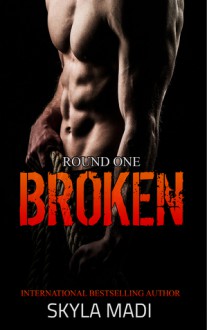 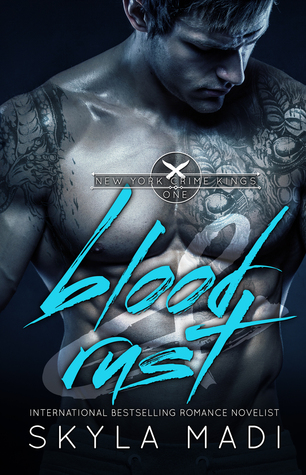 Blood & Rust
New York Crime Kings #1
by Skyla Madi
I don't normally do fighting stories, not because they don't appeal to me, just that I have found that 9 times out of 10 I ditch the story before the end.
People tend to add far too much gore, unrealistic scenes and just downright dribble where I am left with motion-sickness from shaking my head.

So you're probably wondering why on earth I accepted an ARC of Broken (Newly named, Blood & Rust).

I have a bit of soft spot for the Aussie authors with being an Aussie myself, so when I happened to stumble upon Skyla through another Author (who is the totally amazeballs, River Savage) I had to check out her book.

Right from the blurb, I was intrigued but didn't hold out much hope with a number of letdowns in the same genre.

This was my first Skyla Madi experience, and let me tell you, that woman took me for a ride that left my heart racing, eyes sore and panties missing ;) Oh the cliffy. Yes, be warned, that cliffy is a pretty big one. It left me calling out,

It all starts here, this is where my love for this author starts. Not to mention my almost instant love affair with Jai.

Student - nurse Emily is struggling to make ends meet and when Jai comes along and literally crashes into her, knocking her tablet to the ground this is the last straw.

She follows him into the night in a shady area, trying to get his attention, to demand he repair what he broke.

Jai is trying to keep his head down and stay unnoticed. He has a job to do and doesn't need any distractions.

Emily puts herself in a situation that is life-changing.

"I hold my breath while he turns, confused. Then, he spots me and he pulls his brows together, making shadows pool in the hollows of his face.
He’s dangerous."

In order to save her life, Jai must drag her underground, to a very secret, organized illegal fight club, one she might not get out alive.

Jai doesn't want to get involved. He wants to regain the money he lost to save her life and then to get her out. Preferably Alive.

Emily wants nothing than to get out and forget all about this.

But that soon changes.

Parts of their pasts are reviled, and it turns out, neither is what they seem. Emily may be a little innocent and naïve, but she has a darkness to her, an edge that he can see. She likes the thrill of the unknown, the dirtiness and the danger.And the brooding alpha Jai ticks all those boxes.

"I own you," he says, his voice stoking the fire in my blood. "I owned you the second I had you pinned against the warehouse."

The chemistry between these two is insane.

And it isn't long before the inevitable happens, and Damn does it heat up fast!

"Jai’s body covers mine, pushing me harder against the dirty tunnel wall, his hard cock pressing fiercely into my ass cheek. I don’t know what happened between our conversation in the bar and our tiny nook, but somewhere between there and here, we decided we were going to fuck.
Hard."

With the heat being turned up between them, the threat of Skull, the leader of the organization, finding out she's an imposter, and the impending fight that could end either of them approaching, the adrenalin is off the charts.

Emily knows she needs Jai to survive the underground.

She must survive the fight to move on. To pay Jai back and to live long enough to get free.

Until Skull steps in with his own agenda ...

Will it all be too much for Emily?

Can Jai really keep her safe from the seedy underground and himself?

You will just have to grab a copy and find out ;)

*ARC PROVIDED BY AUTHOR FOR AN HONEST REVIEW* 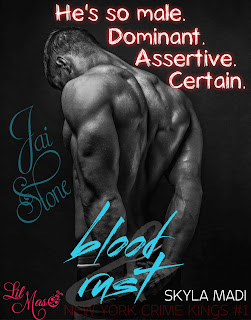