Log in with Facebook
or
Wrong email address or username
Sign up
Already on BookLikes? Log in!
Incorrect verification code
Please, check your email, the code to access your BookLikes blog was sent to you already.
Enter code:
« Back Send
back to top
Search tags: non-fiction-diseases-and-disasters 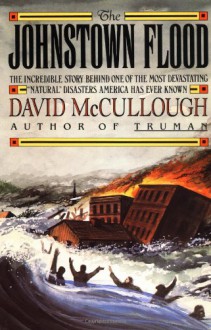 Another great read from historian David McCullough. I like his shorter works, as he is very detailed in his writings. There were a lot of people to keep track of and a lot of geographical area to cover (luckily there was a map in the front of the book). The pictures of the aftermath are amazing and disturbing at the same time. The writing is very action-oriented when the event starts, but there is a lot of back story (pre-Civil War history) that went into the understanding of the event. It was very readable, so I could recommend this to both history buffs and non-history readers. 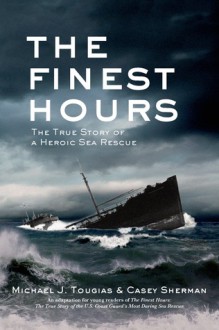 I watched the Disney movie based on the adult book back in January 2017. It was great (read: Chris Pine and Eric Bana provided eye-candy) and one of the special features of the DVD was the screenwriters interviewing survivors/witnesses and showing stuff from the museum. I had made a point of wanting to read the book, so when the 2018 PS challenge came out and the first prompt was "book that was made into a movie you've already seen" I knew which book I would read for it.

Here's the deal - I don't care about boats, nor do I care to read endless paragraphs of boats structure, size, etc. If you do, read the adult book; I went with the YA adaption of the book so I could get to the actual story faster and not read mind-numbingly pages of boat details. The problem was that it was written for more the MG crowd than YA; the writing at times seem choppy and I couldn't really connect with the people in the story; I felt the movie was better in getting the audience to care about the rescuers and those on the oil tankers. There was also too many people, especially the ones on the oil tankers, profiled - it was hard to keep them separate in my head while reading.

Still it is a decent story for those MG readers that want to know about an important event in the ever-evolving history of disaster management. 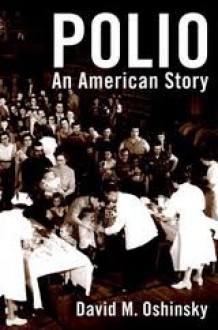 *Winner of the 2006 Pulitzer Prize for History

For such an in-depth look at how we got to now in regards to poliomyelitis (polio for short), it was an enjoyable and easily readable book. There is drama in the real life story of trying to contain a virus that strikes children. And Holy Scientific Egos, Batman!

The story begins with outbreaks from the late 1880s and how the disease became epidemic when hygiene standards were elevating and other diseases were decreasing. Then FDR, then a rising star in the political arena, was stricken. His recovery paved the way for a new kind of charity (National Foundation for Infantile Paralysis), and the race for a vaccine.

There is seventy years worth of history, both with the foundation's fund raising and the science behind the vaccine. There are a lot of people to keep track of; some were doctors, some were researchers, and foundation employees. The work was built very slowly; while Dr. Jonas Salk is the celebrated scientist, his work was basically the culmination of breakthroughs of other scientists, such as John Enders and Albert Sabin. Sabin's vaccine was used around the world to eradicate polio; Salk's was used predominately here in the US and Netherlands. Ultimately, due to some complications with Sabin's vaccine, the shots given to kids today are Salk's version.

Oshinsky does give a page or two to the AIDS-polio vaccine link that was circulated in the 1990s, but only to discredit that link (and the faulty science that went into that thinking). He did the same with the SV-40-polio vaccine link. He also mentions that polio is still not eradicated from the world due to hostilities and uncooperativeness of certain countries (India, Pakistan, and Nigeria). He also takes in the time periods he is writing about - the Jim Crow South and how that played into incidence rates and problems with the vaccine trials, poverty levels, WWII, and Great Depression. The science and the social were mixed well into the story.

Overall, an enjoyable and engrossing read but very in-depth, so it will take time to read and absorb the story. 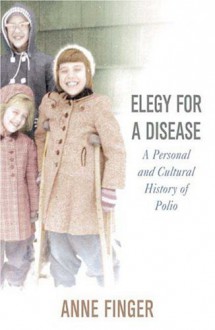 This is a rambling, incoherent mess. Finger's writing is also very annoying to read due to her constant condescending attitude toward the reader. She does not inform on the history of the disease or how it affected her personally. The final straw was when she wrote about how the oral polio vaccine may be the linchpin to the AIDS epidemic as proof that eradication of polio from the world may not be as awesome as we all want it to be.....wtf? 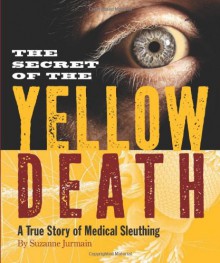 Cuba, 1900. This is a MG-level book that explores the discovery of how yellow fever is spread - basically one of those "breaking the codes" that led to numerous public health campaigns and led to more discoveries about yellow fever in the 20th century. Major Leonard Wood of the US Army spearheaded a team of doctors/scientists to look at four theories for the spread of yellow fever - a specific bacteria, the soiled remains (corpses and bedding/clothing) of yellow fever victims, something in the water/air, or contact/bites from a specific breed of mosquitos. The last theory, wild and well-mocked by most scientists around the world, was the brain-child of a Cuban doctor (Carlos Juan Finlay). Turns out Dr. Finlay's theory, down to the correct breed of mosquito, was correct - he only got recognition for this outstanding work by the experiments of Reed's team. Pictures from that time/place help give the reader a sense of environment the doctors were working in.

The book only talked about how the disease is spread; the epilogue goes through a quick time line of the medical advancements in combating the disease (still no cure, but there is a vaccine).