Log in with Facebook
or
Wrong email address or username
Sign up
Already on BookLikes? Log in!
Incorrect verification code
Please, check your email, the code to access your BookLikes blog was sent to you already.
Enter code:
« Back Send
back to top
Search tags: nordic-crime-fiction 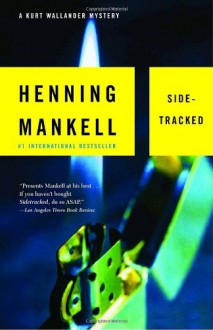 My first brush with Mankell and Wallander wasn’t as exciting as I would have liked it to, or as I was lead to believe it would be. There was nothing wrong with the book; neither was there anything out of the world, or special about the book. It was just another Scandi crime thriller with some gore, a serial killer and a dose of “broken” police officer with a family and some personal troubles. The book wasn’t a dud, but to compare with Morse is a bit too much.
The problem began with the plot. I have serious issues with serial killers as focal point of a crime novel. Serial killers tend to be erratic, and they kill without any apparent motive, which in turn turns the book into a lengthy process of catch the guy with no motive to spice thing up in the finishing chapters. Though this wasn’t the case here, not at least in toto, but somehow by the end of the book I did feel that Mankell forgot to provide the reader with a motive as to why the four guys got killed. Yes, the motive is simple and the reader can sum it up on his own, but I guess it’s the duty of the writer to elucidate on that point. Bottom line, the book got over but we never got a motive.
And lastly the translation. I know it’s hard to capture the essence of a book when it’s getting translated, but is it too hard to try and not make the book sound like robot? Because that’s how the book sounded to me. Wooden and bland dialogues. Mankell took the way, where he shows us the culprit, and then takes us through a cat and mouse game where both the cat and the mouse is known to us. The tact was good, it was filled with suspense but the wooden words killed off any kind of suspense that was meant to be present.
Summing up, this is not a dud, as I had said earlier. But, neither is this a piece of art. 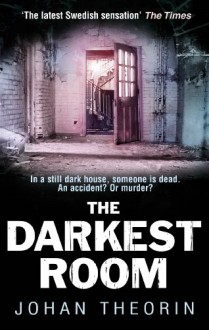 When I had read Echoes from the Dead, I was not really expecting a taut thriller, with a sad and believable protagonist and a plot which racing between two time periods and an unlikely outcome, a twist in the very last pages. It kept me hooked up to the last page. I made the mistake of underestimating the book, and I was properly thrilled with its stature. And, then I made the mistake of over estimating The Darkest Room, and was not really thrilled by the book and its contents. Make no mistake of the fact, Johan Theorin is a great writer, and I still consider him a personal favourite, but somehow I guess he tried a little too hard to make this book exotic and in the process ended up in writing a book which neither could become a complete thriller nor a complete family drama.

The publishers note in my edition said, “In this powerhouse of suspense–at once a crime novel and a searing family drama…” So, from a purely crime fiction point of view I was sorely disappointed. The plot was not fast, it wasn’t well weaved, the crime never looked like a crime until almost 65% of the book had gone by, the criminal had, at most a total of 5 paragraphs dedicated to him and at the end neither did we get to know what was his fate. There was a subplot which at the end was revealed to be connected to the crime, but the sub plot was way too long and could have been shortened without causing any harm to the main plot. But I never skipped pages, because Theorin after all is a good writer. The book looked like a family drama, sounded like a family drama, read like a family drama, with a bit of supernatural thrown in. As for a work of crime fiction, it was not worth it.

The characters unlike the first book failed to make any mark on me. The semi-protagonist of Tilda Daviddsson gets way to little space to be fully developed, Joakim Westin also comes out as unfinished. His situation brings out sympathy but that’s not the credit of the writer. Reading about him made me bored, but thinking about a man who lost his wife made me sad. A character from the first book makes a cameo appearance and does the Mycroft Holmes thing by pointing out the crime, but sadly that doesn’t salvage the book. Even the old-new connection which worked so well in the last book failed this time. It was boring, and never felt remotely connected to the main plot.

Final verdict, this book, as a work of crime fiction doesn’t stand up. But as far as reading it like a family drama goes, there might be some merit. But then again why would a reader read Johan Theorin to read a family drama??? 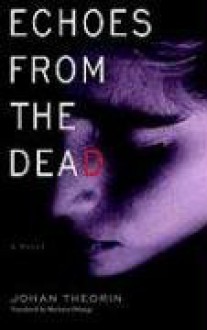 Echoes from the Dead by Johan Theorin set in Oland, Sweden starts when Jens Davidsson, a 6 year old boy goes missing on a foggy day. Years later his grandfather a retired sea captain receives a shoe, a shoe which Jens was wearing on the day he disappeared. He then, along with his daughter, sets off to find out what really happened on that day, and what became of his grandson.

Now, how many times do we come across a crime thriller which, literally, has a twist in its last page? It’s far and rare. And in today’s world of deceitful blurbs and dubious ways of giving away awards for crime writing, it has become much more difficult to come across a book which actually provides a roller coaster ride, all wrapped up in the garb of a run-of-the-mill plot, filled with oh-so-clichéd and drab characters, nothing exotic but believable. Johan Theorin provided us a book which had all the above points. Potent enough to make a crime reader like me suspect, that I am yet again stuck with a book which while calling itself a crime novel would present me with a bouquet of descriptions and scenes of the locale, the deep psychology of the characters, long paragraphs filled with over the top lines, and very little crime and thrill. I was properly and thoroughly hoodwinked.

The book begins with all the above mentioned shortfalls, and as one continues, it appears that though not as bleak like some fellow award winners, this book might just fall flat. But, something stops the reader from putting down the book. Be it the characters. The woman with a missing child, the elderly grandfather settled in an old age home, with a mission to find out the truth. The narrative, which jumps between the present day, and past, talking about a man who gets perceived as a villain, yet something about that man seems to not fit the bill as a villain. All these discrepancies within the over-tested formula of exotic locale, and the super tragic crime of a missing child, kept me interested. I ploughed on, and the book as it progressed, picked up speed. Though not much was happening, clues weren’t getting discovered, nor were people turning up dead by numbers. Yet, the local characters started revealing some odd bits. And when the ending came, I thought that was the best it could have been, only to be presented with a twist in the last page.

Surely one of the most entertaining and suspenseful crime novels I have read in recent time. Standalone thrillers if not treated right gets boring. But, it seems Theorin knew his job, and in the process created a book, which was worthy of all the Awards heaped upon it. 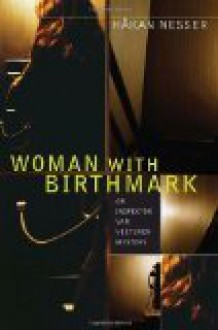 THE WOMAN WITH A BIRTHMARK by Hakan Nesser is the fourth instalment in the series of crime novels set in the fictious city of Maardam, featuring the previously a bit dark and brooding, but a very jolly and witty in this book, Inspector Van Veeteren. The novel starts with a funeral, where a daughter vows to undertake a mission in the memory of her mother. She changes name, takes up a new address and sets the plan in motion. Then we are confronted with a murder, of a seemingly dull businessman. Van Veeteren takes up the case, and the reader comes to know the identity of the killer.

The first thing which struck me out of ordinary was the theme of the novel. Nordic crime fiction has come to be associated with dark themes, and gory plots. Even the previous Nesser novels had gore in them. Enough to make a few readers put the book away(not me though).  But here though the motive for the crime was tragic, but it never got to the point where it can be called gory. The book almost seemed like a modern day British crime thriller. The plot was such, that the culprit gets identified from the very first page. But, instead of dampening the pace of the book, it manages to turn the book from a whodunit to a very fast and intriguing Why-Dunit. The WHY became the sole running force behind this extremely enjoyable crime novel.

And, the other aspect that was new to me was Van Veeteren. Nordic crime fighters have become synonymous with the brooding detective. So much so, that in a subtle way Peter Lovesey even made fun of this brooding lot in his book THE TOOTH TATTOO. And, surely if this brooding goes on for a few more years, it will get clichéd. Van Veeteren was never one of those. Maybe he wasn’t always ready with witty one liner-s like Spenser, but he got out a decent laugh and a smile along with some fun remarks when needed. But, in this book he comes out with one witty remark after another. He delivers lines with an élan which makes him look like a fast talking American P.I. more than a serious Nordic policeman. But I loved the change. It made him look more human, and made it easier for me to read.