Log in with Facebook
or
Wrong email address or username
Sign up
Already on BookLikes? Log in!
Incorrect verification code
Please, check your email, the code to access your BookLikes blog was sent to you already.
Enter code:
« Back Send
back to top
Search tags: not-so-thrilling 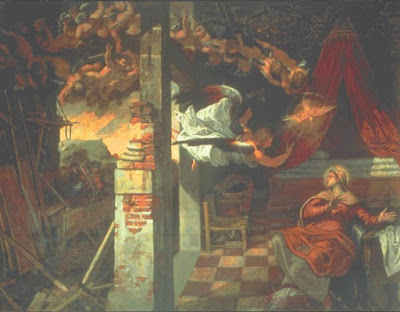 “All art constantly aspires towards the condition of music”

Walter Pater’s said that. It’s a famous quote of his, more famous than he is. When I first heard it, I checked him out, to find he was a nineteenth-century art critic and literary theorist who was born in the East End of London.

Some think that this quote is bunkum, and that art doesn’t move towards being music, but the idea resonates with me. Why else would Leonard Cohen have moved his writing sideways from prose and poetry to lyrics (oh! the money, maybe…).  Music often enhances reading; I played Bob Marley all the time when I was consumed by A Brief History of Seven Killings

When I write, I’m always aware that certain scenes make a sort of music in my head. My characters, right from before I had anything published, always listened to music, often (this is possibly why these stories weren't published!) for long, closely-described scenes. 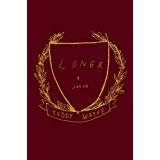 Then I read the critically acclaimed Teddy Wayne, and heard about how he created a ‘soundtrack’ to his most recent novel Loner, an unsettling story of obsessive desire. In his article, Wayne says…A great deal of pop songs are also about romantic obsession and loneliness (often in the same breath), and many ostensible love songs, when you examine the lyrics, are really avowals of stalker-like pursuit or thoughts of the object of desire; the British seem to have a particular fondness for this kind of ballad.

Wayne chose ten tracks that informed his portrayal of his protagonist. I’m writing book four of the Shaman Mysteries, Flood Gate, and I'm doing the same thing. My chosen tracks each represent a character, and I’m finding wonderful inspiration from listening to these songs. Follow the links to hear the music.

In order of appearance:

Larry Waish is a small-time poultry farmer who recently lost all his hens in one of the many floods that plague the Somerset Levels. What he’s discovered, is that his neighbour is to blame for his loss, and he’s hopping mad. Larry really loves Country and Western and plays The Eagles Heartache Tonight  a lot, while he’s trying to cope with what happened between him and Jack Spicer at Harper’s Coombe

Jack Spicer, who’s real name is John, farms 200 acres of Somerset land, as his family has for generations. He's recently lost his daughter, and is helping bring up her daughter, baby Olivia. He knows he's been driven to do wrong, and t’s tormenting him. He's a bit of a classical buff, and listening to the slightly sinister tones of Shostakovich’s first piano concerto helped me build his character. By the end of chapter one, Jack is dead. 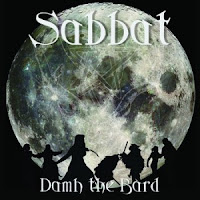 Sabbie Dare is a young shamanic practitioner and therapist who knows it is her destiny to be of service to people on the very edge of life. The victims of evil…the perpetrators of it.  Sabbie’s mad about Pet Shop Boys and pagan music which can vary from folksy to rocking, and includes groups like Incubus Sucubus, Dahm the Bard and The Dolmen

Kelly King was 28 when she threw herself off the Clifton Suspension Bridge. She’d never really recovered from her life in The Willows, a local authority children’s home where Kelly, Sabbie and Debs Hitchings all lived when they were children. Kelly was depressed, directionless, and addicted to chocolate cookies. In her last days, she plugged into the music of her childhood, such as Pink’s There you go.

Debs Hitchings is a beautician who wanders from boyfriend to boyfriend and job to job. Debs turned up at the very end of In the Moors, (Book One) where she cuts Sabbie’s tortured hair, and has a small part in Unraveled Visions. In this book Debs, and the story of her past, takes centre stage. She’s known for cracking out Beyoncés Crazy in Love

at the top of her voice as her heels skittered across nighttime pavements.

Quentin Lachapelle is a thirty-five year old photographer with a nice studio, a pretty wife, and a flourishing career. He meets Sabbie and Debs at Kelly King's funeral, where he offers to take some glamour shots of Debs, although he finds Sabbie’s dark skin tones and angled face interesting. There is more to Quentin that meets the eye…or the lens of his cameras. Quentin is a Miles Davis fan, of course.

DI Reynard Buckely. Fans of the Shaman Mysteries will be delighted to hear that and Rey and Sabbie are still an item. In fact, things hot up between them considerably! Rey made his musical preferences clear in In the Moors, so there’s only one group I could play, and that’s the Stones.

Fenella Waish is Larry’s sister. Now in her forties, but still living in their childhood home, Fen seeks help from Sabbie for longterm Ornithophobia, her paralysing fear of birds which prevents her going anywhere near Larry’s poultry shed. Fenella loves her laptop, which is her window on the world. Scared to be Lonely might bring tears to her eyes, but she plays it again and again.

Tara Yorkman. Before she died, Kelly was fruitlessly searching for her friend Tara, who lived at The Willows from when she was little. Kelly, in need of someone to care for, always looked out for Tara, until she was a teenager. Then she disappeared. When Kelly’s spirit comes to Sabbie in a dream, she feels indebted to continue the quest for the missing girl. I listen to Taylor Swift and other noughties music to get in touch with Tara.

Victor Doyle is a successful Bristol business man, a builder of local housing. Now 55, he's loaded, charming and still handsome in a chiselled way, although he’s put on a bit of weight. In the community, he’s a well-loved philanthropist, but underneath, the man is pure, unadulterated evil. I think he’d be rivitted by Pretty Women from Sweeny Todd.

If you're writing a novel, or a series of short stories, try finding and playing the soundtrack that perfectly accompanies the story and the characters. It can make a tremendous difference to the outcome. 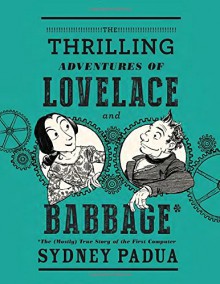 An incredibly fun, thoroughly researched graphic novel about the pocket universe adventures of Charles Babbage and Ada Byron Lovelace. Katy was the one who mentioned this and I’m so glad she did; I enjoyed it so much. Even the footnotes are fun!