Log in with Facebook
or
Wrong email address or username
Sign up
Already on BookLikes? Log in!
Incorrect verification code
Please, check your email, the code to access your BookLikes blog was sent to you already.
Enter code:
« Back Send
back to top
Search tags: novels-which-feature-libraries-and-librarians 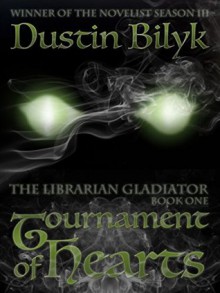 Hamelin, a town separated from the rest of the world, has a deadly problem. Fierce, flying beasts ravage the countryside and cull the sparse human population, forcing the majority of Hamelin’s citizens to live within the safety of her boundaries for fear of being snatched away and torn into pieces. With no help in sight, the Town Council look to their gods for salvation and unearth a chilling answer to their problems.

The Tournament of Hearts – a much-celebrated, barbaric event that pits four gladiators against each other in deadly combat. Winning The Tournament brings rich rewards, fame and glory for one’s bloodline. Losing, however, results in a deadly trip to the Sacrificial Altar for you and all of those who share your blood: man, woman and child. The sacrifice is said to be a blood offering to the gods in payment for reprieve – a necessary evil for the greater good of all.

Neven Fairchild, adolescent town historian and librarian, is chosen by random draw to fight for the survival of his bloodline. Utterly inept at doing much other than reading and writing his histories, Neven must find the courage deep within himself to defeat his stronger opponents, for he discovers that much more than the lives of those he loves hangs in the balance. An evil lurks, waiting for its moment to deliver the death blow, and Neven is all that stands in its way, whether he likes it or not.

I read this book to fill the Paint It Black square of my 2019 Halloween Bingo Card.

I’m a former library worker and I’m a sucker for books about libraries and librarians. I bought this book a while ago, because the main character is a librarian of sorts. It’s the second book I’ve read this year where the author has obviously decided to juxtapose “Librarian” with something unlikely. In this case, librarian gladiator. (See also The Hunted, where it is librarian-assassin). Strangely, both of these books were written by fellow Canadians. I hadn’t realized that this author was a Canuck until I hit about one third of the way through, and one of his characters “hucked” a bottle into a bush. That’s such a prairie Canadian verb! It is something I’ve never heard outside the prairies, but we used it all the time in school--”Huck this in the garbage” for example.

It is obvious that the author has read a fair amount of fantasy literature and he knows how these things need to be structured. His ideas were basically sound, he came up with good villains (kind of a cross between a human and a pterodactyl), he created his band of buddies. However, I had a really difficult time finishing the book because of the quality of the writing itself. There were a lot of really long sentences, sometimes a bit confusing. There were awkward sentence structures. Stephen King may say that the road to hell is paved with adverbs, but adjectives can fulfill that role too. There were way, way too many adjectives, often repetitive. How many times does the reader need to be reminded that a character is young, for example? There was a lot of unnecessary crude language (and I admit that this is just my thing). I can see using various swear words and crude expressions in dialog--it gives you a feeling for the character using it. But I found it unusual for the author to use it during description, which is unspoken by any character. Last but not least, there were a lot of words that seemed to be picked out of a thesaurus without the author actually realizing what they meant. He described one character’s sleep: “He tousled and turned,” rather than tossed and turned. He also writes: “...he could feel the veins on his head swelling beneath his frock of fine, black hair.” Now a frock is a dress, not a hair pattern, so this rubbed me the wrong way. Combine that with a confusion about whether to use “your” or “you’re” and this book drove my inner editor to drink.

In short, this author has potential, with decent ideas and knowledge of how to plot a novel. However, I would recommend a really good professional editor to help him improve his final product. It would be a shame if he quit writing, but he needs to level up. 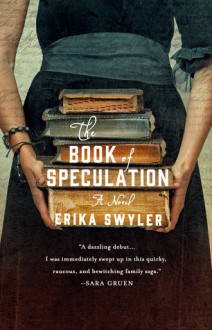 Simon Watson, a young librarian, lives alone on the Long Island Sound in his family home, a house perched on the edge of a cliff that is slowly crumbling into the sea. His parents are long dead, his mother having drowned in the water his house overlooks.

One day, Simon receives a mysterious book from an antiquarian bookseller; it has been sent to him because it is inscribed with the name Verona Bonn, Simon's grandmother. Simon must unlock the mysteries of the book, and decode his family history, before fate deals its next deadly hand.

I read this book to fill the Relics & Curiosities square of my 2019 Halloween Bingo Card.

This reading experience definitely suffered from my own fit of ennui, a mini-reading-slump that marred my life during mid-October. I was half way through this book and really enjoying it when I suddenly just bumped to a halt and had an extremely difficult time getting rolling again. That said, this book should have been right up my alley--the main character is a librarian, the relic in question is a wonderful old handwritten book, and the exploration of the main character’s genealogy is a major part of the plot. All of those factors are usually like catnip to me, a retired special collections library cataloguer. I can’t explain the waning of interest, but I know that it was more about me than about the book.

If you’ve enjoyed this book, I would suggest that you also check out Robertson Davies’ Deptford Trilogy, including Fifth Business, The Manticore, and World of Wonders. This series also includes a relic (a stone which was originally wrapped in a snowball & thrown) and circus elements. I am inordinately fond of these three novels and in the spirit of fairness, I may try The Book of Speculations again in the future to see if I like it better when I’m in a more receptive mood.

Oh, this is my jam!  Old books and family mysteries....bring it on! 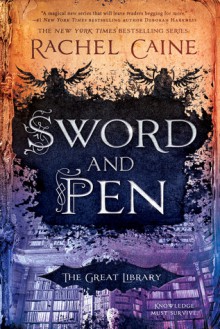 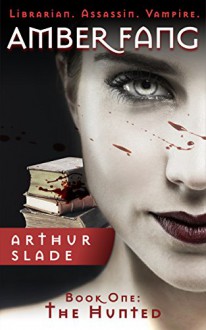 Amber Fang enjoys life's simple pleasures - a good book, a glass of wine and, of course, a great meal.
Raised to eat ethically, Amber dines only on delicious, cold-blooded killers. But being sure they're actually killers takes time... research... patience.
It's a good thing Amber's a librarian. Her extraordinary skills help her hunt down her prey, seek out other vampires, and stay on the trail of her mother, missing now for two years. One day she stalks a rather tasty-looking murderer and things get messy. Very messy. Amber, the hunter, becomes the hunted.
And then, from out of nowhere, the perfect job offer: Assassin. She'd be paid to eat the world's worst butchers. How ideal.
Until it isn't.

I read this book to fill the Vampires square of my 2019 Halloween Bingo Card.

This is a cute and irreverent frolic through the vampire mythos. Amber Fang was a sheltered young vampire, raised by a mother who believed in ethical eating--only remorseless killers allowed. Good thing that Amber was well into her Library Science degree and has mad researching skills.

Amber would obviously like to believe that she is at the top of the food chain. She reminds me of all the anthropological literature that makes the claim that humans are the world’s apex predator, when really if you turned most of us out into the wild, we would quickly expire from hunger & exposure!

Bonus points for the Icelandic librarian who moonlights as a sniper! My dream combination, violent little fantasist than I am.

I bought this book because I really wanted to support its author, Arthur Slade. Mr. Slade came to a book conference that I regularly attend and I was struck by what a decent guy he is. I think he gave this vampire tale a very playful twist and I’ll see if I can find his other two Amber Fang books.