Log in with Facebook
or
Wrong email address or username
Sign up
Already on BookLikes? Log in!
Incorrect verification code
Please, check your email, the code to access your BookLikes blog was sent to you already.
Enter code:
« Back Send
back to top
Search tags: on-dublin-street

I have yet to meet Irish characters in fiction not written by Irish people who aren't generally melodramatic and/or possess hokey Irish accents, even in historical romances, even when the characters are upper class and would have had any accent beaten out of them from an early age. And let's not forget the drunken Irish stereotype.

I mean, I had elocution lessons from a fairly early age to remove the rural from my accent and to help with the pronunciation of certain words (I had issues with things like "Little" and "hospital"); and I know that there are people who are accused of being "West Brit" in this country and there is a definite Anglo-Irish accent but it's glossed over and ignored, like the presence of Jewish people, and Muslim people in history in Ireland, or people of non-white descent (even if there are many people who betray Spanish heritage here); there was a period when Red-headed wasn't the default Irish trope, but dark-haired and dark-eyed.  If you look up historical images of Irish the change happens in about the beginning of the 20th Century.

All of this displays short-cuts and frankly racist laziness on the part of many writers (scriptwriters included) Irish people aren't one homogeneous unit. We don't have the same accent (Dublin and Cork have at least two; upper and working class accents). I have a different accent from almost everyone in my department and there are only eight of us, we all live in Dublin.

I live in a small cul-de-sac of 16 houses, my next door neighbours have been an inter-racial couple (English & Irish too); an Irish lone parent and a Polish couple. Before we lived here we lived in a house that was owned by a Italian man and a directory of businesses in Dublin (Thoms Directory) shows that it was in Italian hands for many decades.  I come from Galway, where the tradition is that it was named after a Spanish Princess and where, since medieval times there has been a Spanish Arch and a Lombard Street.

Ireland's surnames betray many invasions and nations. Pettits in Wexford from France; Loughlin's from Vikings (and our president's surname, Higgins); and many others.  This is not a nation of a single origin, one of our histories is a book of Invasions, where there's a list of nations that came here and some that were slaughtered by the next wave. Our patron saint is a Welshman. One of our presidents was saved from being killed after 1916 because he was an American citizen.  All of these people are Irish.

And don't get me started properly on Religion. That's a whole other rant. Ireland is not and never has been solely one kind of religion, not even one kind of Christian; that Irish law forbade religious prejudice.

Oh and Irish Law, yes, not Common Law. Much more complicated and involved and it's echoes and traditions still reverberate through Ireland.  For a while we had two legal systems (and some folks apparently shopped around!), to assume Ireland =England before about 1850s is oh so wrong and actually cultural erasure.

I'm tired of my culture being erased, with lazy research stomping on my identity and my traditions, please make it stop. 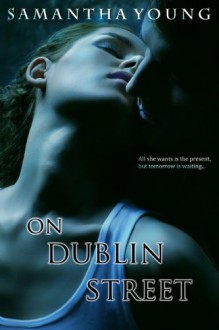 I just noticed a lack of ego in the room and thought "Hey, where's Braden?"
Like Reblog Comment
show activity (+) 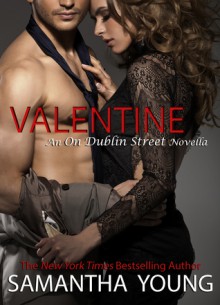 This novella has six short stories about couples in love and how they spend their Valentine’s Day. The typical Valentine’s Day story involves cynical singles, wary of love and complaining about it. These stories were refreshing in that all the stories were about couples, mostly married, who are in love and still in lust, with all the ups and downs that implies. That was nice to read about.

I figured that this was part of a series. What I didn’t realize is that the couples appearing in this book, are recurring characters from previous books. I simply love that idea. It does what it is supposed to do, it makes me want to read the rest of the ‘On Dublin Street’ books and just about anything else written by this author if I am honest. If you are looking for steamy Valentine’s read with characters that are easy to connect with, this is a great way to spend the afternoon.
Like Reblog Comment
show activity (+) 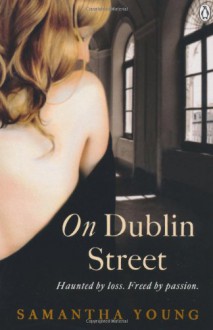 3/9 - Damn internet ate my review last night and I can not be bothered rewriting it completely, so I'll just give you the highlights.

I LOVED this book.
This book was as good as Moonlight on Nightingale Way.
I enjoyed getting to properly meet characters I only saw glimpses of in Moonlight on Nightingale Way.
The addition of Ellie and Adam's side romance was great.
I found Ellie's diagnosis with a brain tumour hard to deal with considering the discovery of my own tumour. It was more traumatic to read of her diagnosis and resulting surgery than it was to read the parts when Jocelyn broke up with Braden.
This second book (for me) of the series was so good it's got me contemplating buying the whole series (at a discounted price, of course, from one of my favourite online second hand bookstores, Fishpond, Book Depository, or eBay).

Okay, that's it. That's the gist of what I wrote last night, in a condensed version. Can't wait to get to the next one. 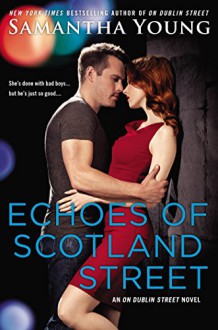 It’s impossible not to love Cole. I don’t know why Shannon even tried.