Log in with Facebook
or
Wrong email address or username
Sign up
Already on BookLikes? Log in!
Incorrect verification code
Please, check your email, the code to access your BookLikes blog was sent to you already.
Enter code:
« Back Send
back to top
Search tags: paranormal-cozy 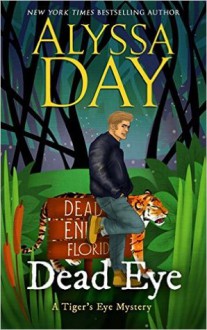 Tess has lived in Dead End her whole life. Although the town is no stranger to the weird and unexplained, she’s a bit of an oddball; able to see a person’s death when coming into contact with another. She runs a pawn shop, which she is now partial owner, and genuinely loves her job.

Jack, a tiger shifter, has been away for ten years, leading the human resistance against vampires and working side by side with the Atlanteans. He recently discovered his uncle (and only family member), Jeremiah, was murdered, and after being back in Dead End for less than a day, another dead body is dumped at the door to his deceased uncle’s pawn shop. Now Jack is determined to figure out what’s going on.

I absolutely enjoyed reading Dead Eye, the first in Ms. Day’s new Tiger’s Eye Mysteries (although the book was previously released). The story is shared by the first person POV of Tess, and features Jack, one of the heroes from the Warriors of Poseidon series. There are so many delightful surprises in this one... and not at all what I expected after reading the Warriors of Poseidon. Dead Eye is filled with light-hearted humor and has a cozy-mystery vibe.

The mystery of who killed Jeremiah and what is happening in Dead End builds slowly and clues delivered sporadically. Tess and Jack do a great job of seeing the interconnected strings that tie everything together. While it’s not a surprise who did what and why by the time the master plan is revealed, it unfolds in a way that is thoughtful and interesting.

Tess is a great heroine. She’s an “average Joe” (with a weird gift of being able to foresee a person’s death), who rises to the occasion. She finds courage when she doesn’t expect it. She’s kind and good, but has a wicked side when it comes to seeking vengeance against those who’ve done harm to innocents. Jack compliments her in many ways,  bolstering her and allowing her to be more. Their attraction is slow-burning but obvious to the reader.

Dead Eye is a fabulous, engrossing story filled with great humor, interesting adventures, and a hint of romance that has the potential for some serious heat. I found myself cheering for Jack and Tess. I enjoyed meeting all of Dead End’s denizens, with all their quirks and flaws. The core group is solid and will look out for one another, which sets this up to be a wonderful series. 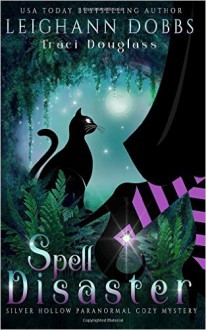 This book was pretty good. I will start by saying that I did not read the first book. I found this as a free ebook, not knowing it was a series, and gave it a shot. After reading it, it was almost like I didn't have to read the first one, because so much of the text was dedicated to recap of the first one. This got really repetitive and was not necessary to understand the story.

The writing was pretty good. Very descriptive (maybe a little too descriptive at times). I think it got a little too detailed as the book went on, especially once the narration split between following Issy and following Dex. The narrator often repeated what each person was feeling and it really wasn't necessary.

My big critique of this book was that OH MY GOODNESS THESE CHARACTERS ARE SO DENSE! The narrator pretty much gave all of the plot twists away in the beginning by giving too much detail. And the characters couldn't figure it out until the end. So the reader is stuck knowing what is going on while the characters bop around, following dead end after dead end. Not only that, but when they finally figure it out, the narrator gave to a recap of the whole situation, detailing events that the reader was able to pick up on from the start. The writing was overly simplistic and a little insulting to the reader.

Despite this, it was still an interesting read. I liked the whole demon aspect of it. I'll admit that I'm not a huge fan of romance stuff, but I was able to speed-read through those sections to get back to the main story.

A quick and simple read for when you don't want to think too much. 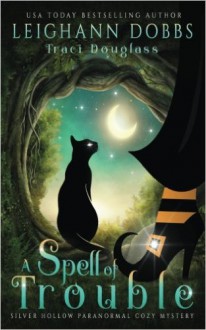 *I was voluntarily provided this review copy audiobook at no charge by the author, publisher and/or narrator.

Okay. I'm sold on the little extras in a story. Amy adds tinkling music as the title is read, and I just loved it. Amy does well with giving small personality differences when Issy and her cousins are together talking. There are little tone and attitude feel to them as she speaks. Amy has made it easy for me to forget she's narrating. This is a good thing! That means the story comes through strong, she's letting the story evolve through her and itself. Well done.

The story moves rather fast in talking to suspects and leads. I liked the quick moving of details and not getting caught up in details. I didn't feel as we missed anything, just that the story moved along a a good pace to keep me interested.

There are photos that Issy is looking for that could incriminate her cousin Gray. Though, I'm not sure what the hard push for these photos is. I'm wondering what else would be in the photo other than Gray in his birthday suit in the woods. There has to be more, right? And the strange feel we get from Gray and another character... we learn a bit about what his ritual was for in the end. But, as I went through the book I started to pick up that magic and witches is kept at a secret and that's what the photo's would have damaged for Gray, make him look like a witch with the town and get in trouble with the council.

I enjoyed the relaxing, cozy mystery here. Sometimes it's nice to take a slower pace then the high octane fights and rush. This was just that for me. You don't have the high suspense thriller heart-thumping worries. Or high action. It's exactly what the book is classified as, a cozy mystery. With a dab of paranormal. There was danger, but nothing that felt like our Quinn family was next on the list to die, though in the end there is a chance.

Issy works with different cousins and other paranormals in town to get to the bottom of the magical case. I found the characters to all be kind. I enjoyed them and their familiars. Even the one character that wasn't really a friend, she starts to grow into more. Nice creation here. Issy and her cousins are great together. I almost got the feel as if they were siblings more than cousins. It's a very tight family network here. And seeing them interact with their different familiars and each others was cute. But I think I really enjoy Brimstone, he's like a mysterious character. Brimstone is a stray cat that isn't anyone's familiar, yet he talks. We don't know when he'll show up.

The best way to solve a mystery is dig in, ask questions, and keep thinking when a suspect doesn't pan out at first try. It may lead you to the true culprit. And Issy does just this.

I enjoyed the relaxing mystery here and enjoyed the characters with their familiars. I would like to continue with the series as it's a story that's easy to relax and just enjoy. 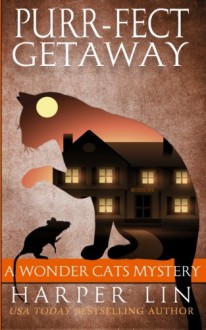 Bea and Aunt Astrid kidnap Cath and take her on vacation to a spa. Weird things are occurring here. Cath sees things. A murder occurs and our ladies must try to figure out why and how to help.

I do not want Bea and Aunt Astrid to plan a vacation for me. Cath's vacation was a vacation from hell. So much happens to her and at the resort. Once again they have to get involved to protect civilians. Jake is also affected but does not want to tell Bea. Cath does meet someone at the resort but I don't like him. Blake is a jerk but does try to redeem himself. I hope Cath gives him a chance to at least explain. I don't feel the two of them are done with each other yet and I don't trust her new guy.

The story was interesting. It was scary this time as Cath, Bea, and Aunt Astrid go deeper into witch mode to discover what is happening and who is responsible and why. What they discover is chilling.

I hope there is another book as I don't feel these ladies are done with us yet.

John Roy has committed suicide and his wife said that two black eyed children came into the house to use the phone the night before his death. Astrid, Bea, and Cath know something is wrong and begin to research what it is and what to do to stop it. They realize someone has called a very powerful demon who feeds off fear. Can they stop it?

I was held enthralled by this tale. Evil is upon Wonder Falls and it is up to our heroines to sort it out. Cath is also getting closer to acknowledging her feelings for Blake. I loved watching the women and their cats fight back the evil. I enjoyed that Cath was not as well behaved as she should have and suffered the consequences for it. I am po'd at Blake. I'd like to smack him upside the head.

I love this series and cannot wait to read book 5.