Log in with Facebook
or
Wrong email address or username
Sign up
Already on BookLikes? Log in!
Incorrect verification code
Please, check your email, the code to access your BookLikes blog was sent to you already.
Enter code:
« Back Send
back to top
Search tags: pierce-brown 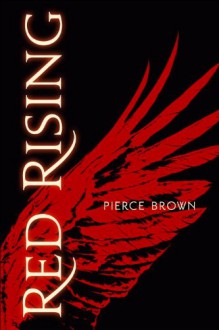 I think I have put aside more books than I have finished so far in November. That's not encouraging.

You know what else is not encouraging? Darrow and his "rebellion". At least I think that's what the endgame is suppose to be here. I'm not really sure. I had a hard time getting past the My Fair Lady portion of the book. So many people compared this book to a grittier version of Hunger Games. At least Hunger Games had some action. Maybe something will happen in this book eventually but I'm not going to waste time finding out.

Oh boy, this book … I had some real issues with this book.

First off, this is a poor man´s Hunger Games, which doesn´t make this an original read in the first place. And since I´m not a huge fan of the Hunger Games and dystopian books to begin with, this book definitely suffers because of this.

However, this isn´t even my biggest gripe. I could have lived with such a story if only the main character would have been likeable and interesting. Unfortunately, Darrow, the male version of Katniss Everdeen, is neither of these things. Instead Darrow has a character trait that bores me to no end – he is good at everything for no rhyme or reason. He comes up with elaborate plans and can see through things and I´m at a loss how he does it. Because I don´t think he is the sharpest tool in the shed, especially when it comes to his own people. How often can you be lured into a trap before you realize that you should not trust anyone? Seriously! And a note to the author: don´t try to kill of your main character too often over the course of a book. At some point it just gets old.

As you might tell, I was bored for a big portion of it. Especially the middle part dragged on and on. I liked the beginning of the book, because the world building in that part made sense. If a book is set on Mars, I want to feel like I´m on Mars and not in medieval Ireland. And the majority of the book was set in medieval Ireland, even though we were still on Mars. See, I´m confused.

I will take a sneak peek at the second book in the series, because I have heard that this is supposed to turn into a sprawling space opera, which I am intrigued by. But if the second book is written in a similar vein as this one, chances are that it will be a quick DNF.

This book is a bit weird. It is a more brutal version of The Hunger Games, with a little bit of Game of Thrones and Roman mythology thrown into it.

Btw, does the gods in the Roman mythology have a Mount Olympus? Because in the context of this story, the godlike figures (they aren´t really gods, but you know, they pretend to be) have a Olympus.

... from dysfunctional families and murder. Instead I´m going for a dystopian science fiction, which isn´t a cheerful topic either. Oh well, at least it´s something completely different.

I´m using my second transfiguration spell card for this book. 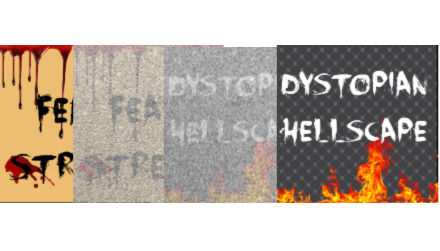 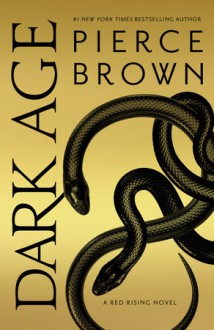 From a distance, death seems the end of a story. But when you are near, when you can smell the burning skin, see the entrails, you see death for what it is. A traumatic cauterization of a life thread. No purpose. No conclusion. Just snip.

I knew war was dreadful, but I did not expect to fear it.

How can anyone not, when death is just a blind giant with scissors?

This will not end well.

Lysander au Lune has a few thoughts along those lines pages after falling in an Iron Rain on Mercury, but this was one of the more striking examples. For a "bad guy," he's awfully easy to identify with. He's trying to establish an alliance between the remnants of the Society and the Outer Planets to crush the Rising once and for all, and so has to curry favor with Atalantia by joining in the counter-attack on Mercury. This attack does not go well for anyone—both armies and the civilian population on Mercury took on incalculable losses, provoking a lot of thoughts like this on both sides, I'd imagine. And that's just how this novel starts.

It's been almost a week since I finished Dark Age and I haven't been able to stop thinking about it—plot, characters, and ramifications of the events of the novel—and I don't think I will anytime soon. I've joked (online and IRL) that I've used "brutal" in every post I've written about this series (at least once) and I was going to have to get a new thesaurus to help me come up with alternatives before I wrote this—not just so I'd add a little variety to the posts, but primarily because it just doesn't seem to be descriptive enough about what happens here.

Iron Gold shows us what can go wrong as a society throws off the shackles of tyranny, but is still learning how to act with a replacement for that system. And it wasn't pretty. Dark Age is all about what happened right after Iron Gold how does Darrow follow-up his dramatic act on Mercury? How do the remnants of the Society react to that? Can Virginia maintain control of the government (and should she?), and what's going on with the kidnapped children and the kidnappers?

None of the answers to those questions are easy, and it's hard to like any of the answers you might find. But man, what a book. Brown surprised me time after time after time and I have no idea what to expect for the next volume. You find yourself hoping that Character X will survive whatever dire situation they're in, but you almost hope they fall now, because whatever is coming up next for them is going to be worse, much worse.

For a change, this isn't primarily Darrow's story. But even as I say that I want to object. The opening chapters are full of him, but after the first 100 pages or so (I'm estimating because I had to take it back to the Library already), other characters—primarily on the Moon and Mars—get the majority of the space. At the same time, there's not one page—not one paragraph, really— that isn't in the shadow of Darrow. His acts, his movement, his intentions, his affects on various individuals and/or society at large. Even if the Red Rising is put down and the demokracy is defeated, it will be generations before Darrow's impact is forgotten. So, yes, he's sidelined for most of this novel, but ultimately, it's still all about Darrow.

I can't take the time to talk about everything that I want to, but if anyone's going to defeat Darrow/the Rising, I wouldn't mind if it was Lysander. Sadly, Lysander wouldn't be alone, and his allies aren't as honorable or noble (actual nobility, not hereditary titles) as he is—so I hope he goes down in flames.

Yes, I didn't think Iron Gold was necessary—or as good as the initial trilogy (while I did enjoy it)—but as it paved the way for Dark Age (and whatever comes next) I'm not complaining. This was probably the best thing since Red Rising (in many ways, probably superior), and I'm once again invested in this series.

Brown's writing has never been better—this is his biggest book to date in terms of size and scope. Yes, it's an investment of time, but not one that's impossible to surmount (and is totally worth it). It's a longer book, with more characters, more perspectives and more potential to surprise the reader (both in this book and what comes next). It's like he took Yeat's "The Second Coming" and said, I wonder what verse 1 would look like in the Red Rising Universe?

I can't do justice to this book, I just can't. There's not an ongoing SF series that I can recommend as highly as this, and whatever flaws there might be are dwarfed by the strengths to the extent that I can't even enumerate them. If your interest post-Morning Star has waned, I encourage you to give this a shot. If you've never tried this series, do not jump on board here. Go back to Red Rising, and after you've endured (and loved) the emotional battering that follows, you'll see what I'm talking about.

“What does Mars mean to you, Nakamura?" I ask.

The Terran hesitates. “Hope. And you, my liege?”

Virginia says a lot in that last syllable (even ignoring the pun). It sounds ominous there, and I think it tells us everything we need to know about the rest of this series.