Log in with Facebook
or
Wrong email address or username
Sign up
Already on BookLikes? Log in!
Incorrect verification code
Please, check your email, the code to access your BookLikes blog was sent to you already.
Enter code:
« Back Send
back to top
Search tags: plays-of-shakespeare 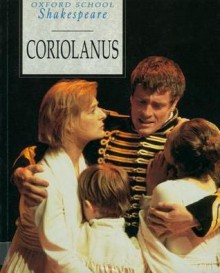 Not my first time seeing Coriolanus performed, but the performance that I have most enjoyed.  This was the Stratford (Ont.) version from 2018. Since I’ll be participating in two elections this year, first provincial, then federal, the nature of leadership and democracy are top of mind right now.  The friend who accompanied me to this screening also commented on the timeliness of the theme.

I must say that Lucy Peacock, playing Coriolanus’ mother, was amazing!  Who knew that Coriolanus had a Tiger Mother? She played her part in a way that made me laugh as she steered her son exactly where she wanted him to go.  Ms. Peacock stole every scene that she was in.

The play had a modern setting, something that I don’t always appreciate in Shakespearean drama, but with this play it worked.  A feature that my friend and I both particularly appreciated was a portion of the dialog which was done via text message. It received snickers from our theatre audience and was completely appropriate in its context.  While remaining true to the play’s dialog, it was a nifty updating.

If only we could send all of our politicians to see Coriolanus and hope that they would understand how contempt for the electorate does in a great military man! 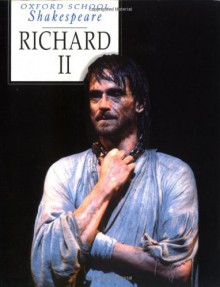 I am going to have to see a more traditional version of this play before I will be able to give a true opinion of it. I went to see the Almedia Theatre version at my local movie theatre and I didn’t care for this staging of the play.

The setting was extremely spare. There was only one room and all of the actors were on set all of the time. No furniture, only a series of buckets, which puzzled me a first. No real costumes, either. All the actors were dressed in T-shirts and jeans or sweatpants. When not involved in a scene, the actors would stand by the wall of the one-room set.

The reason for the lack of costume became apparent as the buckets were brought into action. Containing water, soil, and stage blood, they were slung around with abandon and everyone ended up covered in something. Why bother with elaborate costumes when you’re just going to roll everyone in the mud and blood?

But what capped things off for me was the man in the role of Richard II. He had a nervous tic which distracted me beyond my ability to ignore it. Even while delivering emotional speeches, he was rubbing or scratching his butt. What I noticed (early in the play) I just couldn’t un-see and it made it next to impossible for me to concentrate on the dialog and plot.

So, nothing to do with the play itself or with Shakespeare’s writing, but I’m going to have to see another production in order to have an unbiased opinion of Richard II. 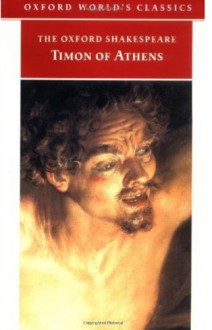 Timon of Athens is a bitterly intriguing study of a fabulously rich man who wastes his wealth on his friends, and, when he is finally impoverished, learns to despise humanity with a hatred that drives him to his grave.

This is probably the Shakespearean play that I like the least of those that I have seen thus far. The plot line reminded me strongly of many celebrities today, who have made a ton of money and don’t really pay attention to the details of it. They spend wildly on themselves and their hangers-on, and then suddenly find themselves bankrupt. Just as suddenly, all of their “friends” disappear, leaving them holding the bills. Timon follows this pattern to a T.

But, more often than not, today’s celebrities pick themselves up, dust themselves off, and reorganize their lives and end up living in a more modest, reasonable way. They realize their part in the whole debacle. Timon doesn’t—he blames everyone, even the people who tried to help him. And it’s all everyone else’s fault, he doesn’t accept a bit of blame for his misfortunes. He goes from one extreme to the other—from wealth to living in a cave eating roots. When he discovers buried treasure, instead of taking responsibility & getting his life back on track, he once again uses it to prove that he is hard-done by.

I can see why this play is rarely performed now—Timon’s form of self-denial after his ruin is hard for me to empathize with. I can understand being more careful in relations with other people, but I don’t understand his Unabomber-like withdrawal from human society. For me, roughing it is a cheap motel, so you won’t find me living in cave no matter how low my fortunes may fall. 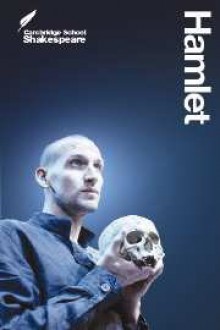 I went to an encore screening of Hamlet, starring Benedict Cumberbatch this weekend.  I went in a bit skeptical, thinking that he might be a bit too old to be playing the part of a young man in university, but he won me over.

Hamlet is my favourite Shakespearean play and it’s been a long time since I saw it performed.  It remains my fav, and I’m so impressed with how many quotes and sayings from the play are still widely used in current discourse.

The theatre, naturally, was filled with mostly grey-haired folk, so there was a bit of a universal snort when Hamlet tells his mother that she’s old and shouldn’t be interested in sex anymore!  Since this is the first time I’ve seen the play since losing my own parents, I found myself much more sympathetic to Hamlet’s situation however, expected to get over the death of his father in a mere two months!

A most enjoyable experience.