Log in with Facebook
or
Wrong email address or username
Sign up
Already on BookLikes? Log in!
Incorrect verification code
Please, check your email, the code to access your BookLikes blog was sent to you already.
Enter code:
« Back Send
back to top
Search tags: pulitzer-prize-for-fiction 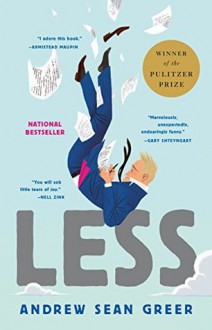 I have no idea how I feel about this. I wasn't super impressed. I liked it okay but not enough to say "here, you have to read this" to anyone. Less was borderline spineless, always getting cut off mid sentence and never standing up for himself. And then the ending was like How I Met Your Mother. Really? That's how this all ends? Bah.

I don't know if I love or hate Less.

It's bad. I stress when work is so busy because I never have a chance to catch my breath. Well, right now it's the opposite. I'm stressing because we aren't  busy, and you need business to keep the doors open. Today, I worked alone from 6am to about 8:40. I filled 5 orders, all for 2 people or less. I did some prep, then i read for a while, then i did more prep, then back to reading. Then my anxiety spurred me to get up and DO something, so I cleaned and degreased a sink, set up the dish pit, and tinkered with organizing things on the prep table. Then back to reading until my boss came in to relieve me. Lord, it was dull.

Anyway, the book. I can see why everyone liked this. It's witty and well written. I just question Less's decision making. People keep giving him random pills at clubs or recommending drugs that he promptly looks for and takes. Maybe because I'm not in the drug culture and I've had really bad experiences with addiction. Anything but pot upsets me. I lost a cousin to heroin. He was a mule, and a balloon popped in his stomach while he was transporting the stuff across from Tijuana. (No, I swear to God, that is true. I went to his funeral when I was 17.) So drugs being casually accepted and taken without question just....unsettle me.

Other than that, I can completely identify with this man. He's like a Male gay me.

I have this across 3 different media platforms, so I'm sorry if this keeps flipping from percent to minutes to pages.

This whole trip to Mexico seems sketchy as Hell. 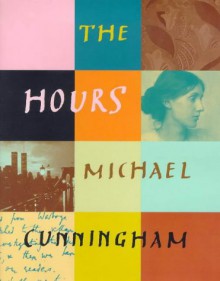 This short book was winner of the Pulitzer Prize for fiction in 1999 and takes as its start point the graphic suicide of Virginia Woolf. The tragic loss of one of the leading lights of the 'Bloomsbury Group' in 1941, finally succumbing to the fatal depths of recurrent depression at the age of just 59, conferred a profound loss on the cultural health of a nation, yet posterity has rightly lauded the author's legacy. In his homage to Woolf, Michael Cunningham interweaves the thoughts and experiences of three female characters: Mrs Woolf (Virginia), Mrs Brown (Laura) and Mrs Dalloway (Clarissa), Located in 1923 London, 1949 L.A. and 1990s New York , respectively. Virginia is mulling over ideas for the fictional character yet to inhabit her most famous novel, while Clarissa and Laura are spending a day in preparation for a celebration in their respective times and place. Successive chapters rotate between the discrete storylines  culminating in an unusual cross-over in the end, but the snapshots also draw on some common themes, which beset each of the protagonists, irrespective of the prevailing social norms in 'their' time.

What rescues the book from a sense of cerebral indulgence on the part of the writer though, is the moving beauty of the language and as the reader quaffs down the pages like a smooth, warming liqueur, it is good to savour the interplay of quite sumptuous tones. It also remains consistent with the 'stream of consciousness' storytelling deployed by Woolf in 'Mrs Dalloway' (published 1925), albeit this example is not entirely satisfying, given its fragmentary nature and slightly bitter aftertaste

Still, the takeaway theme for me from this book is the individual capacity, indeed responsibility, to create and shape one's life, within the context of the prevailing time and to weigh the personal sacrifices and gains that attend our choices. Some of the metaphors were also interesting, for example, some mistakes such as cake-making are retrievable, others require stoicism to deal with the consequences, but when it comes down to it, life and love is fundamentally fragile...and fickle.